Making movies with the GH2 - The Inside Story 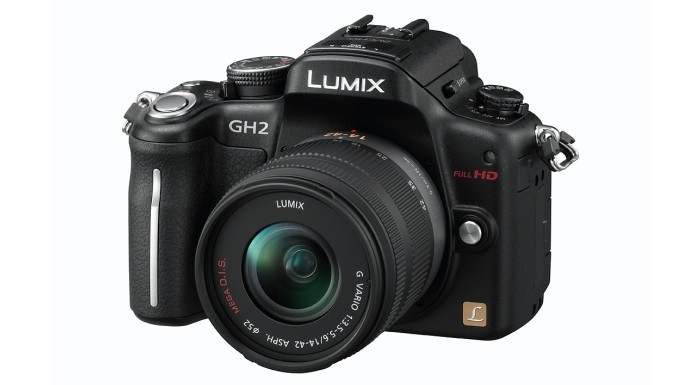 Martin Beek is forward-looking DOP with decades of experience. Based in Eindhoven in the Netherlands, He's always looking for the best quality at a reasonable budget.

After spending thousands of Euros trying to create that elusive “film” look with Sony EX1 and EX3 HD camcorders equipped with Depth of Field adapters, I was pleasantly surprised when DSLR stills cameras that could actually shoot full HD (1920x1080 pixels) video arrived in late 2008.   The first of these was the Canon 5D mk II: a camera with an aesthetically unparalleled video image and very shallow depth of field. It rendered my EX1 and Shoot35 depth of field adapter totally redundant.

The Canon had its teething troubles but after some firmware updates - not to mention firmware hacks by third-party developers - the Canon 5D mark II became the most widely used digital film camera in the coming years. It was helped in this by the exposure and airplay it got from filmmakers like Philip Bloom and from the US TV series House, which used the 5D exclusively for one episode. Philip's Bloom’s blog and his beautiful DSRL movies opened the floodgates and made clear that DSLR filmmaking was an important new phenomenon and that it was here to stay.

Since those early days of DSLR shooting, numerous TV commercials, music videos and even feature films have been produced using the 5D. Companies like Technicolor and my own company, Marvels Film, developed special camera “picture profiles” to make the image of DSLR cameras more suitable for commercial film production. The Marvels Cine picture profile has been downloaded over 350,000 times since it's first release in 2009.    The secret of the 5D's success lies mainly in it's price (below $2000), its ease of use, its availability (almost literally) on every street corner, the simple editing workflow and last but not least: the camera produces filmic images that renders it fit even for feature film cinema production.
Around DSLR filming a whole new industry evolved, offering specialized camera rigs, accessories and filmmaking tools. But most of all, it inspired thousands of people around the world to pick up a camera and become a filmmaker.  To my amazement - and I'm still amazed - until the end of 2009, Canon remained the only brand producing video-capable full-hd DSLR cameras (also called HDSLRs). Nikon, Sony and others never offered any serious competition and seemingly lagged behind. Whether this was for commercial/strategical or technical reasons remains unclear.

At the end of 2010 Canon lost its monopoly on the market to what I think was an even more remarkable newcomer: the Panasonic GH1. This camera featured the Micro FourThirds lens mount and had a smaller chip size compared to the 5D with its “full size” sensor. With a somewhat shallower depth of field, but stunningly detailed images for it's price (approx. £$800), the “Panny” GH1 looked like becoming the first serious competitor to Canon's D-series cameras.

Russian “hacker” Vitaliy Kiselev even made a special version of the GH1's firmware enabling other frame rates and better image quality (making it possible to tweak the video codec and compression settings).

The GH1, although a technical marvel, was not a camera for the masses. It's non-european 23.97 video frame rate and the need for fiddling with technical hacks (that violated the warranty) rendered it a “camera for geeks”. Although people like Philip Bloom did a few very positives blogs about the camera, supported with beautiful images, it never really caught on with videomakers.

But Panasonic came back strongly. In a way that even left Canon scratching it's head...

At the end of 2010 Panasonic released a few pre-production models of a new DSLR camera to a handful of professional filmmakers. I was among the lucky few to test (and keep) this successor to the GH1, called the “DMC-GH2”. Since I never saw it's predecessor in real life, I had no idea what to expect. From the pictures I couldn't have guessed it was such a small and lightweight camera. I have the same “problem” now with the Red Scarlet-x. Until the moment you actually hold it, you can't foresee how it's form-factor feels in the hand, its balance or even its actual size.

When the GH2 arrived in its oversized box, I was flabbergasted to find a camera that was barely larger than my hand and as light as a feather. A treacherous part of my brain said, perhaps accurately: “you'll look like a twerp filming with this camera”. But don't let that first impression deceive you. Inside its tiny plastic housing lives a HD film-making monster waiting to get out. Apart from its highly portable and inconspicuous form factor, it has a number of advances over all the other DSLR video-capable cameras:

That last item was a real advantage over any other DSLR camera. Having a clean, uncompressed, full HD HDMI output on an HDSLR camera means that you can record that signal directly to a professional external digital recorder, bypassing the camera's video compression! Prices of such recorders dropped below £1000 with the arrival of the “Ninja” recorder, by Atomos, in early 2011.

With the right lens (e.g. the Voigtländer 24mm f0.95 or any other choice of DSLR lens using a adaptor ring) this little camera rocked! Philip Bloom has published a Christmas Camera Shoot-out 2011 video on both his blog and YouTube, with the GH2 being the absolute winner when it comes to resolution and clarity. It blows £10,000+ cameras out of the water for a tenth of the  price. Regrettably for Panasonic, in my view it even outclasses Panasonic's own AF101 £4500 camera!

It's rumored that Panasonic's professional division is not very happy with the GH2 release, because it's deploying a far more modern and advanced image sensor than it's AF101 flagship. A little miscommunication between Panasonic's professional and consumer divisions?
What would AF101 owners, who paid over 4000 quid for this camera think of this? Well, as a matter of fact – i'm one! To cut a long story short, I was happy to flog my little-used AF101 for a reasonable price in 2011. You can reason that the AF101 is a real video camera with many professional controls and a better look-and-feel form-factor-wise, but I genuinely felt the GH2’s image was better...

Please have a look at Phil's 2011 Christmas Camera Shootout and watch the GH2's 400% blowups – it's absolutely amazing. If the Canon 5DmkII produces imagery fit for cinema projection, then this little camera will surely match the requirements: retaining enough resolving power to cover a 40 foot screen (or larger) when blown up to 2K cinema DCP resolution. It surely does!

Well, enough euphoria for now. Let's have a look at some drawbacks i've discovered while using the GH2.

Even an amazing camera has drawbacks

When I started using the GH2 in conjunction with the Atomos Ninja ProRes HDMI recorder, I noticed a nasty problem with the GH2's HDMI signal. At roughly seven second intervals, the Ninja recorded a double frame. On inspection, it seemed that the 50 fields that make up the 25 frames (“25p in a 50i wrapper”) were corrupted in such a way that restoring them seemed impossible; something that made editing the recorded footage virtually impossible.

Thanks to an extremely active thread on the subject at dvxuser.com, a solution was devised using a PC command-line tool called “AviSynth”. A number of scripts and batchfiles restored the footage and outputted an 8 bit uncompressed video file. But to cut a long story short: it didn't work all the time, it meant an extra workflow step and extra time, it only worked on a PC and the resulting footage was no longer ProRes.
I have used the GH2 in combination with the Canon 5DmkII the Canon 7D and the Sony EX1. I had no problem matching the footage and, in my humble opinion, it blows the Canons out of the water!

It's a new year with new exciting possibilities and challenges. One challenge I've taken is buying a Red Scarlet-X camera. I'd like to write about using the Red Scarlet in a future article, looking into the possibilities to use that very special “raw” camera in conjunction with the GH2 and with the Atomos Samurai HD-SDI recorder.

Note from the Editor: The subject of digital still cameras competing with the same manufacturer’s video cameras is highly contentious, with strong feelings from customers and camera makers. To be completely fair to Panasonic, I gave them a chance to respond to Martin’s comments.

Here’s what Rob Tarrant, European Product Manager, Panasonic, had to say about the GH2 vs the AF101:

“The two cameras have been expressly designed and optimised for different functions. Whereas the GH2 is primarily a stills camera, creating excellent still images, with video capability added as a secondary function, the AF101 is first and foremost a video camera. In this respect its focus is on the moving image where the emphasis needs to be on Anti-aliasing and good contrast detail. Overall, the result is that it gives a better picture for video use than the GH2”