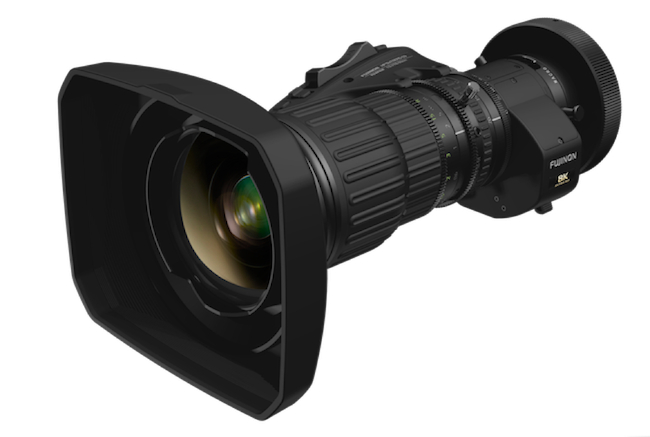 Sporting events might not be running right now, but FUJIFILM is getting ready for when they are with some important new 8K capable broadcast glass.

With NAB cancelled, manufacturers have been embracing remote conferencing en masse to inform the world of new products. FUJIFILM recently held its major product reveal for four new significant lenses at a well attended worldwide Zoom event. The new products, which are aimed squarely at live broadcast feature some significant advancements. Despite the fact that most of us will only ever get to see such products from afar, the achievements that FUJIFILM has made are no less significant. Particularly given that 8K live production is fast approaching.

Embracing this 8K future, the company announced both a 66X box lens, the HP66X15.2ESM, and a portable lens, the HP12X7.6ERD. Both lenses are aimed at the new generation of live broadcast cameras that feature three 1.25" sized sensors.

FUJIFILM was at pains to emphasise how fine and precise the engineering to produce glass that is capable of resolving 8K resolutions needs to be. This was starkly illustrated by a satellite view of the Los Angeles area of the US. The company said that resolving 8K was proportionally and mathematically the same as resolving an individual golf ball from this view.

Even without the 8K resolving abilities, the specifications of these new lenses are impressive. The HP66X15.2 can go from 15.2mm on the wide end all the way up to 1000mm on the telephoto end. On the other end of the scale the HP12X7.6 is currently the world's widest 8K capable lens, going from 7.6mm to 91mm. This enables it to give a 93.3 degree angle of view at its widest focal length.

Both these lenses feature the latest auto focus technology, which I'll come to in a moment. The HP66X15.2 also features the latest optical image stabilisation technology, which from the demonstration we were given is an extremely impressive achievement. Demonstrated on the FUJINON UA125X8 (below), both high and low frequency vibrations were almost completely eliminated even at the full 1000mm focal length.

The question arose regarding the relevance of 8K to broadcasters now, and how quickly we might see the progression from 4K to the higher resolution. Fujinon was quick to point out that much of the initial demand will be coming from China and Japan, with the drive for 8K in those places currently accelerating quite quickly. Japan, for example, already has 4K/8K capable satellites in place ready for the emerging technology.

Much of the reason for the demand is not coming from the idea of actual 8K broadcast, but initially from the ability to be able to pull 'digital zooms' and extractions from the higher resolution, even if the final output is 4K. In other words 8K gives broadcasters flexibility. 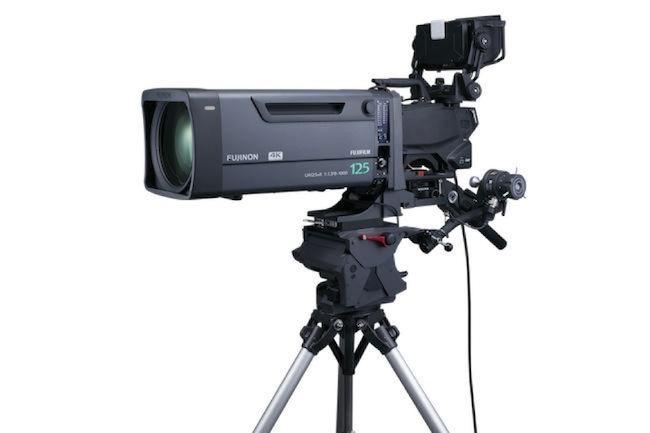 Next up we have the 4K UA125X8BESM, another box lens aimed at the live broadcast market. This new lens has a claimed world's highest zoom ratio of 8mm to 1000mm, with an f/1.7 aperture, and is designed to work with 2/3" chip cameras.

It was the UA107x8.4 AF which was one of the stars of the new line-up, however. This updated lens features a new advanced autofocus system. The lens itself now houses a newly developed phase-detection autofocus sensor. A system that has been developed with an 8K future in mind.

Modern UHD resolutions require even more critical focus than previously. More than that, in sports broadcasting the autofocus system needs to stay locked when it needs to be, as well as being ultra responsive.

The UA107x8.4 AF boasts an autofocus response time of 0.45 seconds, and allows operators to lock onto a person or object and continue to track them accurately even if they temporarily disappear behind something else. An example of where this is particularly important is during a football match, where players are often weaving in and out of others on the pitch.

In fact the system is so good that in trials the company told us that sports camera operators were trusting it fully without having to resort back to manual focus.

In addition to the new lens designs, FUJIFILM announced two new technologies that will be compatible with most FUJINON 4K and 8K lenses.

ARIA, which is the much nicer way of saying Automatic Restoration of Illumination Attenuation, compensates for light loss that occurs over the zoom range of a lens.

When discussing the incredibly long focal length ratios that are featured in the lenses above, there is always going to be a compromise somewhere. Light loss over such a range is inevitable, but it is also incredibly undesirable when working in a live broadcast environment.

In order to achieve consistency, FUJIFILM has developed ARIA, which effectively compensates for the light loss curve by smoothly introducing gain into the picture.

ARIA is turned on from the camera remote control panel, and the lens then transmits the focal length position from the internal 16-bit encoders and the f/stop/exposure ramping curve to the camera. The camera then introduces the required amount of gain to compensate.

With the low noise characteristics of modern cameras this is an effective solution to a problem that almost all camera ops will be familiar with.

Furthermore, the ARIA system also compensates for relative illumination issues, where corners will be slightly darker than the centre. Again this lens specific information is transmitted to the camera via the RCP. 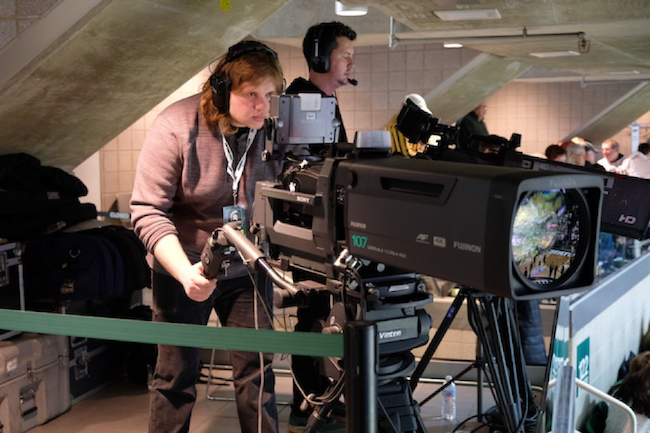 Last on the list of announcements was the Remote Back Focus capability. Anyone familiar with broadcast lenses will know how important performing an accurate back focus adjustment is.

In situations where it is impractical to adjust the back focus of a lens easily, for example if it is mounted to a helicopter, robocam, or SkyCam, the new system comes into its own.

FUJINON's 4K and 8K broadcast lenses features a Floating Back Focus system, which is controlled by a servo motor. The new RBF function allows the back focus to be corrected remotely, even if the camera is being operated from the other side of the country!

Whilst specialised lenses like this are aimed at a very specific, niche, market, many of the underlying technologies can be expected to filter down in some way or form. They also go to show that there is plenty of innovation and advancement left to be had in the area of lens design.