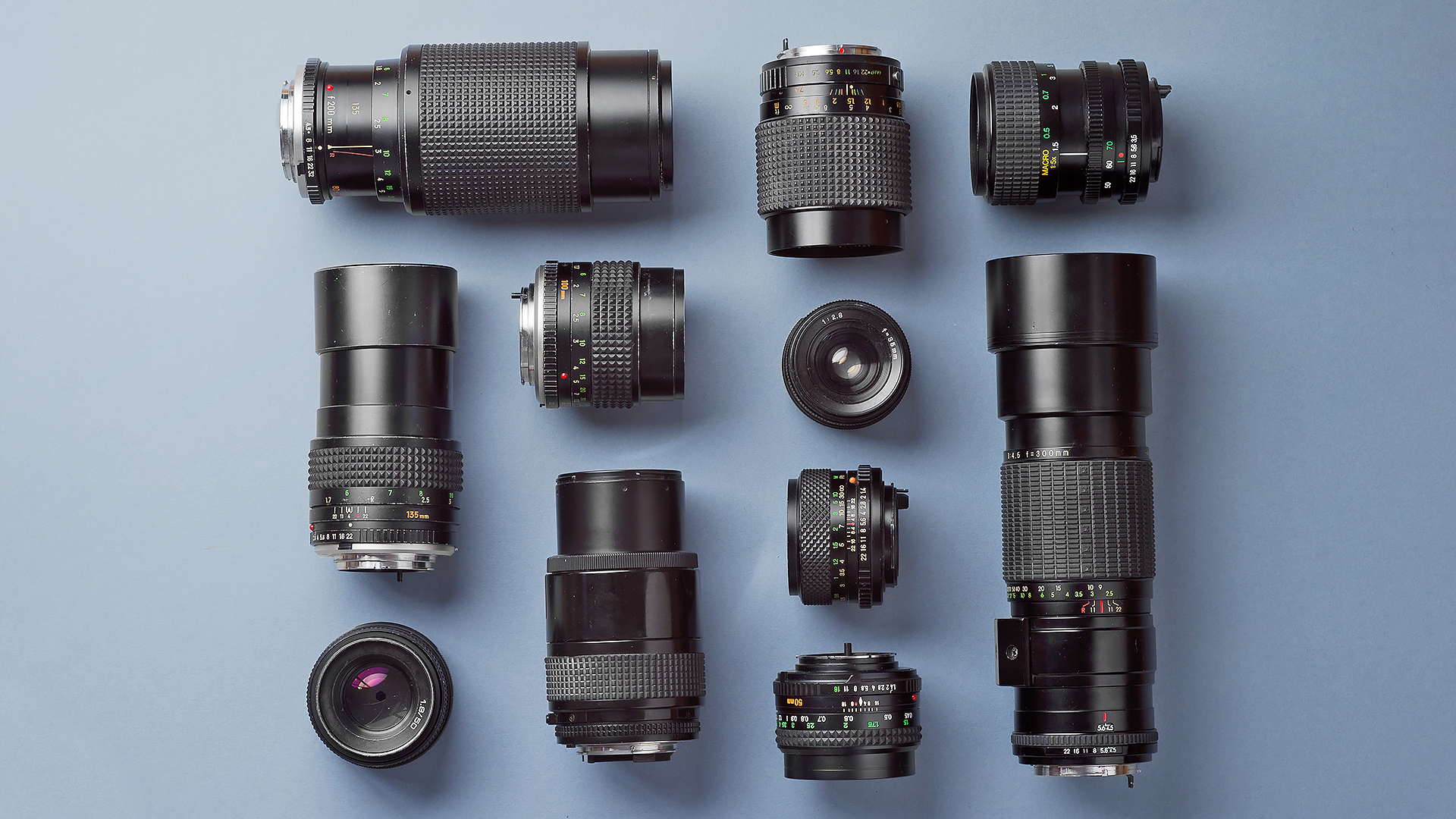 Vintage lens love. They can be quirky, they can be hard to find, but they can often offer something unique. Here are a few select vintage lenses to be on the look out for, not only to bring something different to your look, but that will work together as a useful set.

Some lenses are considered classics because of their gentle detail rendering, de-emphasis of harsh light, coloured flares and the way their geometry emphasises depth and space in the scene. Other lenses are considered obsolete, because of their softness, lack of contrast, tinted veiling and distortion. So long as we understand that there is a crucial and objective difference between those two situations, all is right with the world. 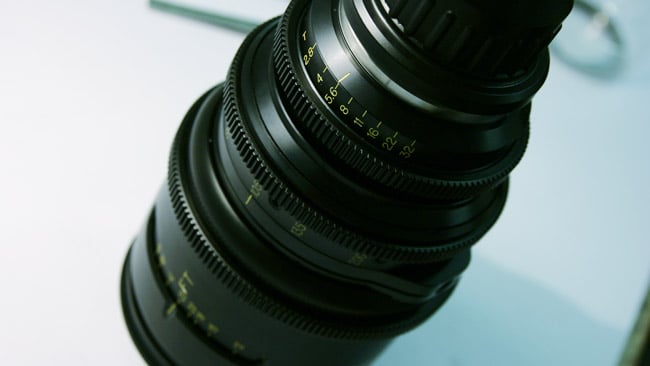 The problem for many people is that more and more lenses have been drifting from obsolescence to cult classicism. That's a natural part of the process of antiquity to some extent, but it's also made certain things alarmingly expensive. For a decade or more, the Nikon AI-s series have been a go-to option for anyone who needed something solidly built and competent for less than a few months' wages, but they've moved from “obsolete” to “classic,” pushing prices through the roof. We even saw them being rehoused at the BSC Expo earlier this year.

The images which accompany this article show the busy technicians at True Lens Services at work on lenses including those originally built for stills photography, which, in some ways, is another good reason to look into them in the first place: use them as-is for now and perhaps have a company like TLS turn them into something really special later on – assuming that a company like TLS have a solution for that particular type of lens.

In this piece, I'm going to consider mechanical primes that are available in something of a set — at least three lenses, the middle of which should be around 50mm — and which have at least some visual consistency. It'd be great to consider things like the gorgeous, classic, uncoated 1940s Leitz Summar, but the most commonly available example is the 50mm f/2 and that's not really a set (the occasional Summar 80mm macro that pops up is rather variable). Also, the older a lens is, the more likely it is that individual examples may vary, so building a comparable looking kit can be a bit of a chore. Still, it’s the sort of chore that a lot of people find quite diverting.

The first name that springs to mind is Helios, a name associated with a long-defunct organisation of the old USSR which made lenses for Zenit cameras. The most famous examples are therefore in M42 mount, although some are also found in Pentax K (some very early examples may be in the ancient Zenit-D M39 mount, but all are adaptable to EF and other modern cameras). The famous Helios-44-2 is actually a 58mm lens and one that would form the basis of a workable shooting kit. The term “swirly bokeh” was effectively invented to describe the behaviour of the early Helios 44 series and this makes it a very good place to start for anyone who is after some fairly pronounced optical effects. Huge numbers of the 58mm lenses were made and they are frequently found on your favourite online auction site for less than the cost of a decent dinner. 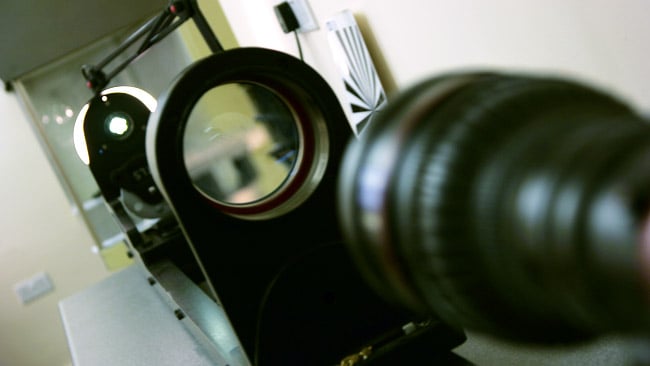 Helios made lenses from 15 to 200mm and there are many options in many of the focal lengths. In a pleasing example of the Soviet tendency to apply number systems to everything, the model numbers tell us quite a lot about the lens, or at least about the manufacturer's intent for the lens.

In the case of a Helios-44M-2, the 44 tells us the focal length (though not directly; 44 is the 58mm), the M designates M42 threaded mount and the 2 is a measure of optical behaviour, including both sharpness and a “colour formula” characterisation. Choosing lenses with matching quality numbers may make for closer matching, but with anything like this, there's likely to be a need for some experimentation.

Things to watch out for include the variable number of iris blades, from 13 (round bokeh) to six (hexagonal bokeh) which may cause matching issues even if we're enthusiastic about that sort of thing. There were both single- and multi-coated versions. Later models, with higher quality numbers, are likely to be “better” by modern standards but may lack the optical high jinks of the original designs. Wider options include a 28mm and 35mm lens. The 85mm (numbered Helios-40) is almost as adored but rarer and tends to be significantly more expensive. 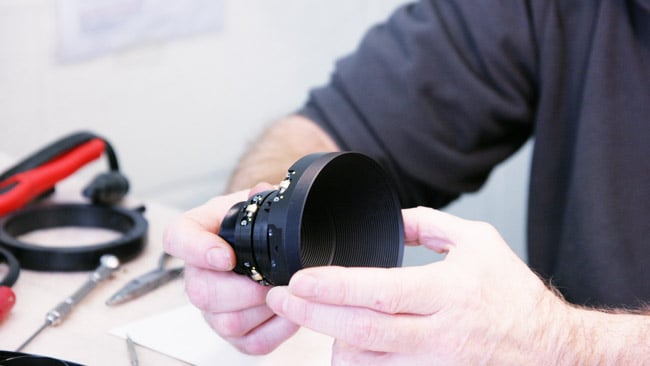 There are probably as many cheap, fast, 50mm primes on eBay as there are words in this document, but only a few of them might form a reasonable basis of anything approaching a set. Olympus's OM system is less historic than some common options, having been made from 1972 until 2003, but that long history has left us with a lot of options. With anything like this, it's often a good idea to buy lenses which at least look superficially similar as they're likely to have come from something of the same design stable.

The mechanical layout of Olympus-made lenses is unusual, with the iris at the front and the focus at the back, although some of them (particularly the expensive 100mm f/2) have long, almost cinema-style focus travel, perhaps as a result.

Olympus made primes in the Zuiko range from the 8mm fisheye with its 180-degree field of view, all the way out to the mighty but deeply sluggish 1000mm f/11. Very long lenses are something of a feature of eBay's OM-mount selection, with prices kept moderate perhaps exactly because the lenses mainly sit in the valley of disinterest between high-tech and historic.

The sought-after 100mm f/2 is ten times that price, and it's a concomitant of the Olympus range that there are both more and less affordable options at almost every point. Huge numbers of third-party lenses also exist in Olympus mount and so it's likely that almost anyone could find something to love among such a wide selection. 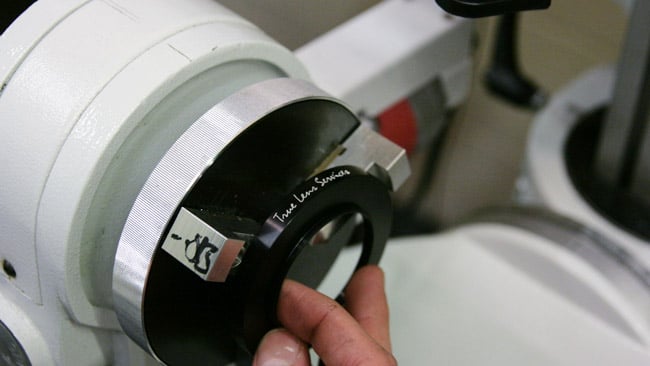 But I thought we said no Nikkors? Well, to be a rules lawyer, Nikon has made lenses that it did not grace with the Nikkor brand. In the late 70s, Nikon was a manufacturer – solely – of expensive and rarefied equipment for professional photographers.

Recognising that there was money to be made out of the enthusiastic amateur, the company introduced its Series E, presumably for “economy,” which is built very much to the same plan as the principal Nikkor primes but use (brace yourself) at least some plastic to keep costs down. Yes, I know that's normal now, but in the late 70s, it was sacrilege. The primes include the 28mm f/2.8, the 35mm f/2.5, 50mm f/1.8, 100mm f/2.8 and 135mm f/2.8, which lacks something between 50 and 100 but works reasonably well otherwise. 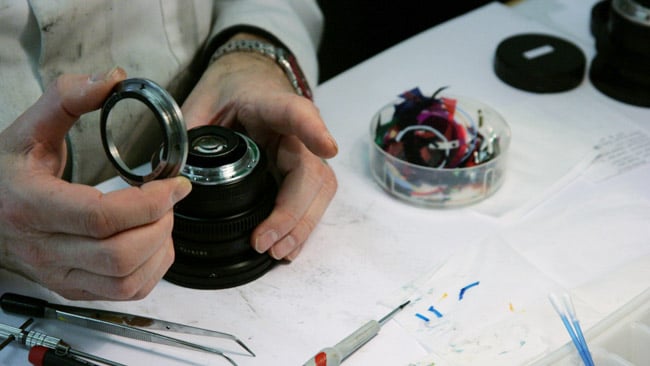 All kinds of stories exist about these lenses. Some of them – particularly the featherweight 50mm f/1.8 – have enjoyed rave reviews for their optical performance. Reputedly, some of the optical formulae were reused in more expensive Nikkor-branded options. The mechanics aren't nearly as good, so there can be some slop in the mechanisms and pulling focus is never a joy with a short throw that goes backwards. They flare a bit green, but the bottom line is that they have always been and continue to be considerably less expensive than the popular Nikon AI-s while performing shockingly well. Even the filter threads are all metal.

Your humble correspondent is biased; he owns a set and can vouch for their usefulness over the long term. It's only a matter of time before someone starts rehousing these things.

Short of a proper rehouse, all these lenses can be adapted with 3D printed focus gears and step rings for matte-box compatibility and consistent front sizing; modern technology makes old technology more useful than ever. There's all kinds of other things we could discuss, particularly the Asahi Takumars and other things from Pentax and even the old Zeiss ranges and if this gets any footfall perhaps we'll do exactly that. In the meantime, let's consider summer 2020 a good time to do a bit of relaxed eBay for unnoticed gems and let us know in the comments if you find any.