Non standard cables are often more trouble than they're worth [opinion] 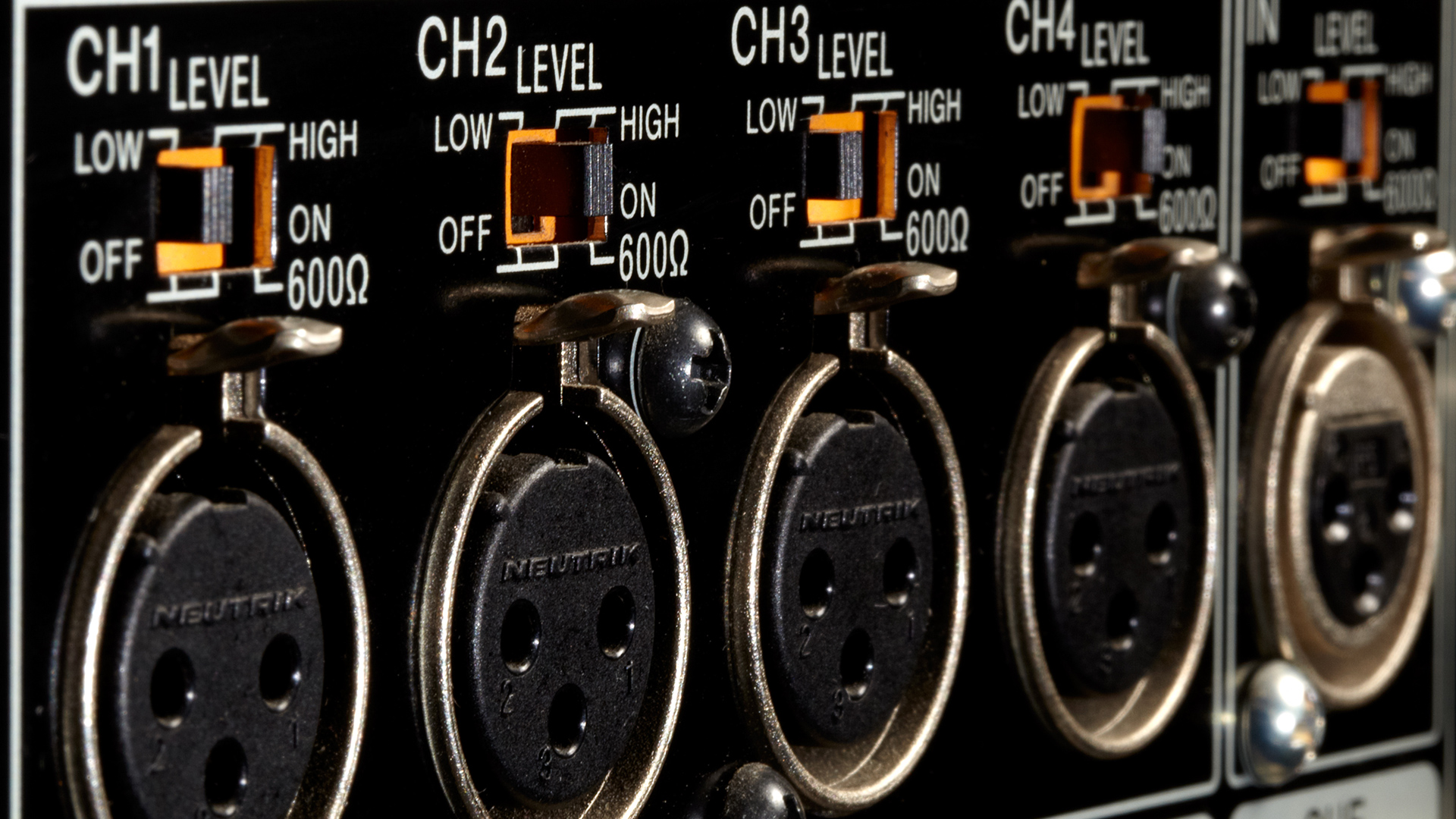 It's a fallacy of smaller, modern gear. You go to hook up your XLR mic and... you find you need an adaptor cable. Phil Rhodes has had enough of miniaturisation and makes the case for keeping to standards.

Please use standard connectors on your equipment. 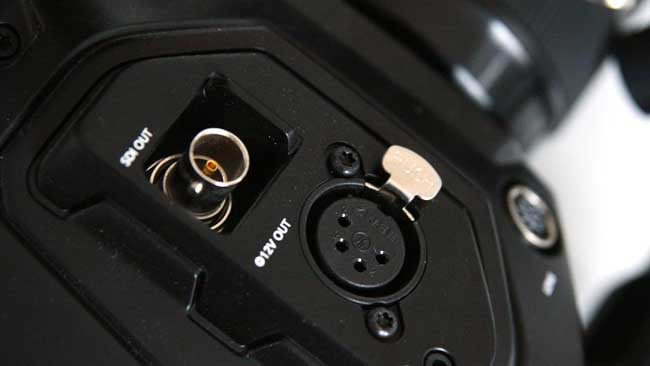 The Ursa Mini is possibly the only camera to have used standard connectors for its viewfinder. As a result, Ursa EVFs were even used on third party cameras

I know, it's tempting to use a miniature XLR or to condense a lot of functions into a multi-pin connector. It keeps the device small, makes it easier to manufacture and makes for a compact and affordable design. XLRs are huge. They come from a time when the equipment was bulky enough — in comparison to what it did — that the connectors-to-size ratio was high. Now every monitor is also a video and audio recorder supporting at least two I/O formats, three sets of inputs, cross-conversion, LUT processing, stills capture, wireless features, coffeemaker and Thai massage, based around a TFT-LCD panel that takes next to no space and requires next to no support electronics. Space is at a premium and you've included an adaptor cable, so that's fine, right? 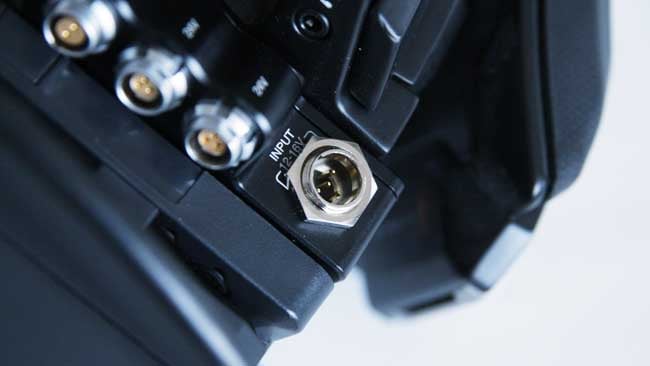 The existence of multiple standards is why the hind end of many cameras has 101 power outlets. Here, though, a nonstandard power connector is used

Well, maybe. If you've put an XLR audio output on your device and the producer accidentally leans his wallet on the cable, well, I'll use one of the other two dozen XLR audio cables I've got. If it wasn't abundantly clear, that's why we have standards. In extremis, if I'm standing in the middle of a major city and somehow all of my XLR patch cables break, I'll go to a guitar shop and buy another one. If, on the other hand, you've used a 37-pin Lemo, I'm required to order another one from the company, or, if I'm feeling particularly creative, order a 37-pin Lemo and a reel of very fine solder and resign myself to a solitary evening of counting pins.

The laws of camera physics

Though, actually, I might have to do that anyway. Fundamental physics states that custom adapter cables may not be longer than eight inches or shorter than four. This ensures that they're too short to coil up but too long to leave free because nobody likes being repeatedly tapped on the shoulder by a dangling connector. That means putting them in a pocket, from where they will immediately abscond in a crisis. There's some advantage, perhaps, in having a single multi-pin connector between (say) the camera and sound departments which can be quickly and easily disconnected during changes of setup, but there’s nowhere near enough standardisation for that to be as useful as it could. 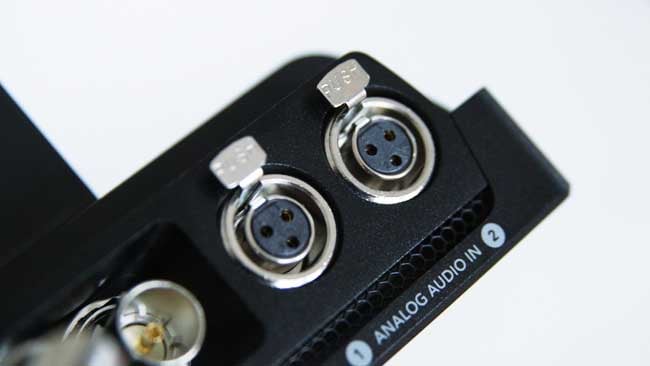 That isn’t the intent, anyway. The intent is smaller gear, which is sometimes done at the expense of features that we might not expect to be used all that much. That’s dubious in itself; put in non-standard connectors and you have a feature that still implies cost if you don’t want it and works less conveniently if you do. It’s bet-hedging. Sometimes this even happens with the power connection, which, to be fair, is quite commonly used.

Some of this is down to cost engineering, but really, is the film industry so sensitive to cost that we can’t afford to make the case a few millimetres deeper? It’s not even really about a smaller device being more convenient. Yes, clamping a monitor-recorder on top of a camera creates an awkward and flimsy arrangement. What’s worse, though, is having the miniature SDI adapter cables mated via barrel adaptors to standard BNC cables and that bulky adapted connection floating around on the inevitably-too-short wiring, smacking into lenses and monitor screens. 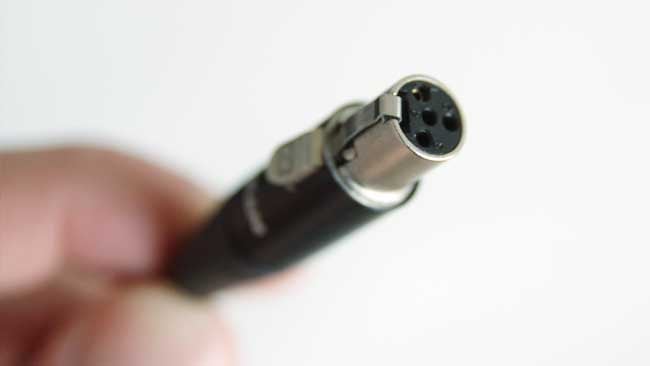 Where does this go?

Video goes down BNCs. Audio goes down a 3-pin XLR and yes, for multichannel audio, that can take up a lot of space. Power connectors invoke the most chaos, but in the main, power goes down a four-pin XLR. Power systems for audio bags seem to have gathered around four-pin Hirose and there are always D-tap connectors, but for circa-12-volt systems, the XLR should be a firm default. The adoption of 3-pin XLR for 24-volt power seems like a bad idea overall, given the potential for confusion with sound equipment. The higher end has more leeway, with Lemo and Fischer connectors found in various configurations, but those crews usually have more time to plan and solve problems.

In short, folks, let’s do everything we can to avoid this, shall we?