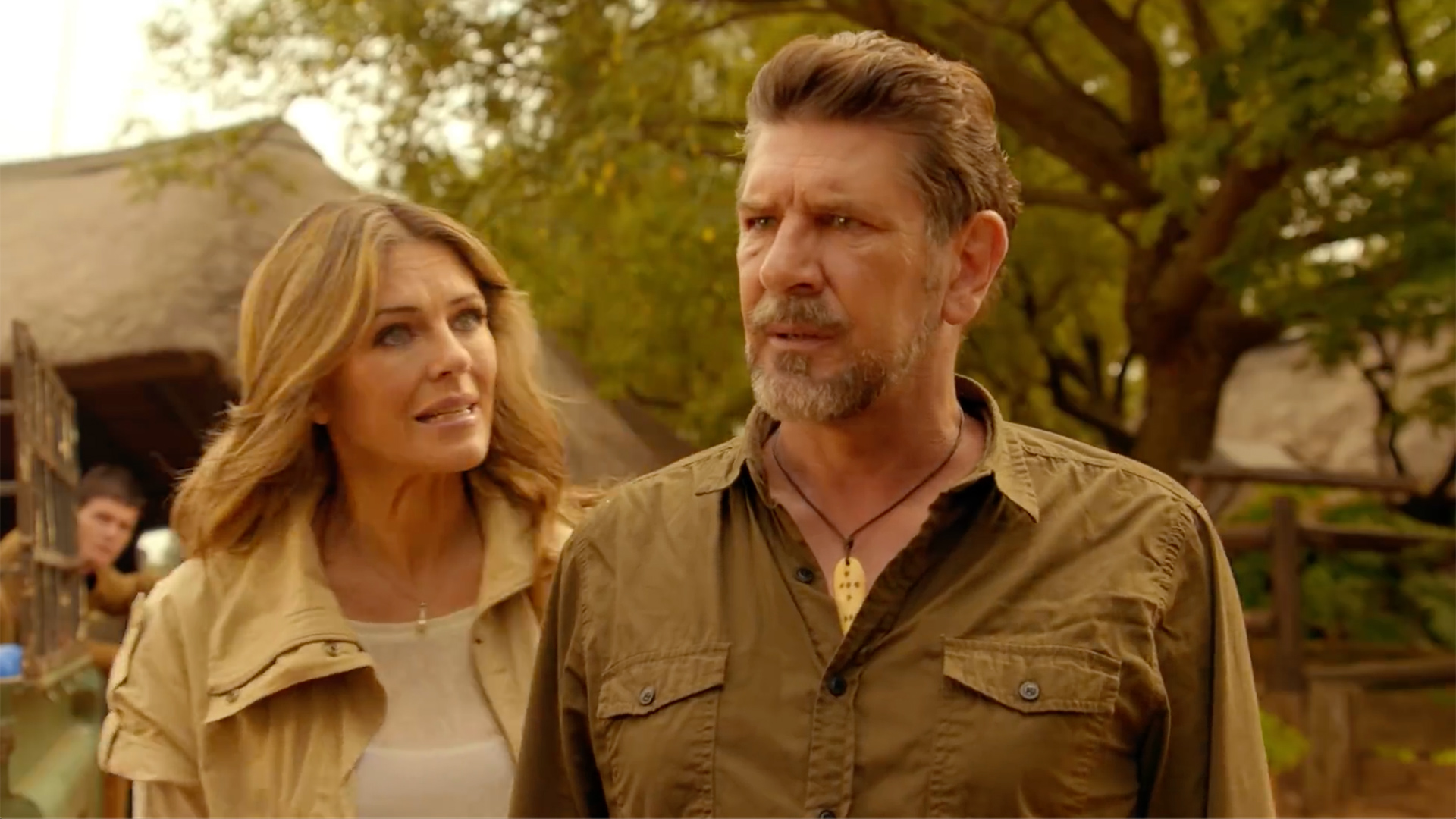 Making films for a job more often than not ends up being a pipe dream for most, but here's how one filmmaker successfully makes movies for a living without being part of the 'establishment'. And yes that is Elizabeth Hurley.

The idea was that digital filmmaking would save someone something. Most people understand that the cost of camera equipment and consumables are a fairly trivial part of many production budgets, but it’d be a bit shocking if we’d gone through that much change without just as much of a payoff. Perhaps part of that is that it’s now possible to make productions in a way that’s entirely recognisable to film and TV professionals, but also achieves what businesspeople call efficiencies.

Some productions don’t necessarily take as much advantage of that as they might. One of the people who does is writer-producer-director-editor Richard Boddington, whose approach embraces the benefits of the new while remaining carefully observant of the second part of the word “showbusiness”. His opener will sound like a note of caution to anyone keen to grab a copy of Resolve and a DSLR and make a direct assault on Hollywood. 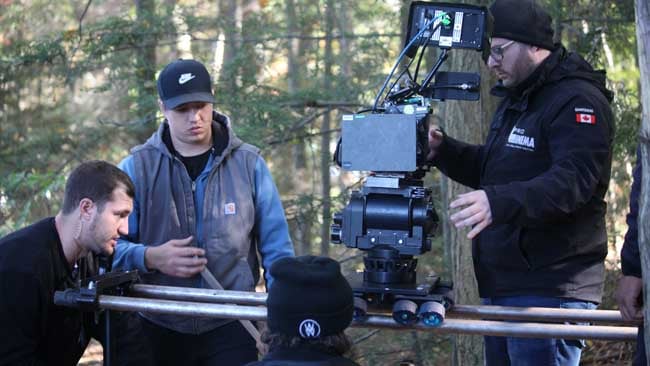 “It all starts with the producer,” Boddington begins. “Without the budget you can't do anything, and that holds back 98% of filmmakers.” Progress in engineering has, apparently, made no dent in the sheer administrative effort involved. “I actually carry with me, on my cellphone, a photo of the bank closing documents. I tell would-be filmmakers ‘if you want to make movies, this is your future’. and that's not uncommon with any producer.” 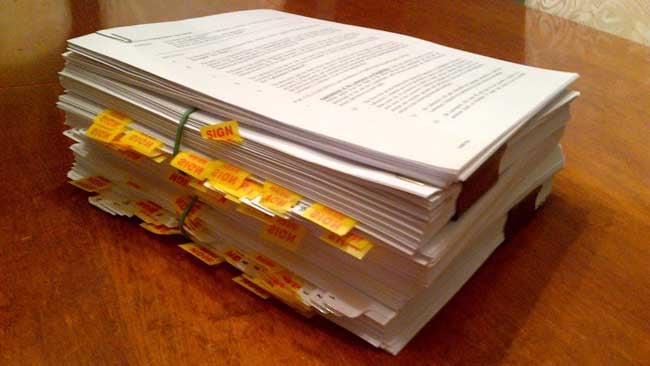 The world of producing in one eight-inch stack

The advantage of combining so many roles is that “I control 100% of the financing and 100% of the creative on every film. If, say, I want to have two helicopters out instead of one, it doesn’t have to be signed off by an exec in LA. You have to make sure there's sufficient funding but... if I wanted to allocate the contingency to something else I can make that call.” It involves, he says, “A tremendous amount [of trust.] They're not checking on me on a regular basis. I'm pretty much operating entirely on my own once everything is signed off. The banks are trusting that I will get their money back, and the distributors are trusting that the script they read will be what they get.”

That sort of control is not for its own sake. “Since I’m also the editor, I've developed my technique of shooting the edit. I'm literally shooting what's going to be the final edit in my head. I'm covering the edit. It allows for us to increase our shooting efficiency, cram more stuff into a day and not feel like we're rushing. We're getting what I know we're going to use.” The production works “the usual 12 hour day, seven to seven. They will start loading the trucks, moving to location, getting set up. I try to have actors arriving at 8.15, very close to when we start rolling, and I try to get the first shot off by 8.30.” 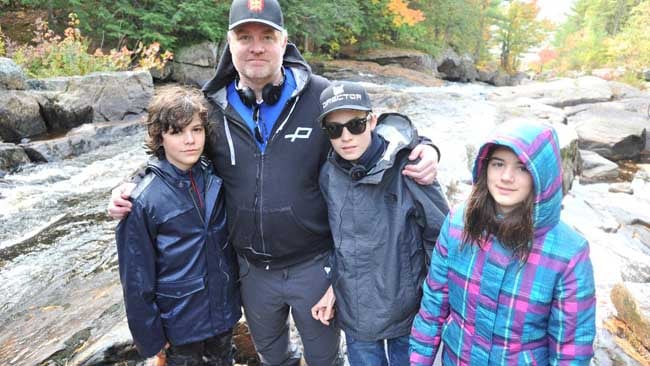 On the set of Against the Wild III - The Journey Home. L-R Zackary Arthur, playing Max Davis, Richard Boddington, and Elliott Boddington, his son, and Morgan Dipietrantonio (playing Erin Davis.)

It sounds obvious that a production should shoot only what it needs, but anyone with knowledge of what can happen will know that it isn’t universal, or even particularly common. Boddington frowns at “the whole idea of eight point coverage and spending hours doing scenes. Number one, it just exhausts the actors – how could it not – and how much of that ends up on the cutting room floor?”

Most of Boddington’s films have so far averaged “twenty days of principal photography, which means that’s when I have the lead cast. I've done some that were twenty-five days. I will do a unique sort of process with the second unit. I am the second director – the director of photography, I, and a small splinter unit will spend three to five days doing pickups.” 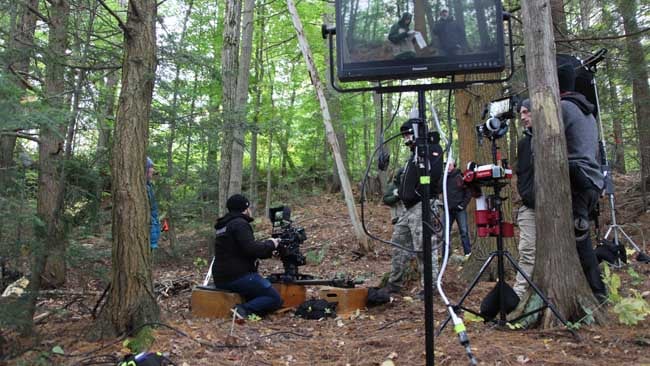 Boddington shoots a lot of movies in natural environments and averages, he says, “thirty-five to fifty setups a day. Day exteriors are definitely a huge plus, but shooting under full sun the crew is continuously putting up a huge silk and moving it around, we can't shoot with our lead actresses under full sun.” This part of the production, at least, is conventional: “In the Canadian forest we still have a full generator and cables running throuhg the woods everywhere. For all our coverage we have lights. There is a grip and electric team to handle that.” 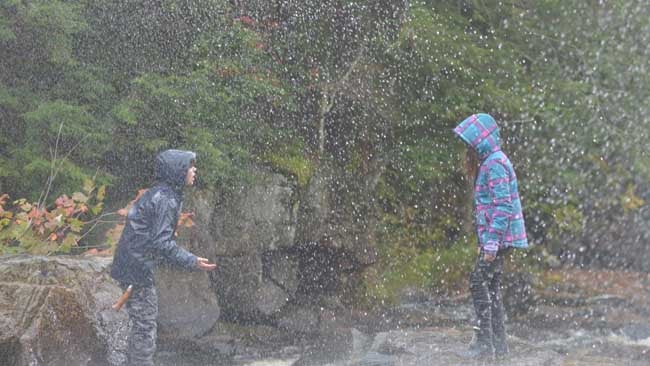 The glamour of Hollywood

Editing remains the same discipline it ever was, but progress has made the technology trivial. Breaking with precedent, though, Boddington does not use a script supervisor. “I've had them [in the past] and we still had some pretty significant continuity errors. The fact is, they weren't caught... They generate a huge amount of reports and things like that which I never even bother to open and look at. I look at every take anyway. It’s my edit system. It's in my house, so I go into every take anyway. It's amazing the hidden gems I find.”

“I have an old laptop runing Final Cut 7 that I cut everything on,” Boddington says, “and I can't run 4K on it. The DIT outputs daily proxies, something low res that my system can handle without rendering and play back quickly. It’s a simple step to export an EDL and send it to the assembly house, and it takes them four or five hours to assemble a 90 minute movie with 1000 cuts in it.” Grading and final audio mix must be done out of house, at conventional facilities, to meet distributors’ requirements.

Productions are usually finished in three or four months of post production, and Boddington still enjoys the process even given the workload of combining so many roles. “When you're an independent filmmaker, you're juggling some crisis every day… it's an ability match when you can creatively write and direct something and switch over your brain to handle the business side as well.” And while the process can be gruelling, Boddington describes finishing his productions in good form. “Surprisingly I feel pretty good. My wife always says ‘you thrive on crisis’.”