Kinotehnik lights: LEDs that are built to last? 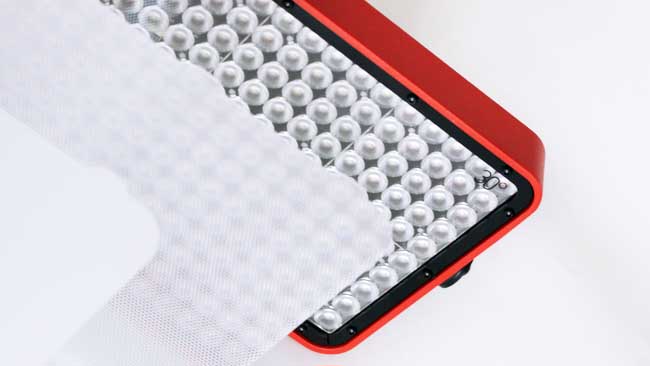 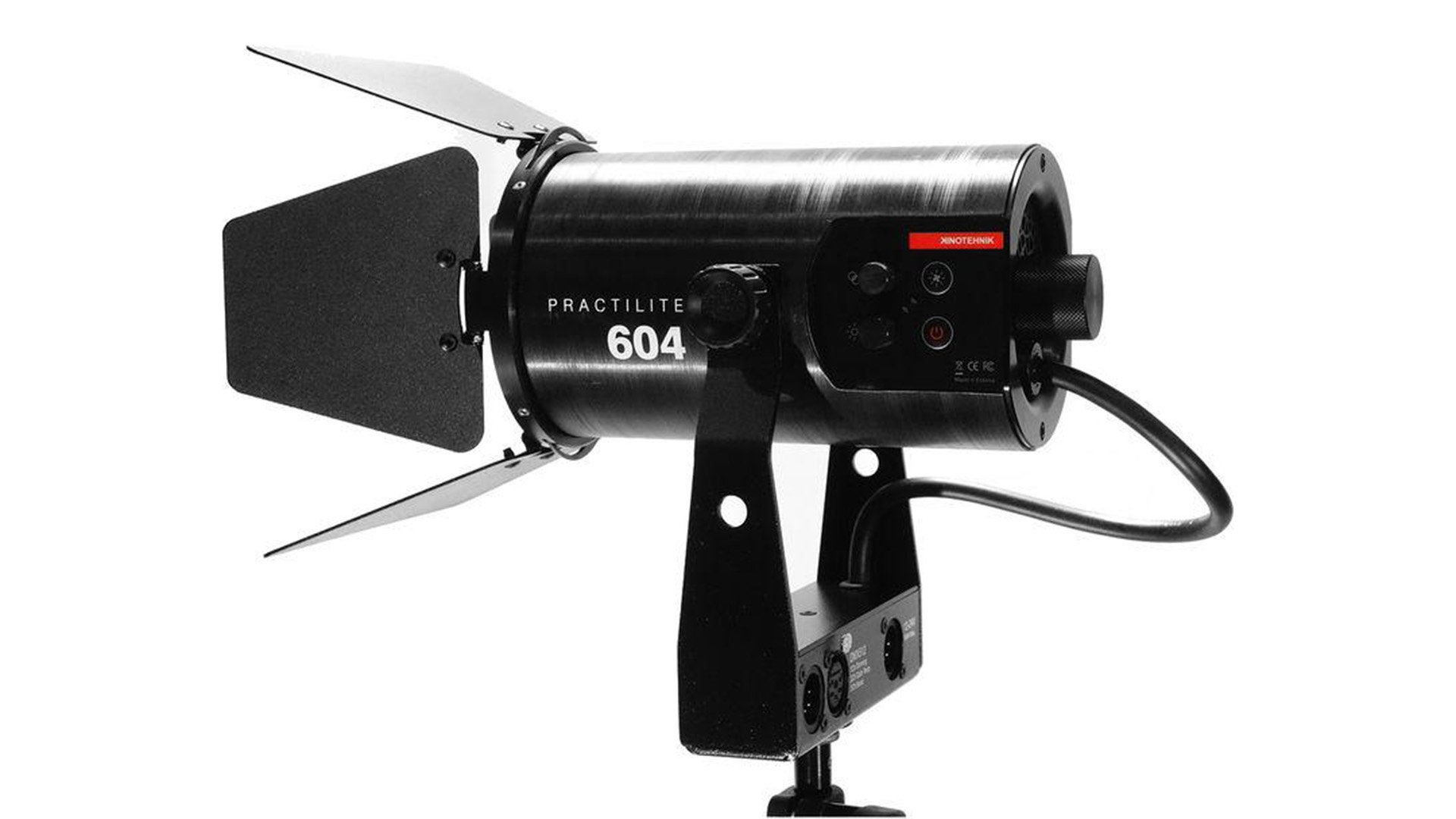 Review: We take a look at two LED lights that really do appear to be built to last a lifetime of production.

In 2020, the difference between LED lights is in the details, so today I'm going to look very closely at two different lights from Kinotehnik to see what we can figure out. Kinotehnik is relatively new to the lighting scene, having been founded in the 2000s as a manufacturer of accessories, particularly including LCD viewfinder loupes for DSLRs. The company’s Practilite range includes both soft and hard lights, represented here by the 604 fresnel and 802 flat panel as kindly loaned to us by UK distributor MTF Services. Both are 90-watt, variable colour temperature lights, the sort of thing that has displaced the trusty Redhead in portable kits. 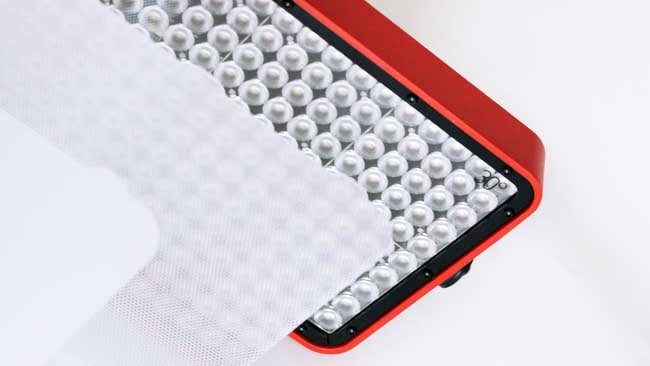 Kinotehnik suggests the 604 fresnel is the smallest bicolour LED hard-light available and within their power class that’s plausible. They’ll be compared to something like an Aputure COB-120, although the 120 series is perhaps 50% more powerful and therefore somewhat larger to handle the heat. The concern with a small LED is that restricting the size of the heatsink might mean a noisier fan, but the 604 is only a fraction noisier than a COB-120D. The 602, which omits the DMX, has a very compact spigot mount while the 604, which we have on test, has a yoke to accommodate the power and DMX connector assembly. 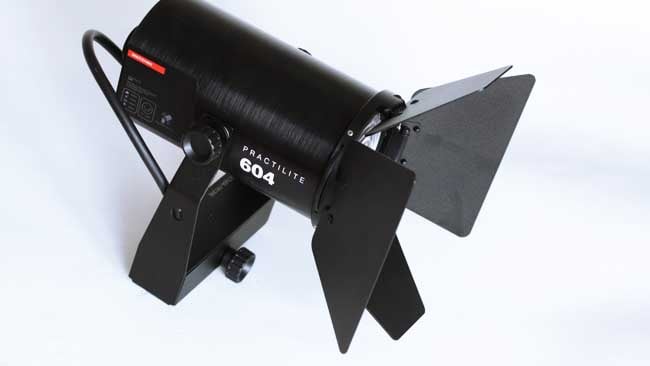 Otherwise, the lights are identical, a four-inch aluminium tube with the electronic controls recessed nicely in the side. Air moves from back to front. The mechanical focusing feels smooth and free of play or coarseness and the supplied barn doors snap on the front nicely. A three-inch fresnel is never going to be the most efficient way to gather and direct light – like any lens, lower f-numbers mean bigger – but it’s as big as it can be within the constraints of the overall package. Beam intensity distribution is not quite Gaussian but far from ugly, with no chromatic aberration and a reasonable ability to cut and cast shadows toward the wider settings.

Kinotehnik is possibly the only company in the history of LED lighting to exploit the fact that bicolour LED lights have two reasonable modes of operation. The first maintains output as colour temperature changes. The second, called boost mode, maximises output, meaning that intermediate CCTs, where both the warmer and cooler sets of LEDs are illuminated, are brighter. Measured in flood mode at 1m with the UPRTek CV600, the 604 develops 1841lx at 3000K, 1719lx at 4500K and 1751lx at 6000K, which is nicely linear. Switch on boost mode and at 4500K output is indicated at 140%. Illuminance reads as 2911lx and varies smoothly with CCT. 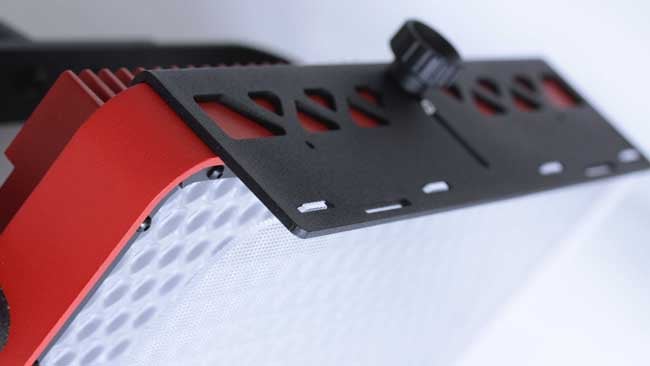 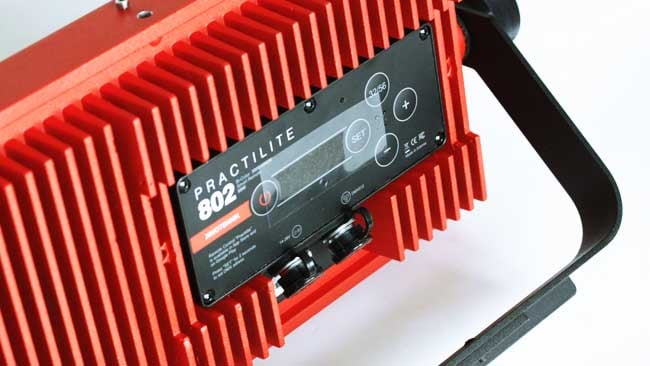 Physically, the 802 is built into a bomb-proof cast aluminium chassis. It’s no featherweight, but it’s one of very few LED panels which feels like it might survive a grip truck. The diffuser mounting brackets are punched steel and allow the panels to be spaced appropriately away from the front of the light. The prismatic diffuser is a nice compromise between attenuated output and diffusing shadow segmentation. The user interface comprises four pushbuttons which aren’t as fast as the rotary controls on the 604, but it’s probably harder to break and the LED display is simple and legible. The only issue is that the 802’s DMX connector is not an XLR, which is a strange choice, although there’s also the option to use the free Bluetooth application. The app is straightforward and seems robust, even giving a sensible error message if we wander out of range. A useful identification feature causes the light in question to blink.

It’s easy to overlook LED panels as a pretty everyday item, though there are enough small niceties to make the 802 stand out. The yoke clamp is chunky and operates smoothly. DC inputs on both lights tolerate a wide voltage range (the 802 is, again, non-XLR). Colour quality is fine on the 604 and superb on the 802; it’s normal for the tricky, high-density fresnel to be less good. The 604 is supplied in precut foam that’s designed to fit three lights in a Pelican 1510 case, which is the sort of thinking that makes it really easy to like a company.

MTF sells the 602 fresnel for £799 plus tax and the 802 lists at £1,037. They’re not the cheapest per watt, but the build quality, particularly of the mechanics on the 604 and the chassis on the 802, give the impression that one of these bought today might still be in service in a decade.