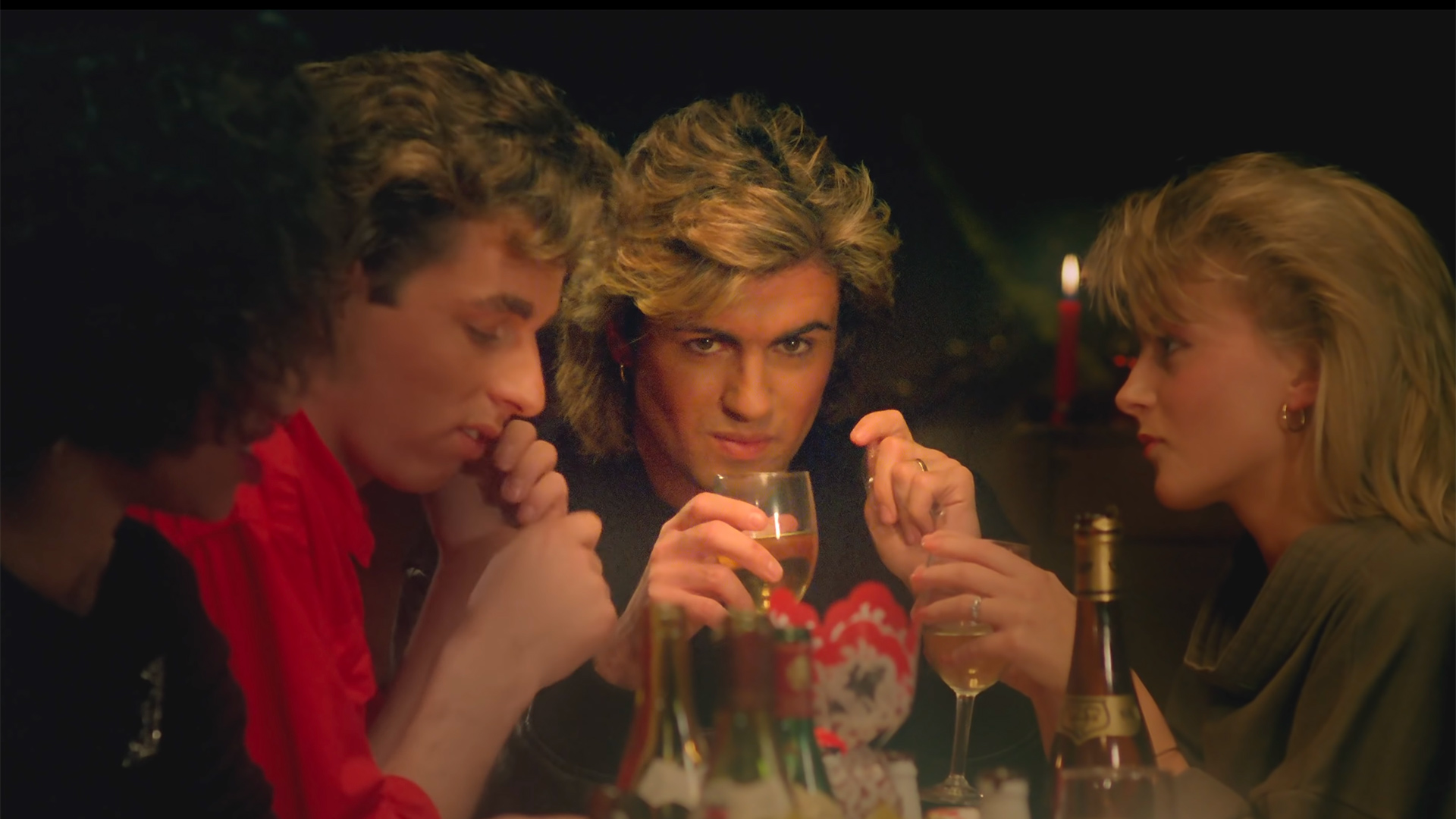 Last Christmas by Wham! in 4K.

RedShark Christmas Replay: Warning! The following article contains Last Christmas by Wham! Apologies for anyone playing Whamageddon, but in extremis it’s possible to experience the subject of this article with the sound turned down. Oh, and it's in restored 4K from the original film negs. We give you all the best presents at RedShark. But it is seriously impressive!

In any case, this isn’t really about the band or the music, it’s about the much-vaunted capability of film to make the past look like it was shot yesterday. That can have a strange and powerful effect on people’s understanding of what they’re seeing. The film in question was shot in 1984 at Saas-Fee, Valais, in Switzerland, and on very short notice. There was a desire to produce a seasonal music video for the now-famous (or infamous) Wham! track Last Christmas, but given that it was then October, access to a suitably picturesque and snow-drenched location could not easily be arranged. With snow predicted less than a day ahead of time, a shoot was hastily arranged, and the result has now been world famous for three and a half decades.

And just in time for the end of 2019, someone’s dug (most of) the negative out of a vault somewhere, rescanned it, and match cut it. That in itself isn’t really anything to write home about – plenty of film is scanned all over the world every day – but the decision to do it, and the fact that the film wasn’t lost, damaged or destroyed, is more noteworthy. There are a few shots which are clearly not based on a rescan of the original film, including the opening cuts, and they include material which we might reasonably suppose was shot together, perhaps on one roll. Otherwise it looks spectacular, which is far from guaranteed when a hot summer in the wrong cupboard can have a terrible effect on film.

It’s famous for the music, and for the late George Michael’s appearance. Cinematographically, it is a mixed bag. The exteriors seem shot mainly or exclusively under available light, which snow tends to turn into a shadowless blanket of illumination that’s hard to like or to dislike. From a technical perspective, there’s some fairly noticeable chromatic aberration producing blue halos around things in the bright, actinic whiteness of the snowscape; it almost looks like a zoom lens of the period. There’s a fair bit of handheld; much of it is almost documentary-style.

The validity of 4K scans of various film formats has been much debated but there’s naturally no avoiding the fact that it absolutely blows away the original cut, which would likely have been assembled onto Betacam SP based on a telecine that modern practice would think of as terribly elementary. Probably the best way to appreciate this is the teaser which presents some side-by-side comparisons of the original cut and makes the difference clear.

This is precisely what film aficionados mean when they refer to the archival qualities of film. This material was shot to go out in 4:3 standard definition, and it has maintained its archival permanence and support for wider aspect ratios for three and a half decades without anyone even thinking about it.

But let’s face it, the technical background isn’t nearly so much fun as the look of the thing. While the snow scenes are entertaining, the interiors are a festival of mid-80s hair and makeup, costume, and lighting design in a way that will enthuse fans of the period, whether out of historical interest or sheer nostalgia. One repeated comment – perhaps from young people - is simply that the increased image quality makes the production look like a modern period piece, with modern actors dressed in 1980s costume. That’s been repeated several times in various comment threads on various platforms. Perhaps that thought is a little hyperbolic – lots of 80s movies have been rescanned - but it goes to show the sheer power technology has to put powerful and complicated ideas in people’s heads, which is something that we perhaps overlook too often.