Perfect gifts for the cameraperson in your life 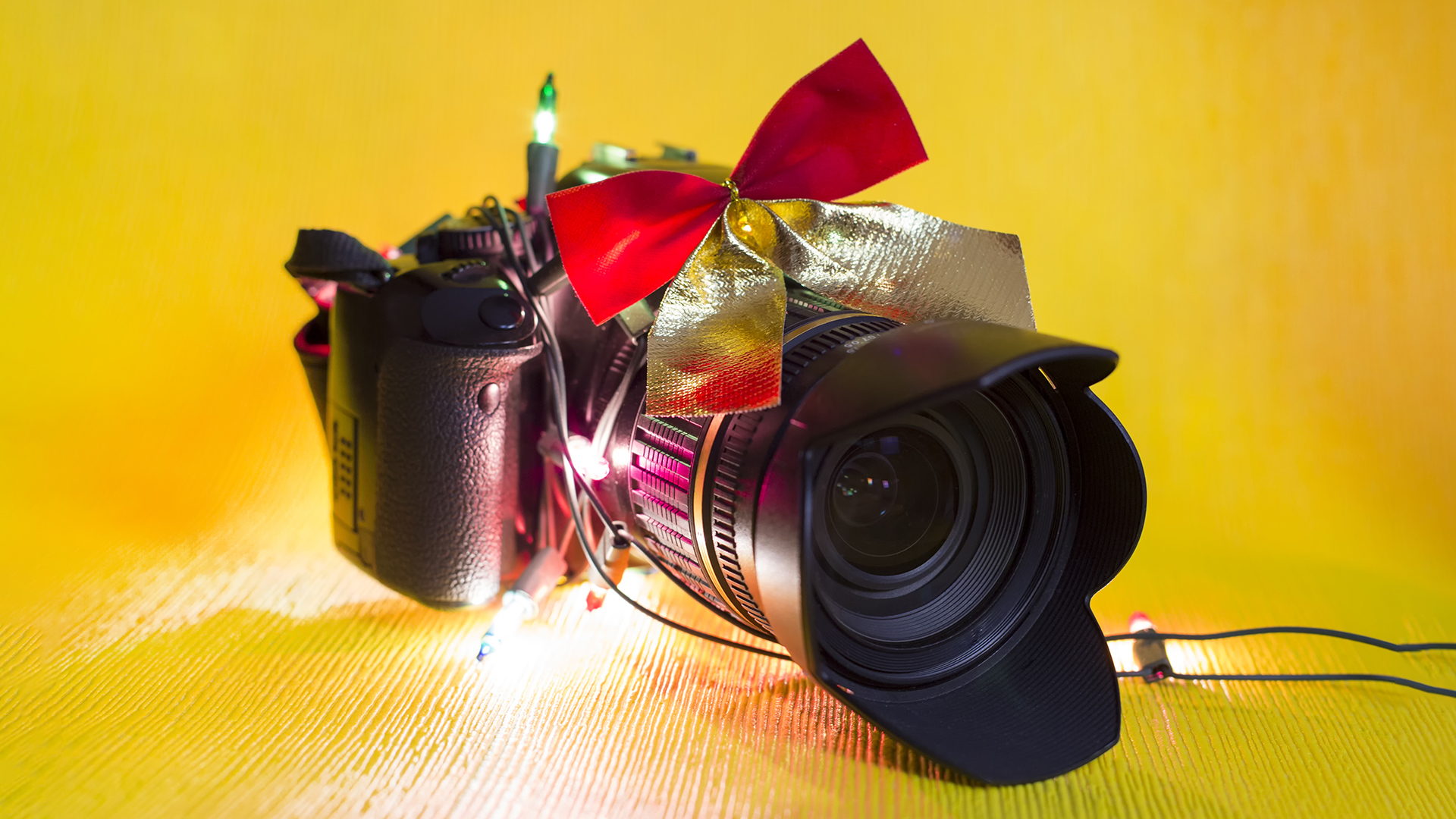 How to choose the perfect gift for people who have a camera permenantly attached to their arm.

Does a member of your family have one of those vague job descriptions that only seem to be used between family members - “oh, something to do with cameras, I think?” Do you still need to buy that person a seasonal gift? Has that person left this article lying around on a tablet in an easily-noticed location? 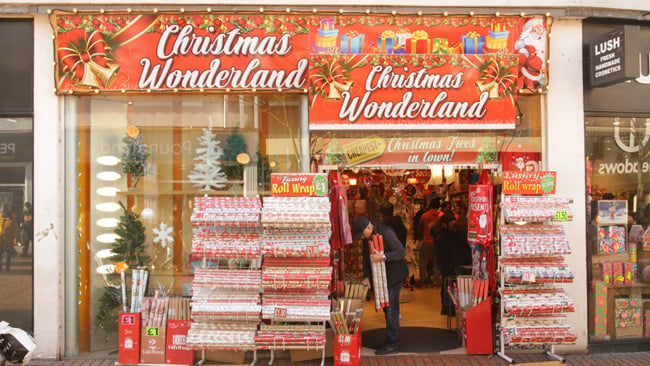 'Tis the season of tat

What not to buy

If you need to buy a gift for someone in the film or TV industry, there are a few dos and don’ts. Let’s get the don’ts out of the way first so we can end on a high note.

First, avoid film-themed miscellanea. Clapperboard clocks, film can clocks, camera-shaped clocks, a pencil with a camera-shaped eraser, or anything bearing a reference to the Hollywood sign is the paraphernalia of desperate wannabes. In short, if you can buy it in Hollywood from a consumer-facing establishment, avoid. And even if it’s not from a consumer-facing establishment, most people don’t actually want a grip head or a magic arm1 as a personal gift! 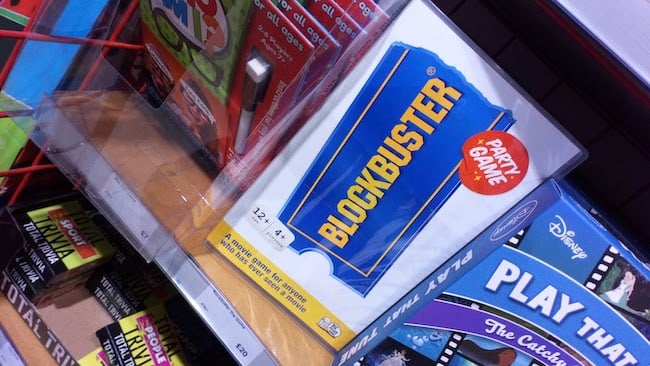 Steer away from industry-themed shirts, too. Movie industry clothing is a rite of passage that the film production person in your life will encounter as he or she grows in accomplishment. Wearing an Arri T-shirt while shooting an earnest student documentary about shoelaces on a ten-year-old DSLR is like wearing a chef’s hat while preparing instant noodles. Neither the DSLR nor the noodles should curtail the ambition of the user to do a good job, of course, and take heart: you’ll know that your moviemaking friend is doing well once the apparel starts to appear. It’s a sign that the equipment manufacturers are starting to value the business, or possibly that your friend is spending too much acquiring gear.

Media can work. People who work in film often have very little time to watch film; the concept of “evening” often conflates essentially with “time I spend travelling home from work.” Glamorous as your friend’s life may seem from the outside, the reality is that production companies are deeply infatuated with six-day weeks and low-cost locations which are as far out of town as possible before they start having to pay for mileage. As a result, days like December 25th may be seen less as a chance to kick back with Netflix, and more as a welcome opportunity to nap under a blanket while Netflix plays in the background. 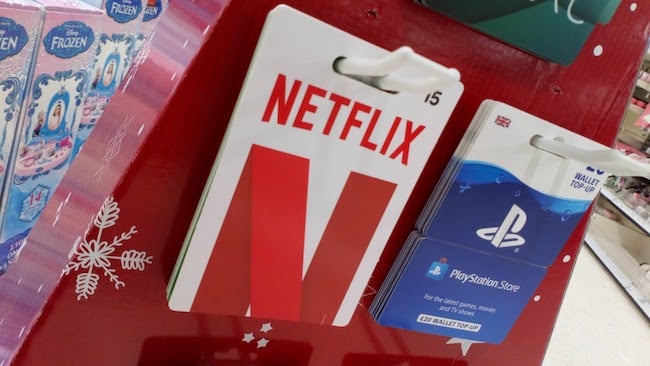 What you should buy

What, then, should we offer our camera-schlepping acquaintances?

Well, there are three main complaints which affect filmmaking, but most people already have gloves for when they’re cold, snacks for when they’re hungry, and energy drinks for when they’re tired. In that sense, a tube of Berocca2 might feel like a gag gift, but paired with a can of Red Bull and a Mars bar it might just as easily be received with a grim but knowing nod.

Equally, while a pair of gloves is often an uninspiring thing to find inside the wrapping paper, finding some reasonably tight-fitting workers’ gloves is a good idea. Sealskinz make some good ones with the removable fingertips for improved dexterity. Or, for warmer climates, the gloves worn by military aircrew are often very acceptable. Also, they’re fire resistant, though we hope that shouldn’t be an issue. 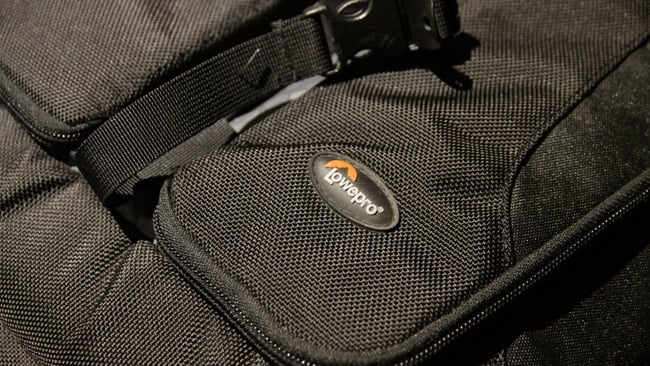 Tools and bags are always a good bet, though if you’re going to buy a beginner a multi-tool, get that person a leatherman as many of the off-brands range from uncomfortable to downright risky. Most people will have one if they’ve been on film crews for more than five minutes, but it is a genuinely useful thing, as is a suitable item of luggage – ask what kind first – or a flashlight. Demonstrate your understanding of film sets by finding one with the rubber cover that slides on the back and allows the light to be held in the teeth without risking a chipped tooth.

And finally, because we’re getting near our word count limit, consider a USB power bank. These things are supremely useful to more or less anyone and, with external accessories, can sometimes be pressed into service as 12V power supplies for real actual moviemaking equipment. Look for one with USB 3.0 quick charge compatibility, and get something reasonably large and powerful. At the very least, when production rolls around to hour fourteen and people are squinting in alarm at battery level indicators, the person with a working USB port is the person with many friends. 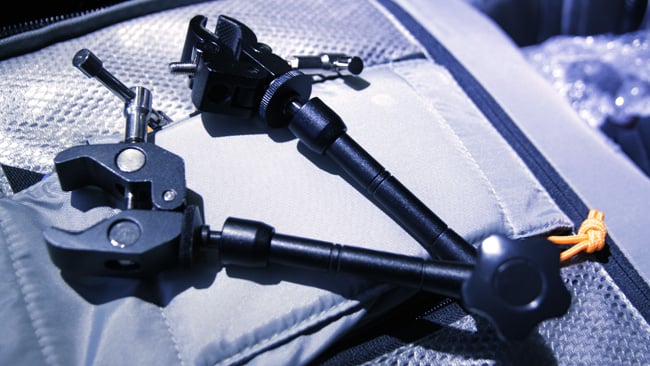 If in doubt, and if you know where to get one.

1. Actually, you can never have enough magic arms, but I digress.

2. A large tablet which, when dropped into a glass of water, creates a pleasantly-flavoured, carbonated beverage enriched with vitamins, designed as a pick-me-up. Infamously turns the urine yellow. Berocca-eating competitions were once a trend on British film sets until it was realised that this could be genuinely dangerous.