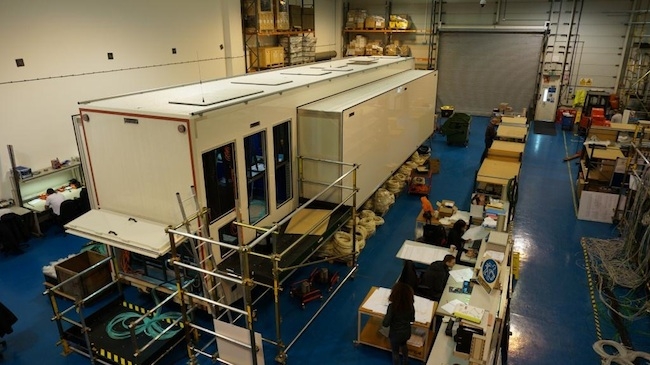 Sony and FIFA recently announced they are partnering to trial live 4K production workflow at the FIFA Confederations Cup in Brazil this summer, extending the collaboration that saw Sony capture 25 matches from the 2010 soccer World Cup in 3D and, more importantly, pointing the way to Rio 2014 being produced in 4K.

According to a statement, the trials themselves will take place at the Estadio Mineiro in Belo Horizonte, one of six stadiums being used for this year’s tournament. They aim to test the process involved in capturing and delivering live 4K, and the actual match footage will not be screened to an external audience (though will, presumably, eventually make its way to some 4K demo reels).

By testing the full workflow, Sony will have the opportunity to determine the precise skillsets, staffing and technical requirements to ensure the best possible experience for viewers, said the company. The main focus of the trials will be on the technical and creative aspects of using 4K technology for live sports production and production workflow process, allowing Sony and FIFA to explore the possibilities of bringing 4K broadcasts to future sporting events.

By which, of course, they mean Rio 2014. The Sony and FIFA team will produce three matches using the world's first - and currently only - purpose-built 4K mobile production unit shipped over from Telegenic in the UK. They will, of course, need a few more OB trucks than that to cover the whole 2014 tournament in 4K, but looking at the Cup’s schedule could conceivably do it with just a couple if they missed out the group stages and possibly the quarters. And, of course, if the workflow is thought to be robust enough, they could also happily downconvert the HD and SD worldfeeds from the same vehicle (the latter still being a crucial part of the global broadcast mix) though the 4K truck won't support anywhere near the numbers of cameras required on its own.

There are many things to test. The reliability of a 4K vision mixer in the heat of live production, the ability of the F55 cameras to adapt to OB (focus and a shallow depth of field designed for high end drama don't necessarily adapt well to live sport), the possibilities of switching to higher framerates, the ability of servers to cope with super slo-mo, the chances of seeing the increasingly ubiquitous ultra slo-mo in 4K, how well an upconverted HD signal fits alongside the 4K...pretty much everything in fact. Sony is even hinting that 4K might need a wholly new style of direction and editing as the viewer copes with the increased amount of visual data on display.