Viewfinders are essential, so why are they not headline features? 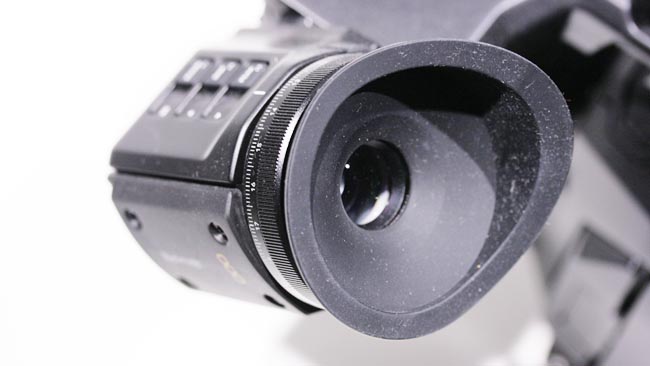 Replay: At one time a good quality EVF was an essential part of any camera. It is after all the main way in which to frame a shot. Is it time more manufacturers started giving the good old EVF some love again?

First of all, we’re going to sing the praises of something great.

When Blackmagic first released the viewfinder that’s still standard on the Ursa camera series, it was among the most capable available. It was almost certainly the first full HD resolution, colour, loupe viewfinder available that didn’t use the often-awkward approach of clamping a loupe over a large, 3+ inch screen. The Ursa viewfinder was so good and so well-priced, that Wooden Camera quickly created a modification kit for it that facilitated mounting on various other cameras, as well as providing more convenient power and connector options. People had often bolted Ursa viewfinders to various camera rigs before, but this was the first time someone had commercialised this sort of general-purpose solution. 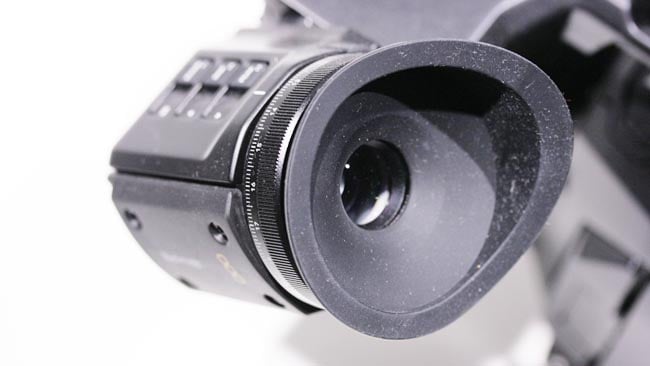 Blackmagic's excellent viewfinder for the Ursa Mini was often overlooked given the high profile of the camera itself, but is now widely admired

Mechanically, the largest part of the Ursa viewfinder is the mount which slides so positively onto the rail on top of the camera, with all the electronics in the rotating section at the end, so it wasn’t horrifically complicated, but it wasn’t perfect. Being intended to work solely with the Ursa series of cameras, the viewfinder sometimes doesn’t support every single SDI signal format we’d like it to and there’s exactly one design flaw in the viewfinder itself – there’s no way to flip the loupe open for underslung operating. Perhaps that’s because the OLED display itself is a bit small for direct viewing, which itself would be something to address in a version 2. In general, though, if third-party companies are making modification kits to make your products compatible with someone else’s, there’s something valuable about your product. 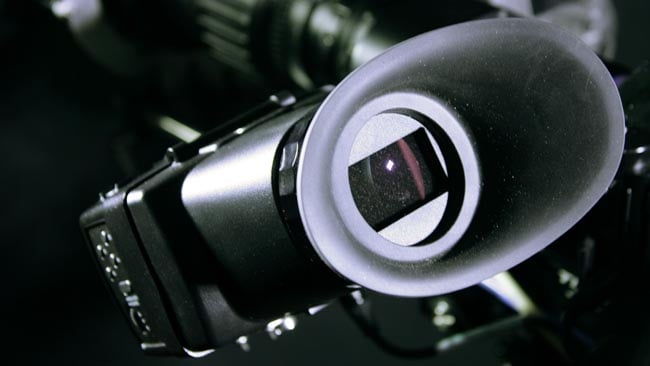 That’s unusual enough. Then, back in October, Tilta announced a rather more complicated conversion kit for Blackmagic’s pocket cinema cameras which provides articulation to the viewfinder as well as a few other pertinent upgrades (something similar was done by a user on the filmaker.cin forum a few months ago.) It provides for an internal USB-connected storage device and represents a significant upgrade of the original design. The purpose of this article, though, is not to examine every mod kit that’s ever been made for Blackmagic’s gear. What’s interesting is the apparent desperation in the market for good view-finding, whether that’s due to a sheer lack of affordable options for traditional loupe viewfinders or a need to put the picture in the right position on a DSLR-shaped handheld camera. 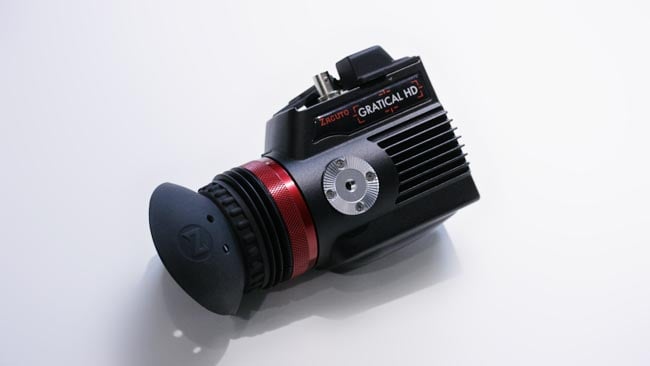 Zacuto Gratical HD. Hugely capable, and has been shown to be a long-term investment

This is not a new problem. Several companies, with Zacuto, SmallHD, Cineroid and Alphatron perhaps most prominent among them, have been providing standalone EVFs in various formats for various purposes for a while. There’s also a rash of loupe attachments for various DSLRs and Sony has been engineering at least its midrange viewfinders as a monitor with a strap-on eyepiece attachment for a while. The brand-new FX9 was recently shown at IBC with that style of viewfinder and that’s a camera for which we’ll want everything to be very carefully lined up to keep that puddle-deep depth-of-field in check. 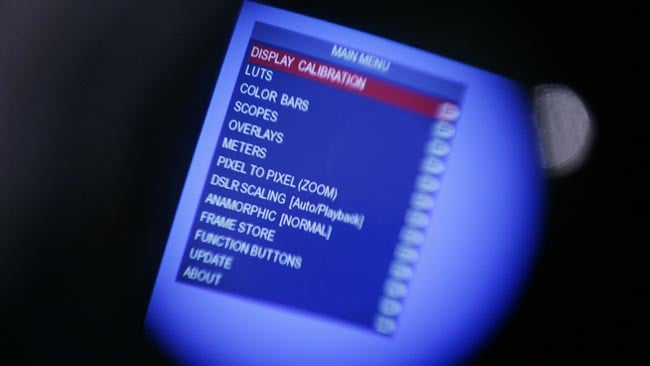 In short, notwithstanding some high points from the big hitters, the range of EVFs available feels unfinished. That’s perhaps slightly surprising, given how keen manufacturers are to cram cameras with new features in 2019. The reason that there hasn’t been more progress is probably twofold: first, displays tiny enough and with enough resolution to make a convincing EVF don’t really have any other application. The reason we’ve been showered with so many really high-quality small monitors is that they’re based on cellphone technology, but nobody wants a cellphone with a two-inch screen.

The second reason and the one that’s easier to correct is that viewfinders are not a headline feature of cameras. Probably they should be, though. The very existence of traditionally shaped cameras such as the JVC GY-HC900 and Sony’s PXW-Z750 is partly a validation of the traditional viewfinder. Ultimately, the ability to shoot good pictures is at least a little reliant on having some idea what pictures we’re shooting.