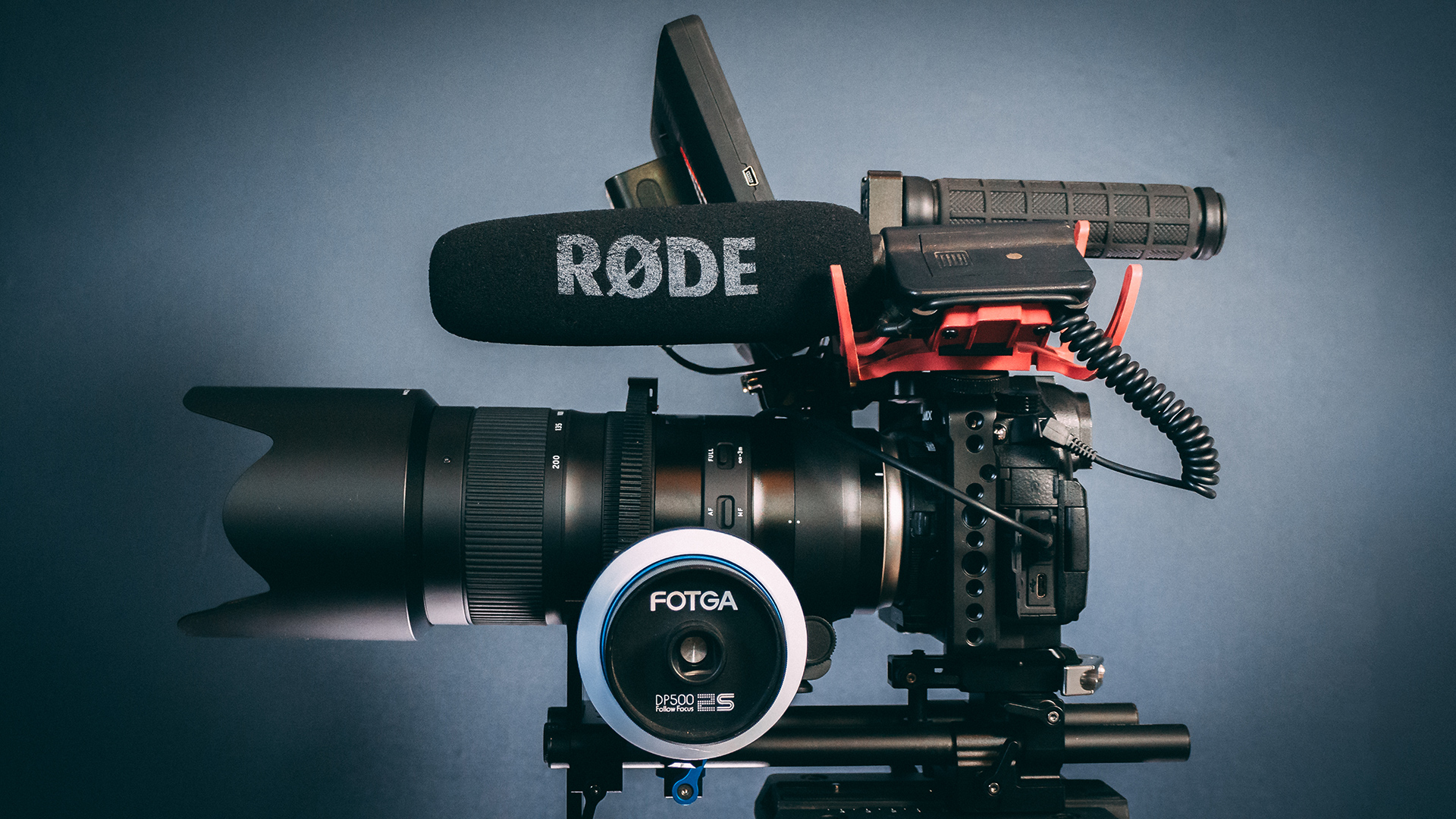 I would like to reply: maybe, quite a lot. And that ‘maybe’ is key, because it all depends on your style of shooting and I believe there are some styles where a stills rig is really going to hold you back.

Simon tells us ‘a DSLR or professional mirrorless camera is designed specifically around the idea of handholding the camera as a steady platform… Professionals will use such cameras with big heavy lenses all day long, but you don't hear stills photographers crying out for their cameras to look like a DSR-500.’

Yes, but there is a difference. With a stills camera, you are generally holding it up to your eye to take a shot for a fraction of a second, the viewfinder adding a point of contact with your body. You are not holding it steady for many minutes at a time which requires an entirely different sort of muscle tension. By its nature, the stills camera is held static; you are not using your body to pan and follow.

If you’ve never experienced shooting with a perfectly balanced camera like an Aaton, designed from the ground up to sit on your shoulder, then maybe you don’t quite realise what you are missing.

’You are holding your elbows in close to your body while using it, no more or less tiring a position than holding a small camcorder for any period of time! It simply isn't practical to expect all cameras to have ENG-style shoulder balance.’

Well, I’m no supporter of the small ‘handheld’ camera form – (viewfinder in-line with the lens rather than offset) for cameras much heavier than 2.5kg which really should be in shoulder or semi-shoulder mount form (where the camera presses into, rather than sits on the shoulder). The handheld form only really works for small cameras like the Z90. I believe there is resistance to this from manufacturers who don’t want to eat into their lucrative broadcast ENG market. 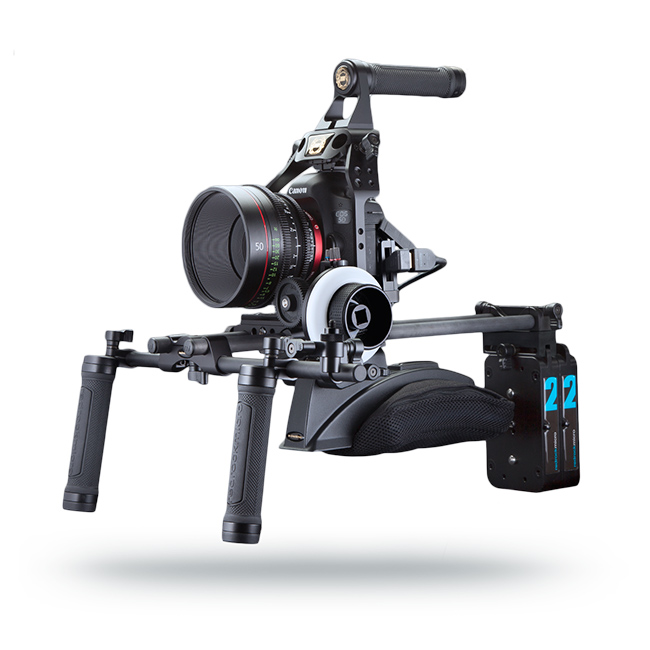 Can a rig designed for stills camera ever be as easy to use as a dedicated camera such as the classic Aaton film cameras? Picture: Redrock Micro

All rigged up and nowhere to go

Simon makes the very good point that cameras like the C200 need to be rigged up like a DSLR – I agree, and I think it is one of the negative effects of the DSLR revolution that some manufacturers have given up on building ergonomic cameras, leaving it to the user to assemble a rig around it.

But let’s be honest — a camera designed primarily for stills will need many additions to make it viable for video: a shoulder mount and bars, monitor, audio inputs, external recorder, external battery power… For me, those accessories make a camera unwieldy. A camera that is primarily designed for stills work is going to have functions irrelevant to video and sundry buttons that can be pressed in error all too easily. Just compare the Kafkaesque world of menus on a GH5 with the logical clarity of those on a Blackmagic video camera.

As Simon suggests, if you’re configuring to studio mode rather than for lone operator, then your rig can end up very complex whether it has an Alexa Mini or a GH5 at the heart of it. But if you are shooting in a studio with a full crew you are unlikely to be using a stills/hybrid camera anyway. 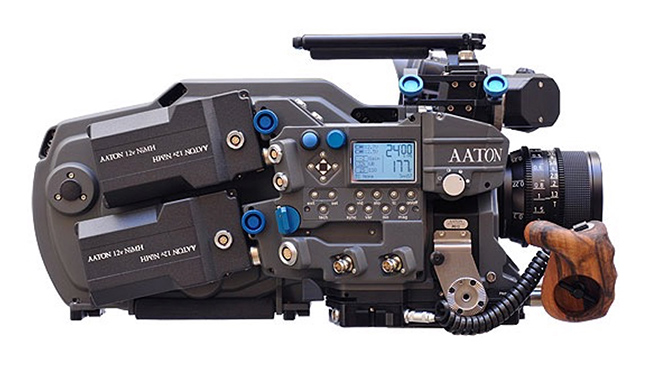 It's a personal thing

But let’s not be too prescriptive about this. I have had many discussions with other documentary filmmakers about the size, weight and style of cameras they want to work with and it is a bit like talking to sportspeople or musicians about the sort of kit they use.

It can be a personal thing and it has not only to do with how you shoot but how you are – your personal physical strengths and weaknesses. It may be that a carefully rigged DSLR gives you just the sort of ergonomics you like.

And, as Simon notes, not all of us want to shoot handheld all the time – although many underestimate the amount of handheld work we do see (from heavy but well-balanced cameras) on high-budget TV drama and features.

But many of us do want to have a camera ready to go straight out of the bag with the option of shooting handheld some of the time, switching fast to a tripod, then maybe taking the camera off the tripod and running down the street. And you may want a camera that is as unobtrusive as possible – for some work, it is absolutely crucial and a rig is really not going to help. 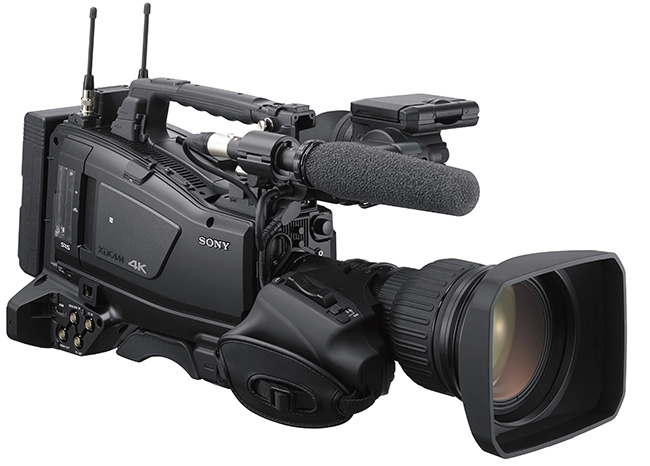 The ENG camera isn't quite as popular as it once was, but you can't argue with its ease of use. Image: Sony

If you are shooting video on a stills camera, you are most likely shooting with prime lenses. Good quality, low cost, stills lenses enabled the DSLR revolution. But I tend to shoot observational documentary and performance - life doesn’t stop for you to change lenses and I need a zoom lens of at least 10 to 1. Not everybody shoots this way, I know, but if you want a reasonably priced 4K camera with a decent zoom, you are forced towards a fixed-lens camera. This goes against the grain of many who have entered video via the stills route, but there are some remarkable, fixed-lens 4K video cameras with lenses that are effectively parfocal and breathing-free that you just can’t get in any other form. There are many from the stills world who would dismiss a fixed-lens camera simply because it has a fixed lens as if it’s the video version of a point-and-shoot snapshot camera. 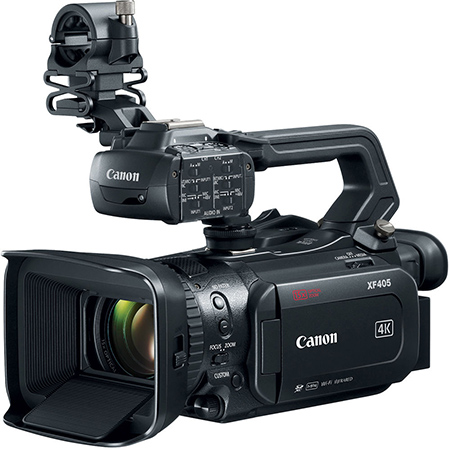 Would a fixed lens camera such as the Canon XF 405 be more beneficial to new filmmakers than a mirrorless camera?

The stills format/hybrid camera has introduced some weird paradigms. Take the Blackmagic Pocket 4K – great picture quality, low price, logically designed menus, good codecs but squeezed into a ‘pocket’ form (which won’t fit your pockets unless you are wearing a clown costume) so there’s only one viable audio channel, limited battery power, no viewfinder and a fixed LCD screen. Like its predecessor, the pocket format looks appealing until you find out it’s not really viable without some sort of rig. It has no inbuilt stabilisation and, without a viewfinder, you can’t steady it against your face as you can a regular stills camera. Yes, the pictures are lovely, but, for the reasons above, it’s a camera I own but seldom use.

We want the cameras we use to enable us to make the films we want to make. We don’t want the equipment to dictate how we work. That is why I would urge young filmmakers, before they launch themselves into the DSLR/mirrorless world, to look at fixed-lens video cameras like the Sony Z90 or Canon XF405, or slightly larger ones (easier to operate, heavier to hold) like the Sony Z150 or Panasonic CX350. They might not give you the absolute highest picture quality or shallow DoF, but they will enable you to work in a way you simply can’t on a stills-format camera. And the picture quality on these small cameras can be staggeringly good. They might not have the macho, quasi-military appeal of a Frankenrig, but these cameras are not toys.