Video compression could be made a thing of the past 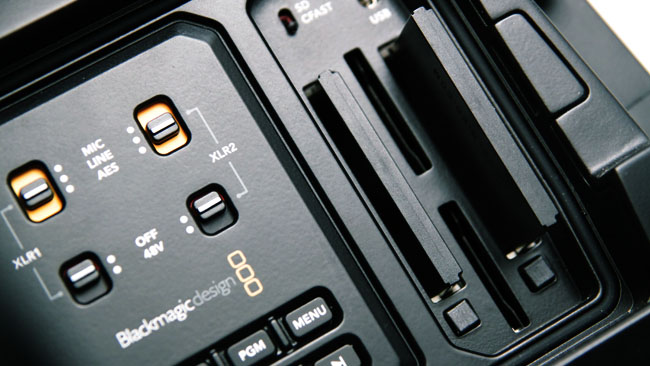 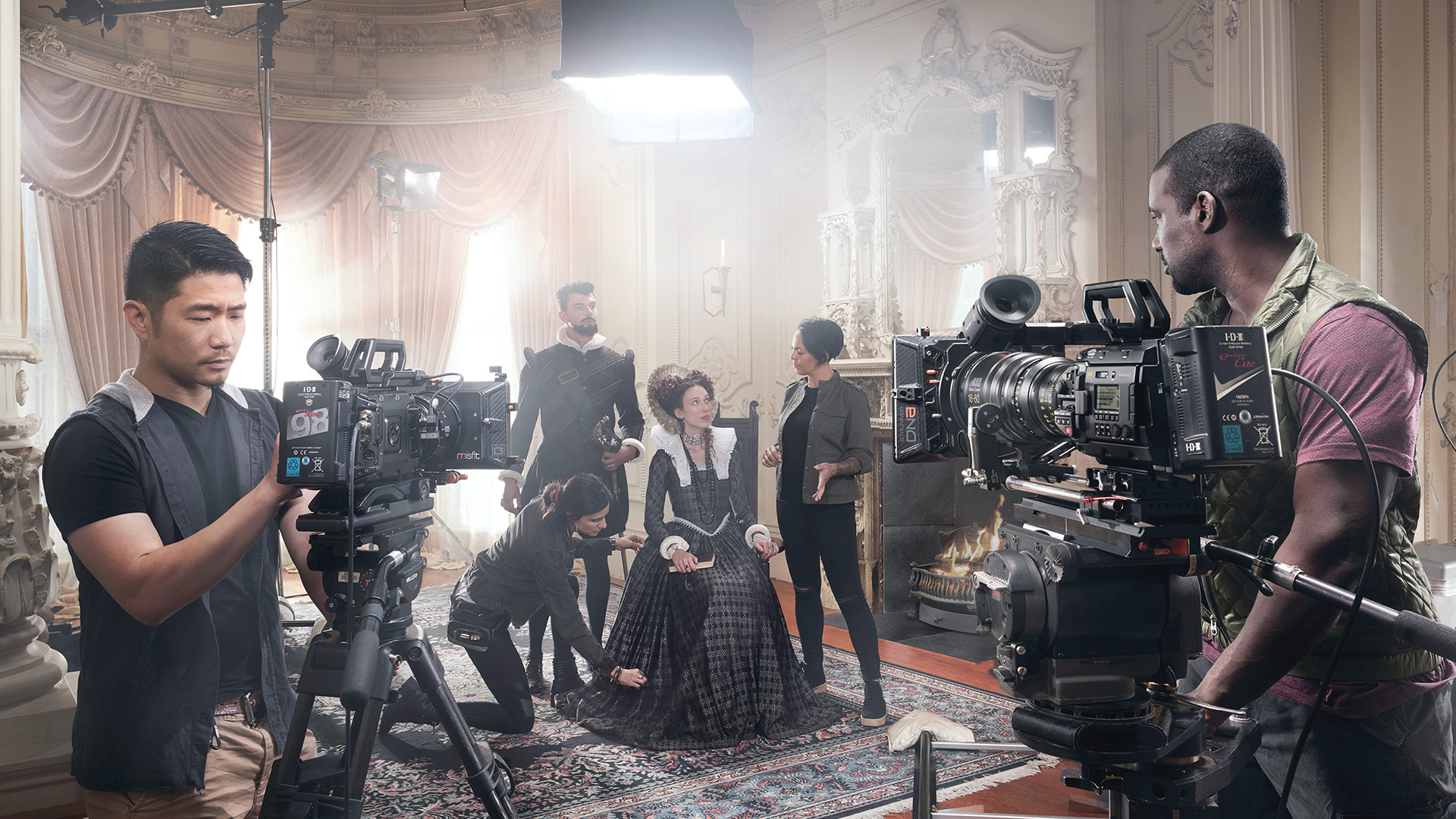 Once storage becomes incredibly cheap, the need for compressed footage in cameras could dissappear into obscurity... Or will it?

The fall in the price of flash since the early 2000s has been so rapid that most of the graphs showing it have a logarithmic scale. At the turn of the millennium, one gigabyte of flash storage could cost anything up to $1100, which means that the 64GB SD-cards recently given to journalists by Panasonic to shoot on their S1H cameras, would have been worth enough money to buy quite a nice car. In 2000, we didn’t have 64GB SD cards, of course. We didn’t even have 1GB SD-cards. But that exponential fall in price has a lot of market forces behind it and the film and TV industry is likely to continue benefiting from that. 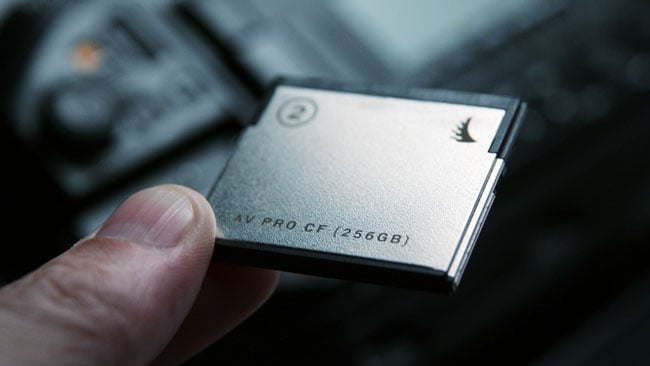 Cameras such as Blackmagic's Ursa Mini range rely heavily on very, very fast storage like this

So really, how long is it likely going to take before we can forego compression entirely? It’s not likely to happen next week, certainly. Even with very capable flash formats such as CFast, some cameras have had to use two cards and alternating recording to make uncompressed raw possible. To a great extent, that’s because, while flash costs have fallen precipitously, picture sizes have shot up. Doubling the linear dimension of a frame multiplies the data by four, and it’s increasingly normal for even conventional cameras to offer significant amounts of high-speed capability. The hunger for both space and speed is ferocious. 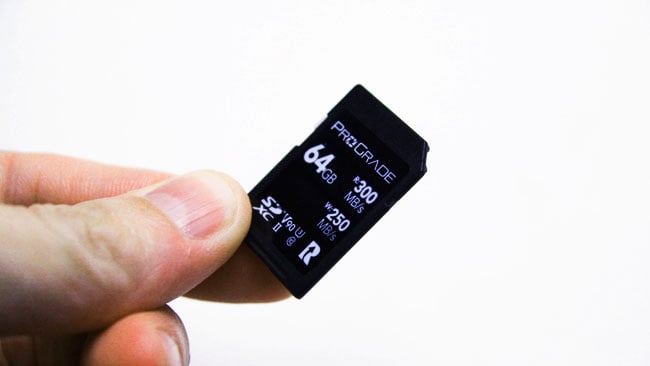 Sir-not-appearing-in-the-year-2000. This is a recent development — the immediate future promises even more

Even so, users are starting to question the practical need for higher and higher resolutions, while the demand for capacious, fast, compact, cheap flash seems unabated. Recent figures suggest that 26% of Apple’s entire operating profit came from up-selling flash storage on phones, tablets and laptops. Even if the average phone doesn’t need a dozen terabytes of storage, the push to make things smaller and cheaper is likely to ensure that bigger flash arrays keep coming. So, at some point soon – perhaps in the next five years, perhaps shortly thereafter – the technical need for compression in most video formats is likely to ease, then evaporate. Low-end audio recorders might still record MP3 files these days, but it’s already quite normal for TV series to shoot ArriRaw. It’s starting to happen.

The instinctive reaction to this is that it’s a great win for picture quality. To risk the wrath of pixel-peeping purists, though, we should admit that the very lowest levels of compression currently used – often under 3:1 – are not easily distinguishable from uncompressed material. The key issue here is not picture quality, really. In 2019, to take a completely heretical position, we’ve already got more picture quality than we know what to do with (well, that’s a bit of hyperbole, but the point remains). 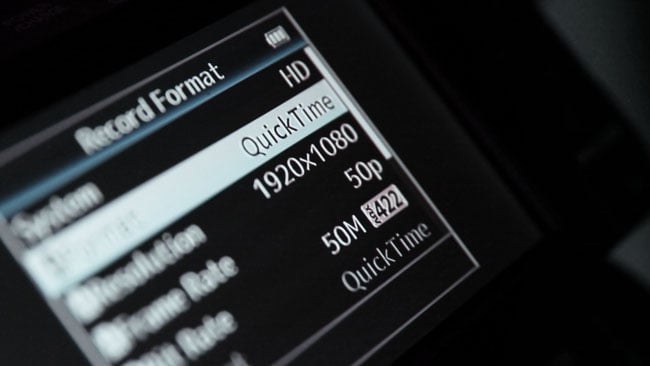 What uncompressed material could actually bring us is greater compatibility. It’s not only better, it’s also simpler. No matter how good the individual products, the fragmentation of compression standards in both raw and debayered material can fairly be called a disaster, even if we’re rather used to dealing with it. Once we had 35mm film and occasionally 16mm. Now we have half a dozen H.264 varieties, let alone anything else. Yes, these things work wonderfully within their boundaries, but those boundaries exist and the moment we step outside of them we start to encounter the need to transcode, which wastes time and disk space and always introduces the risk of lost metadata and technical error. 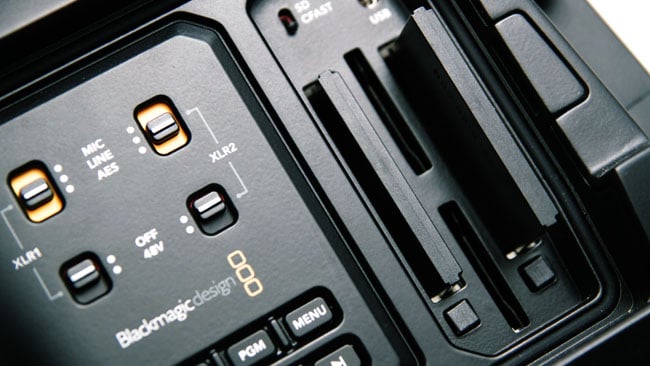 Ursa Mini takes two cards of each of two types. Will we see uncompressed options becoming the default even on current cameras?

So, might the explosion of flash availability and a move to uncompressed workflows solve this? Heh, probably not. Technically, it could, but politics is a tricky thing. Codecs as part of a camera are hard to test objectively, making them an ideal subject for marketing. They are also useful tools in the pursuit of vendor lock-in or at least a carefully walled garden of compatibility. So, even if we do eventually end up shooting uncompressed material, expect companies to find reasons to keep dreaming up slightly different ways to do it. It’ll be interesting to find out just how incompatible two different uncompressed workflows can be.