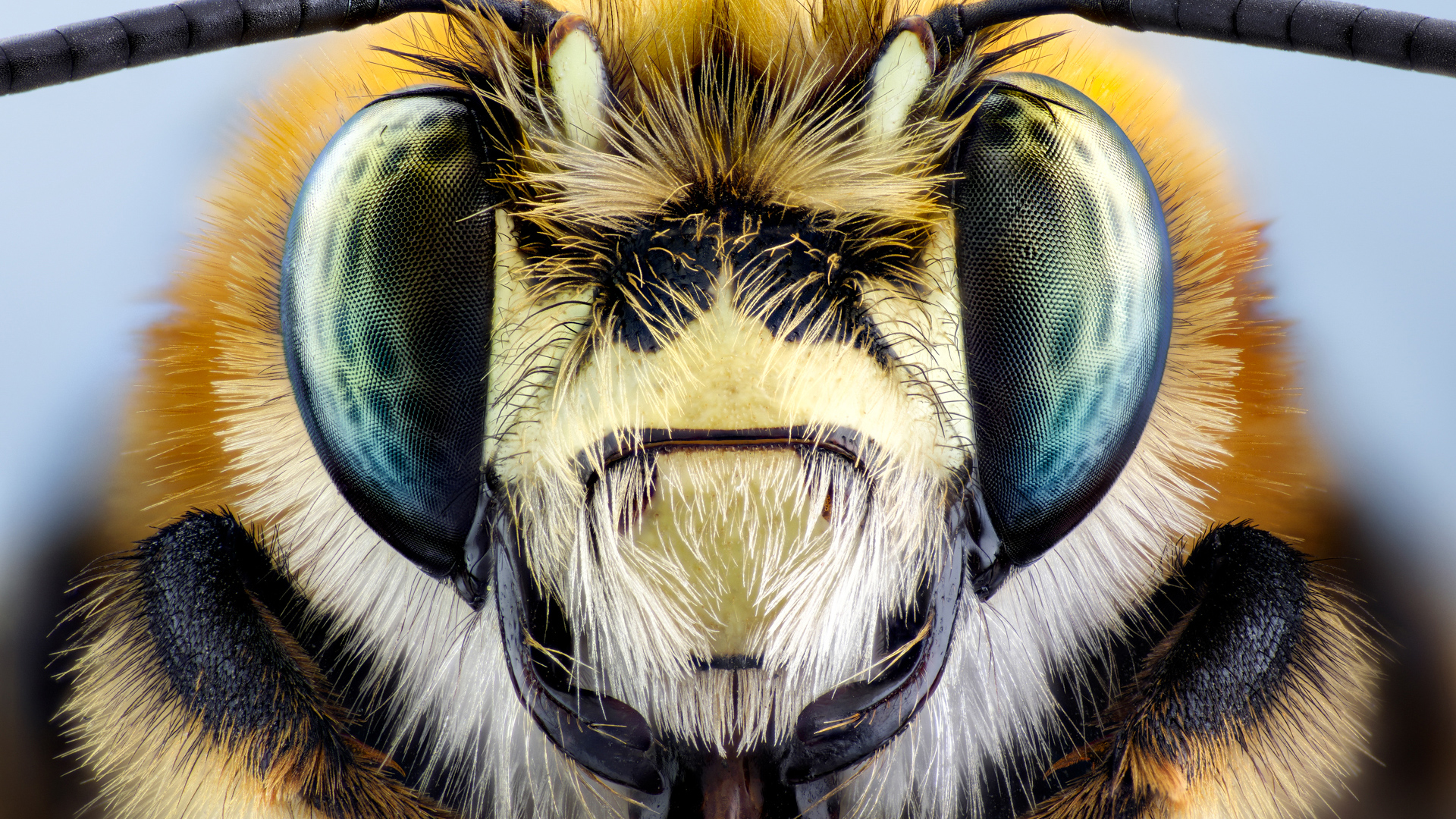 There are a lot of established lens brands out there so when a relative newcomer emerges it can be tough to gain any sort of foothold. Laowa are such a brand from Venus Optics. Chris Foreman checks out how the Laowa 100mm 2:1 Macro lens performs.

After the launch of several very interesting lenses mainly the macro arena they have recently introduced their 100mm 2:1 lens for Sony FE, Canon EF, Pentax and Nikon AI mounts.

At £469 this lens is priced well below the Sony equivalent, and whilst it doesn’t support AF like the Sony, it does have another string to its bow. The Laowa is a 2:1 lens, meaning that it’s able to reproduce subjects at 2x life size on the camera’s sensor. It gives full frame coverage, and it’s also an apochromatic design lens, meaning that nearly all chromatic aberration is eliminated. 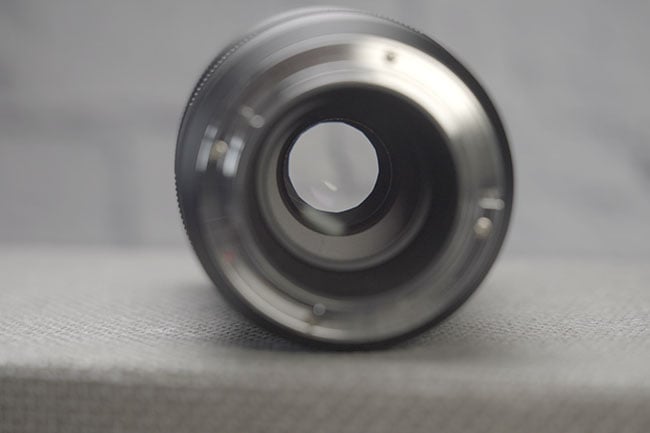 Aperture control is via a smoothly rotating ring with subtle clicks at f2.8, 4, 5.6. 8, 11 and 22 and another between 11 and 22 which is only marked with a dot. On the Sony FE version I have there is no electronic control in the camera body and as a result no chip, so no meta data from the lens is passed to the camera. This is a little unfortunate but on the plus side the Sony version has a 13 blade aperture rather than the 9 blades with Canon mount versions, 9 and 7 with Nikon AI and Pentax ones.

Unusually the front of the lens is not sealed; it’s quite easy for dust and dirt to drop into the mechanics of the focusing mechanism. Whilst the body of the lens is constructed from metal the lens hood is a basic bayonet plastic design which does feel a little flimsy but is largely in line with what you would expect at this price point.

Unlike some of its other macro lenses this one allows you to focus to infinity making it a handy 100 mm F2.8 lens as well. Although care should be taken when shooting into the direct sunlight as the lens has a tendency to introduce flare when pointed at the sun. This can happen even when the sun is out of the shot. This is apparent even if the lens hood is being used.

As this is not a plastic body lens it has some weight to it (638g) and when paired with a lightweight camera the combination may exhibit some balance issues. Even the knurled grips for focus and iris adjustment are not rubberised which is good to see as these can deteriorate over time.

Included in the box is a brief manual which also includes an interesting chart showing depth of field at various apertures and magnifications. After using this lens for a while you truely appreciate the 0.05mm depth of field at 2x wide open, expanding slightly when stopped down to f22 giving a somewhat extended 0.38mm. As for the important working distance, a figure of 13cm is quoted when working at 2x. 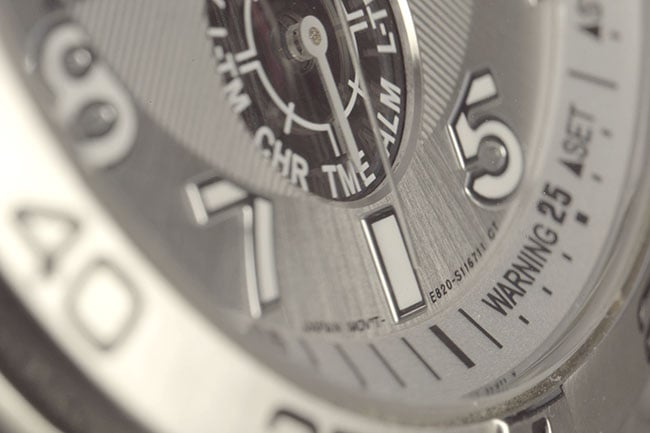 Razor thin depth of field even at f22

Of course when using the lens at it’s 2:1 maximum focus is hyper critical and any movements of the camera will introduce issues in focus. The shutter speed of more than one 120th is preferable even with the in body stabilization of some of the Sony cameras. I was using a Sony a7III in order to get the examples you see here. Patience is required with this lens and shooting on a timer and without a physical shutter can help a great deal.

A lot of users of this sort of lens use it for nature photography and it can produce very good results however my use for this lens is for close-up work for products. The lens performance is very good, sharpness is fantastic and the lack of any colour fringing means that no adjustments have to be made to accommodate potential chromatic aberration issues. 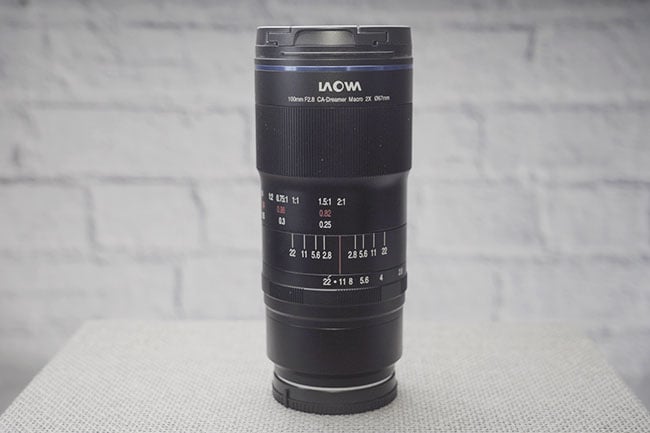 As for downsides? I did find the focus very slightly stiff and heavy although I prefer to have it this way rather than loose, especially when making adjustments of a mm or so. The angle of rotation from infinity minimum focus is around 120 degrees. I’m pleased to say that the adjustment was smooth although I would have preferred a longer rotation to help with critical focus.

There are lots of choices for macro lenses, some of them even being others from Laowa themselves. You need to weigh up what’s important when choosing a macro. I think this has a lot going for it, optical performance, 2:1 magnification and price. It doesn’t have AF and exif data is only supported with the Canon variant but I can live with that.