This is the tiniest professional high speed camera we've seen yet

Review: 120fps and 3G in a camera barely the size of a few matchboxes? That'll be the Marshall CV506. Phil Rhodes takes a look at a camera that Q Branch would be proud of.

There are lots of little point-of-view cameras in the world. There are also lots of cameras with full remote control capabilities and cameras which can shoot at 120 frames per second. There are, however, fewer options which combine all those things into a package the size of three stacked matchboxes, which is what Marshall’s CV506 camera does.

Marshall makes a living out of cameras just like the CV506 which end up stuck on sports players’ helmets, inside racing cars, along the side of the pitch at football games and in many other places where you'd like to see what’s going on but need something so small, it’s barely there. The 506 is available in several models. The version reviewed here has HDMI and 3Gbps SDI, but there’s an HDMI-only version which manages 120fps at HD resolution, among other options. That doesn’t sound world-beating in the context of modern cinema cameras until you recall that the camera is barely a couple of inches cubed and has a tiny 1/2.8” (that is, roughly 9mm) sensor. That provides for compatibility with tiny M12 lenses that keep the whole package down to a size that can be duct-taped more or less anywhere without much inconvenience. 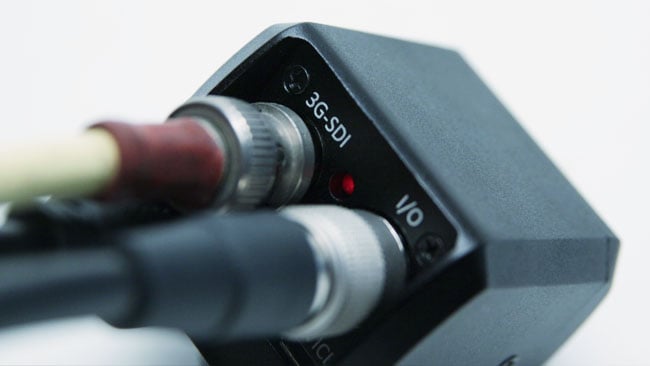 3-gigabit SDI, which is absent on the high-speed version

The high-speed camera was released at NAB this year alongside two siblings, both of which represent a step forward in sheer imaging capability for ultra-miniature cameras. There’s the CV380, a 4K camera capable of 30 frames per second and its big brother, the CV420, a 4K (yes, full 4K, at 4096 by 2160) camera capable of 60 frames. The 420 has 12Gbps SDI outputs to handle the data and a larger sensor to maintain a workable level of noise and sensitivity. Accordingly, the CV420 takes C- or CS-mount lenses. The cameras vary in size a little, but either way, these are big numbers for such pocket-sized devices. 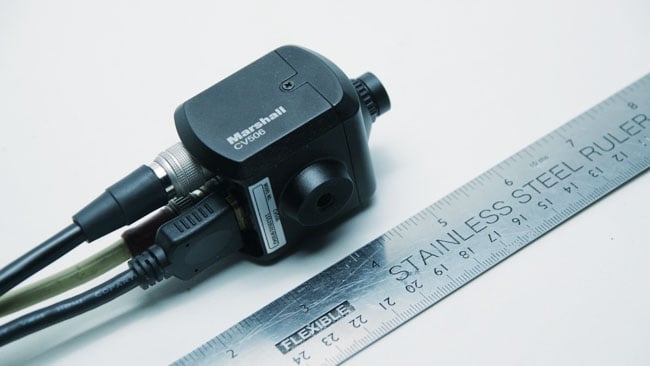 There are compromises, though no more than you'd expect. It is, of course, not competitive with the big-chip cinema cameras that we often discuss here in terms of noise and dynamic range. I wouldn’t expect that, but it produces clear, quiescent images in circumstances where there’s a reasonable amount of light. In circumstances where there isn’t a reasonable amount of light, there are sufficient gain options and noise reduction to make things viewable. The camera offers gain up to 70dB, at which point it’s clear we’re watching a special-purpose camera, but those features exist for circumstances under which some sort of picture is better than no picture. 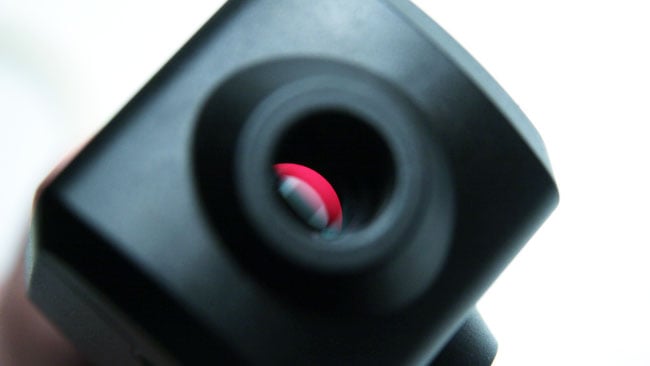 Somewhere behind that threaded hole is a really tiny sensor

The camera is supplied with the automatic options switched on, ensuring it works well in situations where there’s nobody around to set it up. Control can be taken via the Hirose connector on the back which implements remote control that will be familiar to broadcast studio facilities. A breakout cable makes it possible to supply power and control data without any infrastructure, and a small controller is included that provides a way to navigate the menus. The features are those I’d expect of any broadcast camera; white balance, gain, colour control and so on. Trimming the auto-exposure controls downward creates a slightly “stroby” image as the camera must necessarily reduce exposure time to darken the image. The larger-sensor C-mount cameras can control an iris which might avoid this. 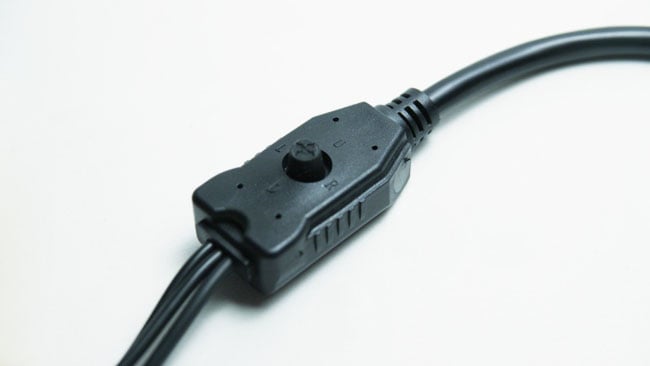 This simple controller provides access to the menus when the camera is not part of a bigger setup. It is part of the power and data splitter cable

Marshall sells to the machine vision as well as film and TV industries where the high frame rates mean fast-moving robots can see what they’re doing clearly. The core market seems to be television, though. The company website is replete with examples of major sporting events. It is just about possible to imagine a cinema application for it, though that role might be better filled by its bigger, 4K-capable cousins, which not only have more pixels but can probably take a wider variety of lenses. The widest M12 lenses for the 506 can produce seriously wide-angled shots of the sort used in association with football goalmouths. In short, it’s compact, tidy, there’s an option to go really, really fast and at around £1000 for the high-speed version and £650 for the HD issue seen here, it’s not expensive enough to alarm OB truck owners.