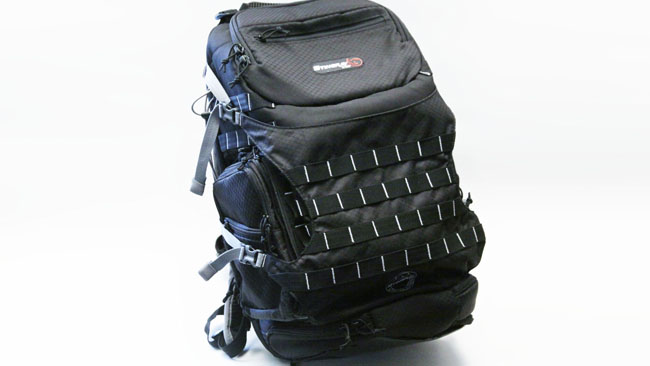 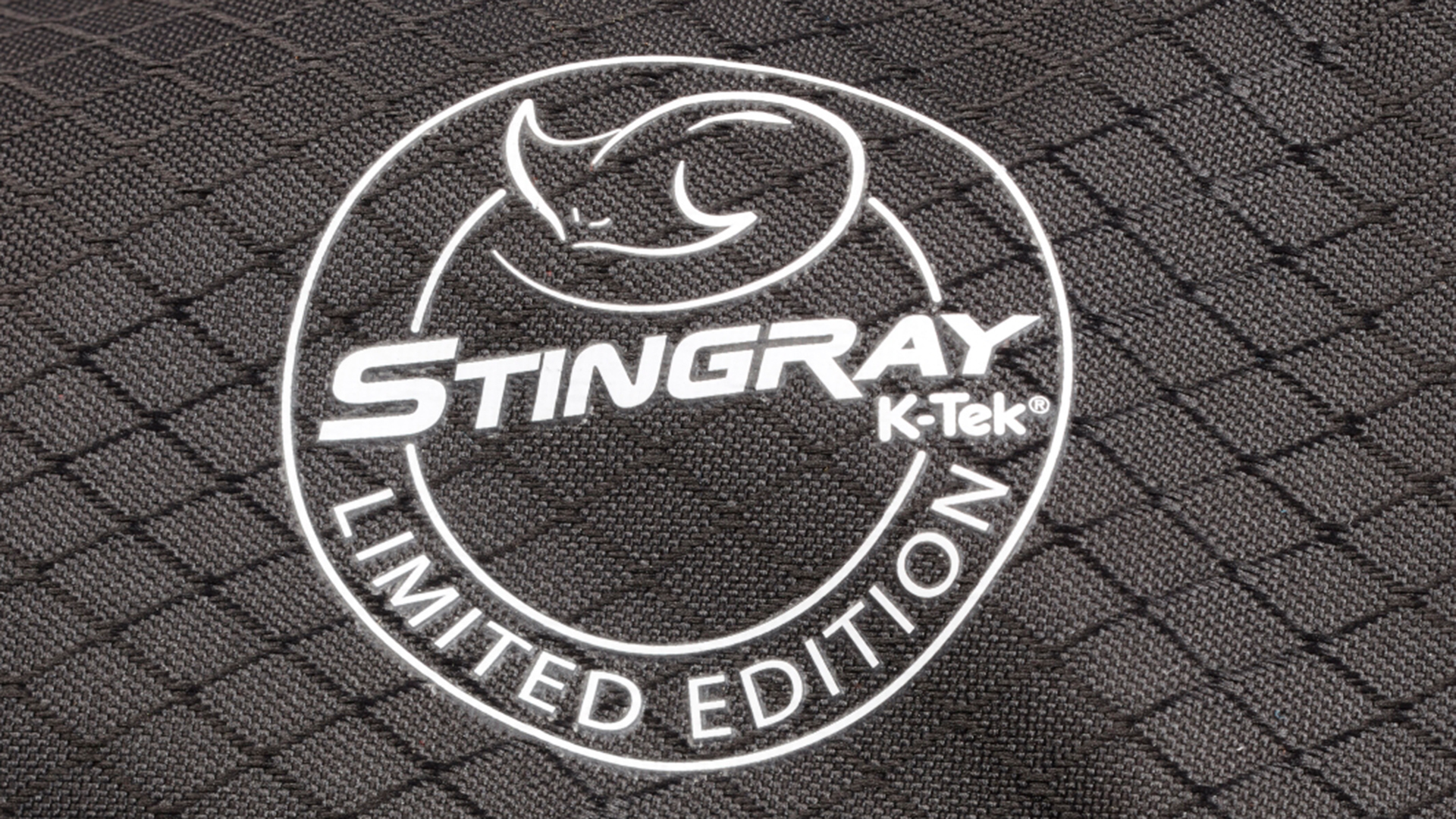 Review: We take a look at K-Tek's fully featured Stingray audio backpack. Anything can happen in the next half hour...

Luggage review isn’t something we do a lot of, but a sufficiently good idea is always worth covering and K-Tek’s Stingray audio backpack is a really good idea. 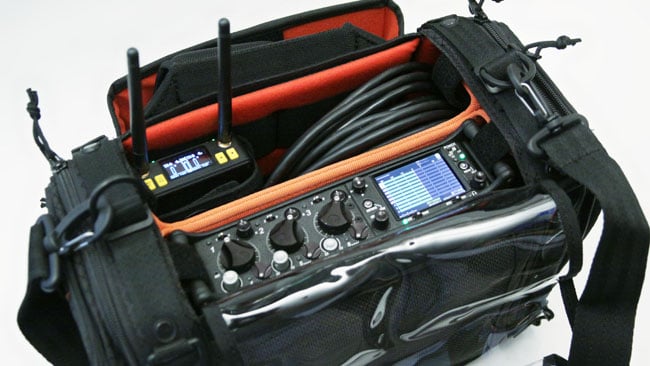 The company has been supplying equipment such as boom poles and shock mounts to audio people for some time and has a range of shoulder packs for mixers and other audio gear, with options scaled for everything from a Zoom F4 or F8 up to a Sound Devices 688 with a brace of radio mic receivers and other widgets. At least as much as the camera department, the sound department’s equipment invariably comprises a collection of expensive boxes held together with expensive cables and, notwithstanding attempts to regularise radio mic receivers with slot-in systems based on those used in ENG cameras, most location sound people are easily mistaken for an ambulatory rat’s nest of wiring that’s holding a cup of coffee.

Location sound is a complex and rapidly changeable situation in which people are required to be ready for anything at short notice and lots of care is taken to minimise risk, maximise flexibility and avoid inadvertently enmeshing a highly paid star in yards of microphone cable. Audio bags such as K-Tek’s invariably have zips with a lot of sliders on them to create cable exit points, neat magnetically latched bottom covers, elastic loops, drawstrings, and every possible adjustment all round. It has also inherited the MOLLE webbing system from NATO militaries, which sounds a bit more complicated than it is – it’s rows of webbing stitched down horizontally to the side of a pack or bag so that accessories with appropriately spaced vertical velcro straps can be passed through. As with many standards, though, it’s not particularly how the standard works that matters as the fact that there is a standard. 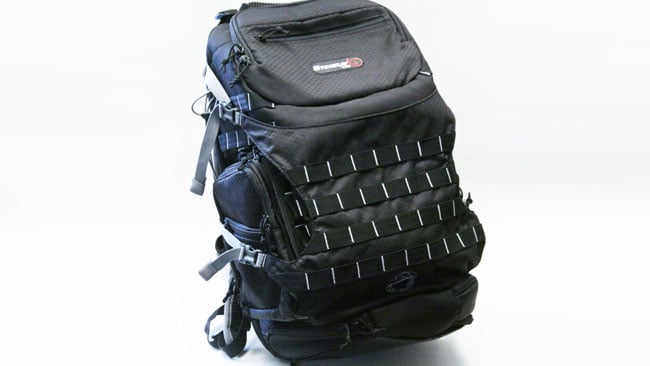 Despite all this attention to detail, though, an audio mixer bag can only really be carried in one way. When it isn’t being used or if it’s being used remotely via a tablet interface or something like that, it’s sort of hard to carry. They’re often thrown on the back seat of a car and while the shoulder pack design is great for following a documentary crew around, it’s not really designed for carrying equipment long distances from location to location. Then there’s the vexed question of what to do with one on an aircraft, quite apart from the fact that once a mixer pack is full of mixer, batteries, cables and radio mic receivers, there’s nowhere to stash a laptop or essentials such as a couple of cheese sandwiches in case of dubious catering.

The Audio Backpack, as the company capitalises it, is designed to solve this problem. Perhaps more commonly, it’ll be used to lug the gear between locations. Ordinarily, stowing an audio bag for that sort of portability might involve at least partially dismantling it, if only to avoid crushing the radio mic antennae when it’s stored in a larger bag or case. K-Tek’s solution is a backpack with a large central cutout that’s designed to receive one of its audio bags with contents intact. There are retaining straps and a rain cover which makes the entire assembly look like anyone’s hiking pack unless the optional extra pole cup is used to support a microphone boom, in which case the dead cat on a stick might be a bit of a giveaway as to what’s inside. 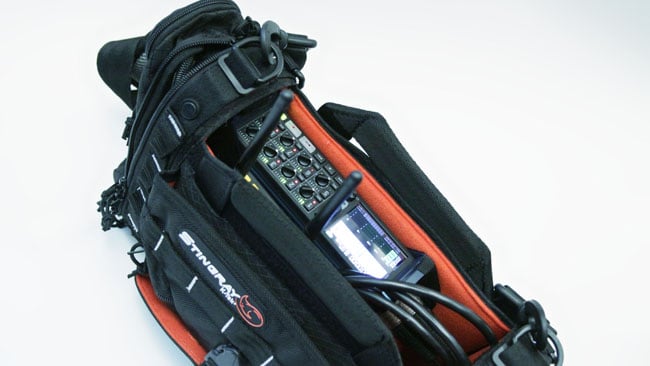 K-Tek supplied two separate mixer bags for review, the Junior and Small bags from the smaller end of their mixer bag range. The Junior bag is suitable for the Zoom F4 or F8 (pictured), though it still leaves plenty of room around those diminutive recorders for other equipment; the company recommends the small bag for a Sound Devices 633 (also pictured). With the really compact Junior bag, there’s room in the cutout for something like the Gizmo Bag to take up some of the leftover space in the cutout in the pack and stop things rattling around.

Overall, it’s a nice arrangement because there’s room in the part of the pack that sits against the user’s back for anything up to a fairly large laptop plus space in the top and bottom for accessories (and sandwiches). If there are downsides it’s that the bag itself is very sturdily built, like a high-end photographer’s bag and therefore weighs nearly seven pounds (3.5kg) by itself. Nobody’s going to use one of these as a day pack during an attempt on the Appalachian trail, but it gives the impression of a certain indestructibility and the fit and finish are among the best out there. 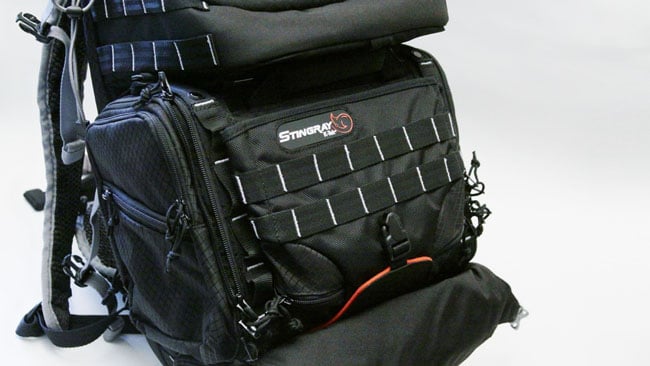 Luggage has a way of provoking sticker shock - “it’s just a bag!” and at $475 (or a disturbingly equivalent number of UK pounds) the K-Tek audio pack is not inexpensive, especially given that it only makes sense given an additional spend on a mixer bag. Still, if it’s got $30k of radio mic receivers, batteries and mixer-recorder in it, that’s probably not an unreasonable amount of money to spend to keep the insurance people happy. It’s very easy to spend that much on professional luggage from the likes of Porta-Brace, though they don’t service the sound recordist in the very specific way this backpack does. Whether it would work as a carry-on for flying is another matter; with a pole on the side, it would certainly raise questions. 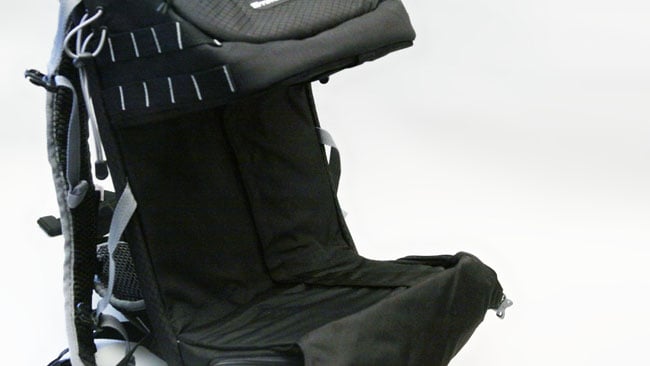 With the mixer bag removed, it's clear there's plenty of room for even quite big setups

But in short, it’s very lovely. It’s a specific solution for a specific problem, but that means it’s precisely tailored for the job at hand. The very existence of it speaks to the increasing portability of film and TV equipment in general, with battery-powered lighting and smaller, lighter camera gear making it possible to shoot in more and more remote circumstances. Some will balk at the price for luggage, but halfway up the thousand-foot climb to a location, your back will thank you for it.

Thanks go to K-Tek for supplying the luggage, Nordic Audio for the 633 mixer-recorder, Zoom for the F8n and Deity for the Connect radio microphone featured in this article.