A real world use for AI: Wimbledon tennis highlights 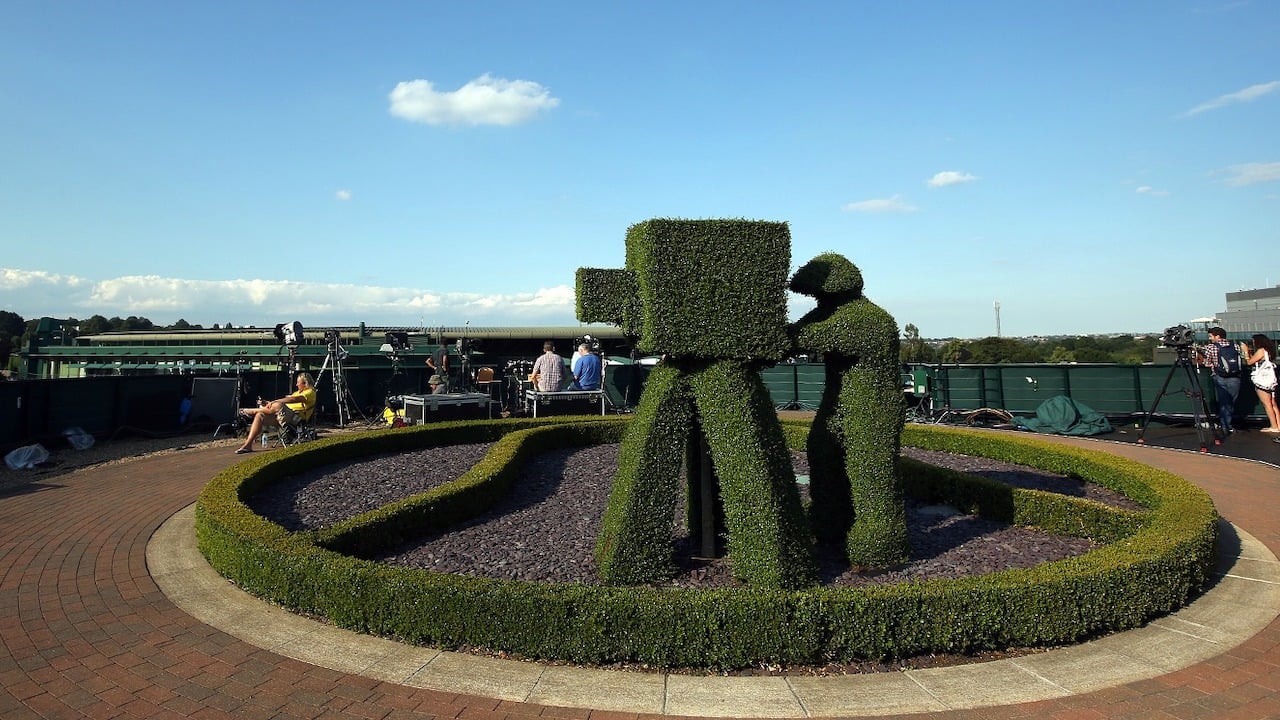 On location at SW19: We suspect this is the world's only topiary cameraman...

While AI the buzzword is everywhere at the moment, AI actually out at work in the industry is a bit rarer. But what IBM is doing at the Wimbledon tennis championships points to its future.

For all its image of primness and properness, Pimms and strawberries, the Wimbledon tennis championships run by the All England Lawn Tennis & Croquet Club (AELTC) has long been one of the most forward thinking of all major sports events. Its media centre is state of the art, and over recent years if there has been any technology that’s been needed to be tested in a real world sporting environment — from stereo 3D to VR to online streaming to remote production — Wimbledon has acted as a fertile test bed.

And in the last two years those efforts have also included deploying AI in the shape of IBM Watson to help compile highlights of all the matches that take place over the championship’s two weeks. Indeed, it has helped make comprehensive coverage of the event possible in the first place.

The task is a fairly mountainous one. Wimbledon has 18 grass courts that host close to the region of 700 matches over 14 days (even the six main show courts where the highest-profile matches are staged average four matches a day) and covering that lot is beyond the budget of any traditional broadcast operation. But since 2018, when the Club’s own subsidiary Wimbledon Broadcast Services took over host broadcast duties, it has used a mixture of robotic and manual cameras to capture the footage and IBM Watson-powered AI to produce highlights for streaming and social media.

Last year this system clipped over 75,000 individual points from nigh on 1000 hours of footage, compressing highlights turnaround time from hours to down to around 5 minutes, using a variety of different data points. This year the aim is to get that down to 2 minutes.

The system has been trained to work with a number of data points: analyse a player’s reactions and gestures, the crowd’s reactions to a point, and detect when a ball is struck for ever closer clipping. This is added to detection of camera placement and zoom, while realtime statistical information (serve speed, ball position etc) is also fed into the algorithms alongside historical statistical info that can help decide on the significance of a particular point, a break of serve in the deciding set, for instance. It has even been trained to remove crowd bias and be able to allow for the increased vocal support of a home player, for instance.

The results are good and increasingly so, if not perfect. Currently the AI highlights packages either need to be selected by human teams for publication or feed into editing where they can be used by craft editors for quick shot selection.

But while certainly no major broadcaster is going to let a programme currently go to air without human intervention in the production chain, we’re not far from the day when it could happen, especially for a sport such as tennis which has numerous subtleties but on the whole fairly simple to follow rules played out in a confined arena by a small number of people. It sounds easy, but, like the game itself, the efforts put in to the project by IBM suggest it's anything but...