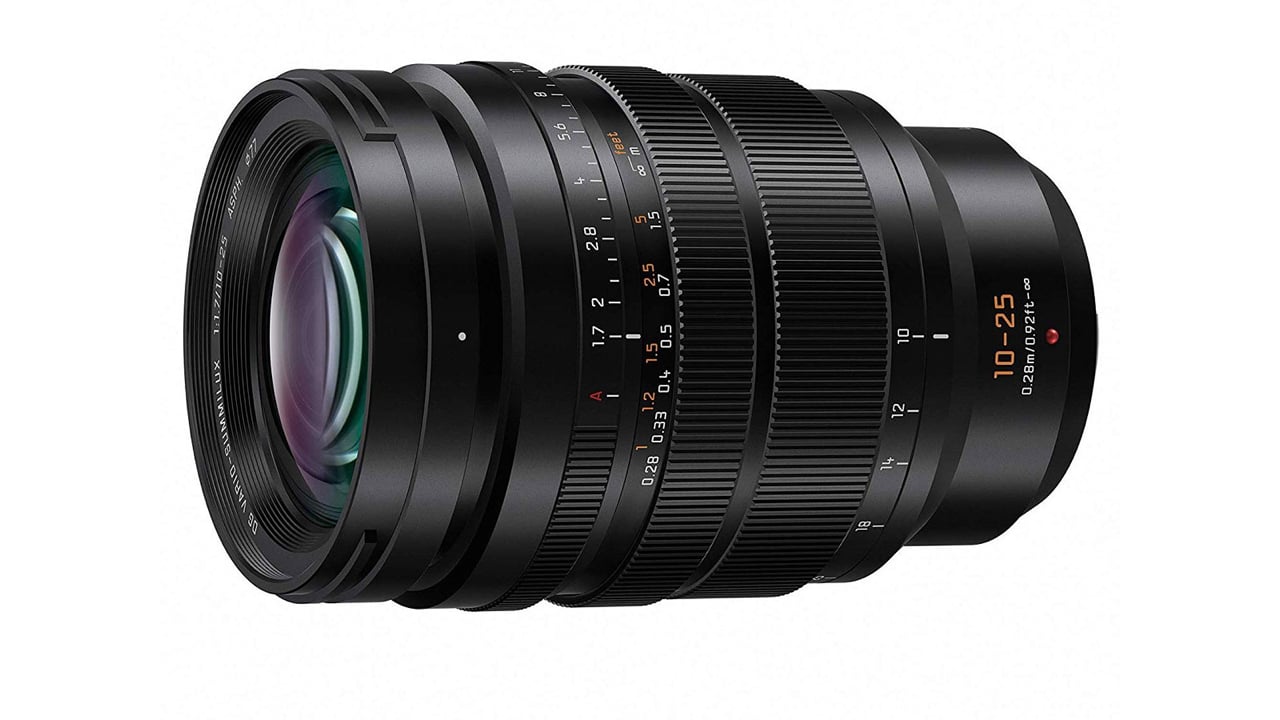 While the new Lumix S1H has understandably grabbed all the headlines, the Leica DG Vario Summilux 10-25mm F1.7 ASPH zoom, introduced at the same time, is quietly impressive too.

A new lens is never going to get the same column inches as a camera, but, all the same, a new zoom that is billed as the world’s first standard zoom lens achieving full-range F1.7 is probably worth more than just a passing mention.

The Leica DG Vario Summilux 10-25mm / F1.7 ASPH. (H-X1025), to give it its full and rather indigestible name, keeps that large F1.7 aperture throughout the entire 20-50mm (35mm camera equivalent) zoom range. Essentially it functions as a multiple fixed focal length lens, and Panasonic says that provides the same or an even higher level of image quality than prime lenses can offer.

The lens is compatible with a maximum 240-fps high-speed sensor drive for high-speed auto focusing. It’s also got a few tweaks for video recording; it’s not only silent but a step-less aperture ring and micro-step drive system in the aperture control section help the camera to smoothly catch up to brightness changes when zooming or panning. Panasonic also says that its optical design achieves “exceptional” barycentric stability to minimize image shifts during zooming. A 77mm front filter diameter makes the use of a variable ND on the front no real issue.