Here are two really useful camera accessories that will make your life a lot easier! 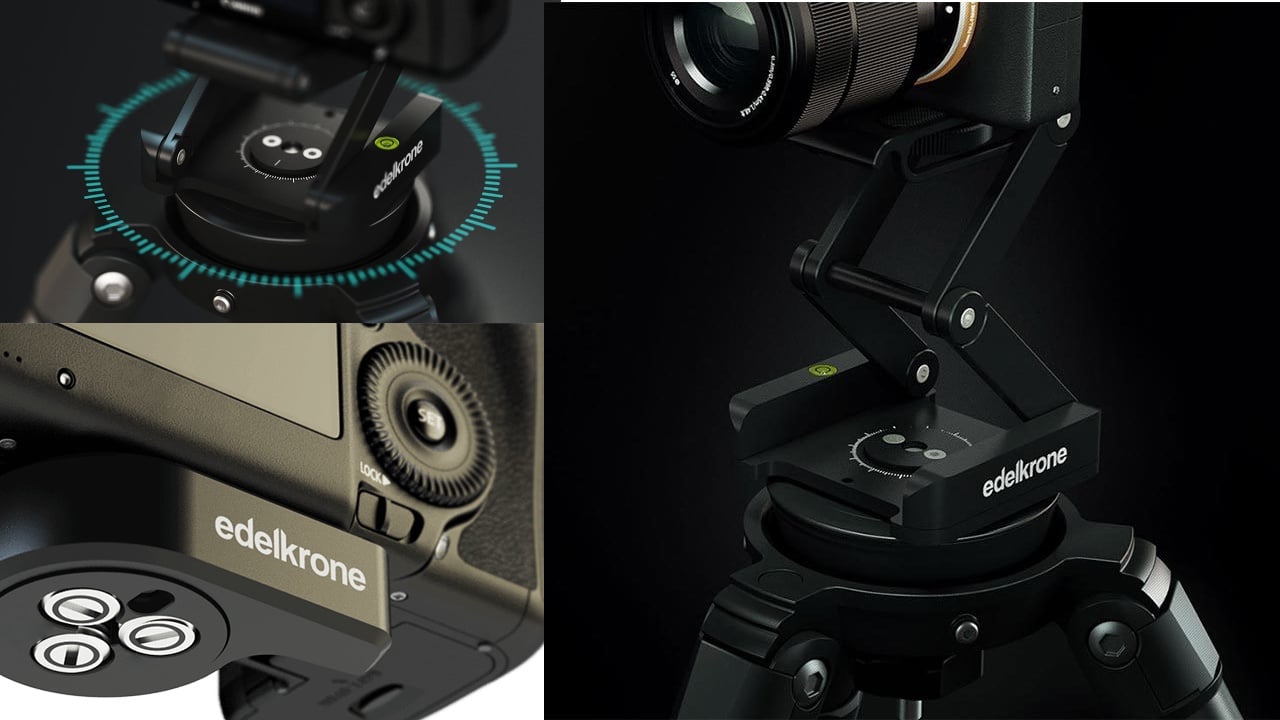 Review: Edelkrone's range of accessories and devices keep on surprising us. Here we review two devices that might sound simple, but in one case could be the most useful attachment you can buy.

Let’s start with the QuickReleaseONE. If there ever was a good idea worked out well, it must be this. If the QuickReleaseONE could talk, it probably would shout “bring it on” whenever you switch between Manfrotto, Gitzo, Arca and other tripod heads. 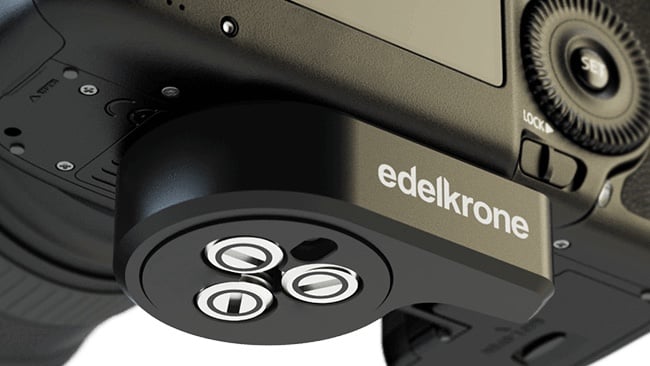 A nifty mounting system and a rubberised bottom let you attach the QuickReleaseONE to your camera firmly, so that, even when you handle it often, the camera stays foot. The lever on the QuickReleaseONE serves to make the three screws on the bottom rotate so they can grab a ¼ inch screw and fasten it. This effectively turns the screw in the same way as when you would mount the camera directly to the QR-plate.

Now, there is one thing that you need to become used to when using the QuickReleaseONE and that is that your camera sits higher on the tripod head than normal. It made me a bit wary in the beginning that the camera would be wobbly and loosen easily. Neither of which happened. In fact, I found it even works quite well with a plate on which the ¼ inch mounting screw can move from back to front.

The FlexTILT Head 2 is a pano head. When you open the box, it looks like an aluminium flat box. It is a generously thick square alu base with a level spirit sitting on a rotating base, with three strong arms that are kept together by moving joints. They can be fully unfolded to a height of about 20cm or partly unfolded to place your camera in an endless number of positions with the lens always parallel to the horizon, but also facing up or down. Thanks to the rotating base, you can rotate the camera in the horizontal plane. That base has marks to rotate the camera in set increments. 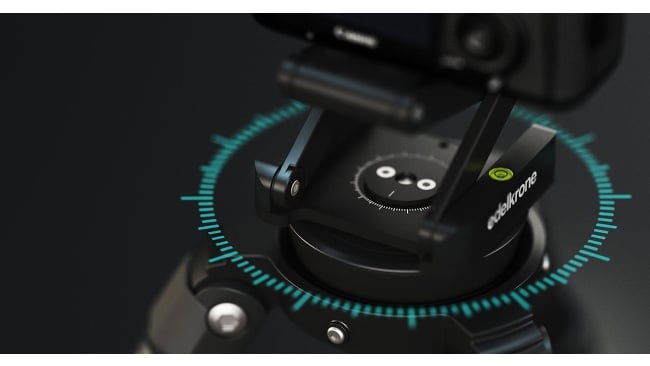 Except for its excellent quality of materials, the FlexTILT Head 2 is also extremely well built. Although the joints are kept together and move relative to each other using nothing but hex screws, they are made to such precise CNC machining standards that you can tighten and loosen the joints without weakening the connection over time. In fact, the FlexTILT Head 2 comes with a set of spanners so you can freely adjust the friction depending on camera weight and personal taste – or as the situation requires. 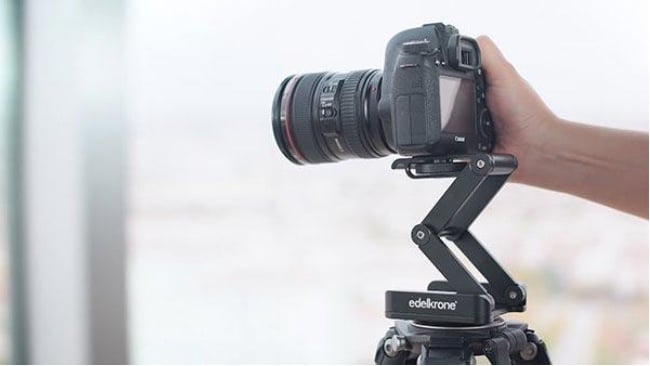 During my test period, I used the head on a tripod and changed the tension at least a dozen times on every joint and I did not need to tighten them harder after unloosening them a couple of times, which you normally would expect from an average quality product. 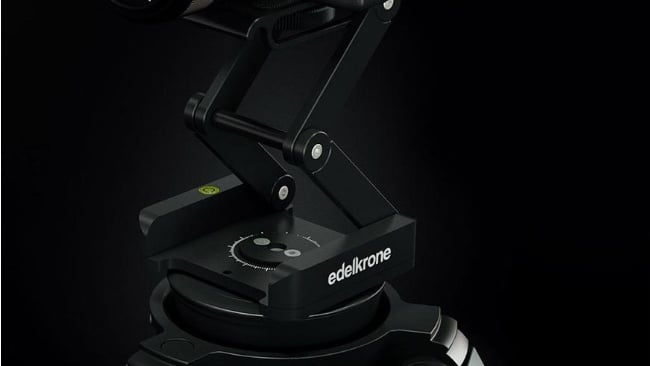 Out of the box, the joints are very much tightened to accommodate for heavier kit – probably to the maximum camera weight of 2.5kg – which results in you having to exert quite a bit of force to open them. The tighter the joints, the harder it is to adjust the position of the camera. That’s why you may have to spend some time setting up the FlexTILT Head 2 – it takes a bit of experimenting finding the right balance between tension and handling ease.

Once I found that balance, I was especially charmed by the ease of use and the opportunities the FlexTILT Head 2 opens up. The joint system making an “S” allows you to avoid parallax. Another thing that the head enables you to do is shoot objects from above in a plane that is parallel to the floor without also including the tripod legs. 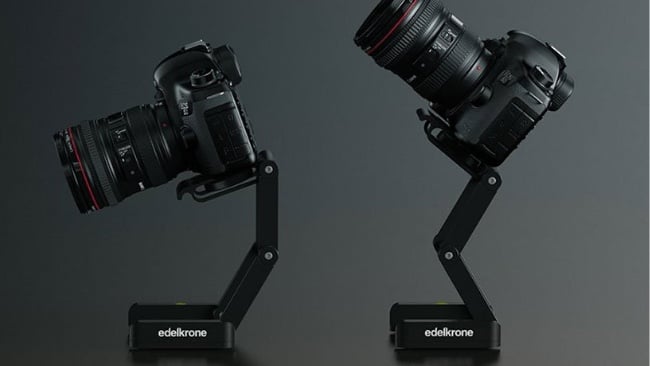 Finally, the FlexTILT Head 2 can handle a camera by itself, sitting on a flat surface and perfectly balanced if you keep the camera’s centre point over that of the head.

Both the QuickReleaseONE and FlexTILT Head 2 are beautifully designed, but, more to the point, they deliver advantages that you wouldn’t expect to be possible because of the technical and mechanical challenges involved.

Edelkrone seems to have succeeded in overcoming those and the resulting products make your life easier and open up creative opportunities that would have needed you to spend a fortune on specialised gear.