Blackmagic's 8K switcher is a vision from the future 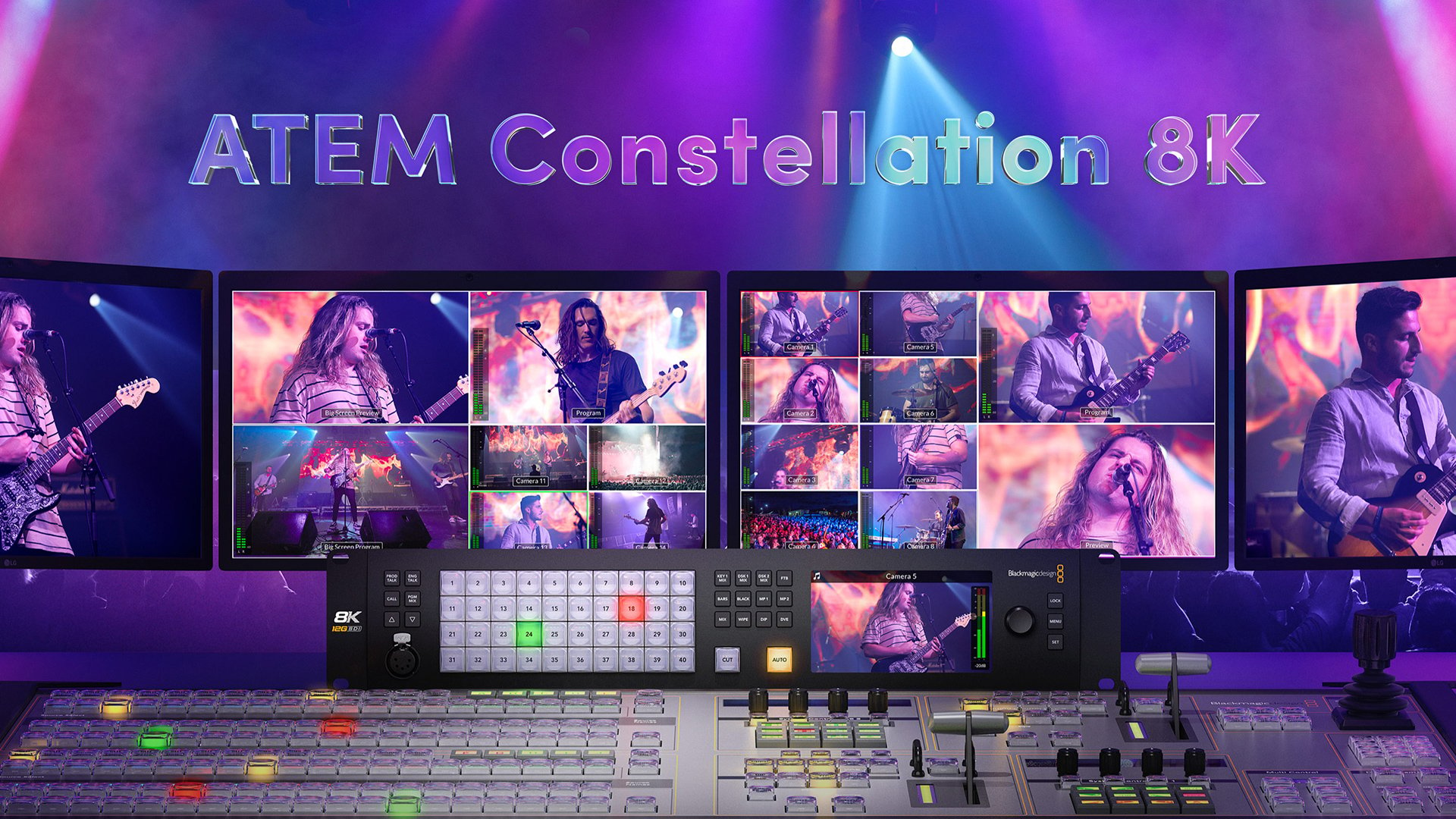 It’s the future of digital video hardware, in a box. Here’s why.

I’ve written several times in RedShark about how we’re moving into an era in video technology that’s quite different from what’s come before. Perhaps the most important sense of this is that we’ve gone into the pixel/resolution race and come out the other side. Sure, we’re going to see more greater-than-4K cameras this year. Sure, 8K - at least in production - is slowly on its way to becoming the default. But today’s perspective is that we have enough pixels right now, thank you. Once we all have 8K (or something near it) you’re not - yet - going to hear people clamouring for 16K, unless it’s for something out of the ordinary. (I personally think that before we hit mainstream 16K we’ll be using video codecs that are pixel-free and based on AI instead).

Which raises the question: what happens now?

The new Constellation video switcher from Blackmagic is a very heavy clue. Exactly why may not be obvious, so please bear with me while I explain, and also understand that I don't have detailed knowledge of the internal structure of this product.

To commit a gigantic oversimplification, processing is becoming commoditised. Not because it’s getting faster in the way that Intel’s X86 (later Pentium) processors used to: back then you could almost tell the month by looking at the ever increasing clock speeds of their CPUs. As we now know, clock speeds can’t keep rising, and they’ve kind-of plateaued for the past decade. But there’s almost no limit to how many processors you can use in parallel. FPGAs - Field Programmable Gate Arrays - are intrinsically parallel, and although bigger FPGAs cost more, obviously, there's no physical reason why they shouldn't keep getting bigger.

The magic of the FPGA

All of this underlies a trend which is this: effectively you can make an electronic processing device almost as powerful as you like by almost pouring processing into it. Just like it was soap powder.

Now, none of this is meant to diminish what Blackmagic has done in any way. It’s a fantastic achievement, especially at the price- and this stuff is still difficult. But what the Melbourne company has done is understand the potential of the new technology and grasped it. And they’ve grasped it in a way that a number of other companies (which I won’t name) specifically haven’t.

One of these non-specified companies might have done things very differently, by building a switcher with a massive amount of bespoke electronics, undoubtedly highly optimised, but also inevitably expensive. Maybe twenty times as expensive. Different approaches, but arguably equally valid. Except Blackmagic "gets it" that the new architecture is masses of programmable logic, which at boot up time can adopt almost whatever architecture you want it to be, with a simply staggering amount of I/O (The constellation has 40 12G SDI inputs. It’s only about five years since one 12G SDI input was pretty unusual).

Once you have the programmable parallel processing and an almost infinite amount of I/O, you can map the I/O to the processing any way you want. So if you want to have ten channels of 8K instead of 40 channels of 4K, it’s not only as simple as loading different software into the FPGA (I’m talking at an engineering level here) but it’s not even harder in any sense. You’re just using the same hardware differently configured.

Just to ram home the notion that the Constellation is generations ahead, here are two facts which would be mind boggling in themselves. First, any one of those inputs can accept virtually any digital video signal. Every one can change resolution and frame rate. And the Constellation (using MADI - a 64 channel digital audio I/O protocol) can handle over a hundred audio channels complete with EQ and Compression etc. You can even connect it to one of BMD’s Fairlight audio controller consoles, at which point it becomes a physical audio mixer with dozens of channels.