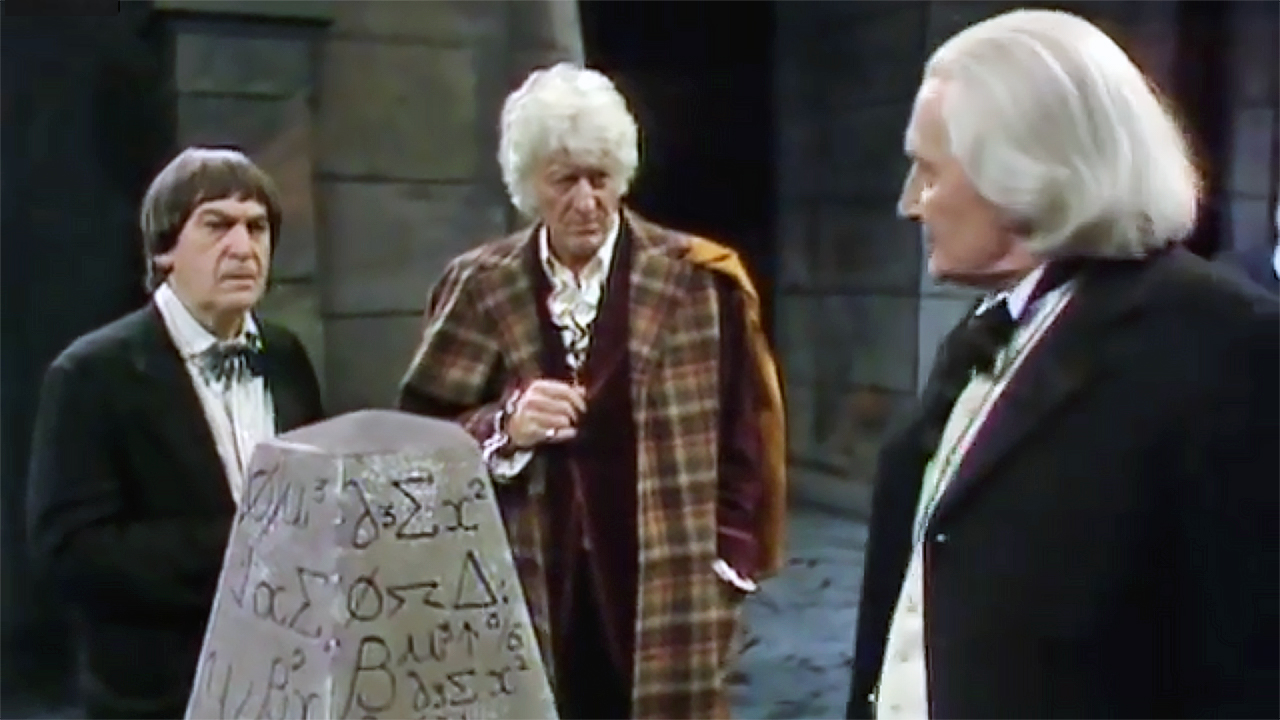 Replay: The dark world of the VT operator is further revealed as Simon Anthony recalls more tales of daring do behind the scenes of one of the UKs most famous television exports.

I worked at TVC, VT Tel Rec from 1978 to 1989ish - a period which covered several Davison Doctor stories. My involvement was mostly at quite a distance, being under the fountain and in the dark, but without Tel Rec nothing would exist, so I think our stories should be told.

The act of transmitting a tape was from time to time rather more of an event with Doctor Who stories than for any other program. In the closing scenes of a Davison story 'Snake Dance' the monster had to be destroyed by centring it within a set or mirrors. When the alignment was just right, the 'Mara' exploded in a flash of light. The flash had been generated by a rather over zealous vision mixing desk such that the video peaked at somewhat more than the VTR at the time could manage. Fortunately I had seen and noted on the card the fact that this flash would make the machine lose lock, and when to my horror I saw that this fact had not been picked up before transmission I had to do some quick knob-work on the video output at the appropriate moment. The auto-chroma did not overload, the AVR2 did not lose lock and the Doctor won the day again.

I was the VT engineer for Adric's final moments in the Cyberman doomsday series. Mathew Waterhouse had to type frantically on a keyboard to feed in emergency code to save the day - but as he typed a not quite dead yet Cyberman shot his last shot and blew up the device with a very satisfying, and on the first take somewhat unexpectedly violent explosion. The shock of this showed in quite the wrong way and a second take was required. Mathew was noticeably un-keen to stand quite as close the second time as he had the first and he very tentatively tapped at full arm's length. This time the bang was expected and no damage was done, but I preferred take one. The next job for me was to record the end captions. There was a problem - there was no sound, so, like the diligent RO I was I called the studio to report the fault. I was told the silence was deliberate, but, I was not told why. The reason for the rather terse comments I was given became clear when the show went out. Adric had died. I had killed him and I didn't realise it - nor did I leak the story to the press. I found out the same way everyone else did.

Recording a scene for The Five Doctors gave me a chance to really shine as an engineer. I had to play in to the studio from one machine and record an added effect on another. The problem was the machines where not working as well as they could. The producer, John Nathan Turner was for some reason I can't remember actually in the recording cubical with me when I set the machines up. The scene was shot in a moody low light and the heads of the VTR had worn down to the point where banding was too obvious for my professional eye to allow.

Problem was, there was very little time to do anything about it - but I did anyway. JNT said it was OK as it was, but, I had just finished a term in Video Head Optimisation and was totally up to the task of doing a super fast head change. This I managed easily in time to not cause any difficulties, to my pleasure and satisfaction and, I later found out JNT was also impressed. I was and am a great fan and life long follower of the show and I am still proud that JNT wanted me to work on all his shows from then on. A feather in my cap, but nothing came from it.

Finally I can relate my only editing experience on the show. The Doctor Who exhibition at Longleat House required a short video sequence to be playing on a loop, but the shoestring budget could not stretch to actually getting a suite together to do the edit - nor had anyone even had enough budget to decide what to show, let alone do an offline edit. I got the job. At BBC Enterprises I had two VPR machines and a few transmission recordings of Peter Davison's final episode and regeneration sequence. I did a pull together of the main events from my memory of what I thought the best bits where. I got a teeshirt for doing that, several sizes too small but much appreciated all the same.

I never saw the exhibition but many years later I met a fan who still remembered seeing and loving my edit. At the time I was also rewarded for my efforts by being told about out takes I had not known about. The VT Christmas Tapes had already sparked the first of what became many programs showing out takes and I could present 'The over acting Dalek' and one I called 'Bugger, I've lost them' to the viewing world. If you know the show, you know these clips. Only one got on the 'Golden Egg award' part of Noel Edmund's Saturday show, and that gave me my only screen credit in over a decade of VT work at TVC.

A great job to talk about, mostly very dull to actually do ( apart from the good bits ).