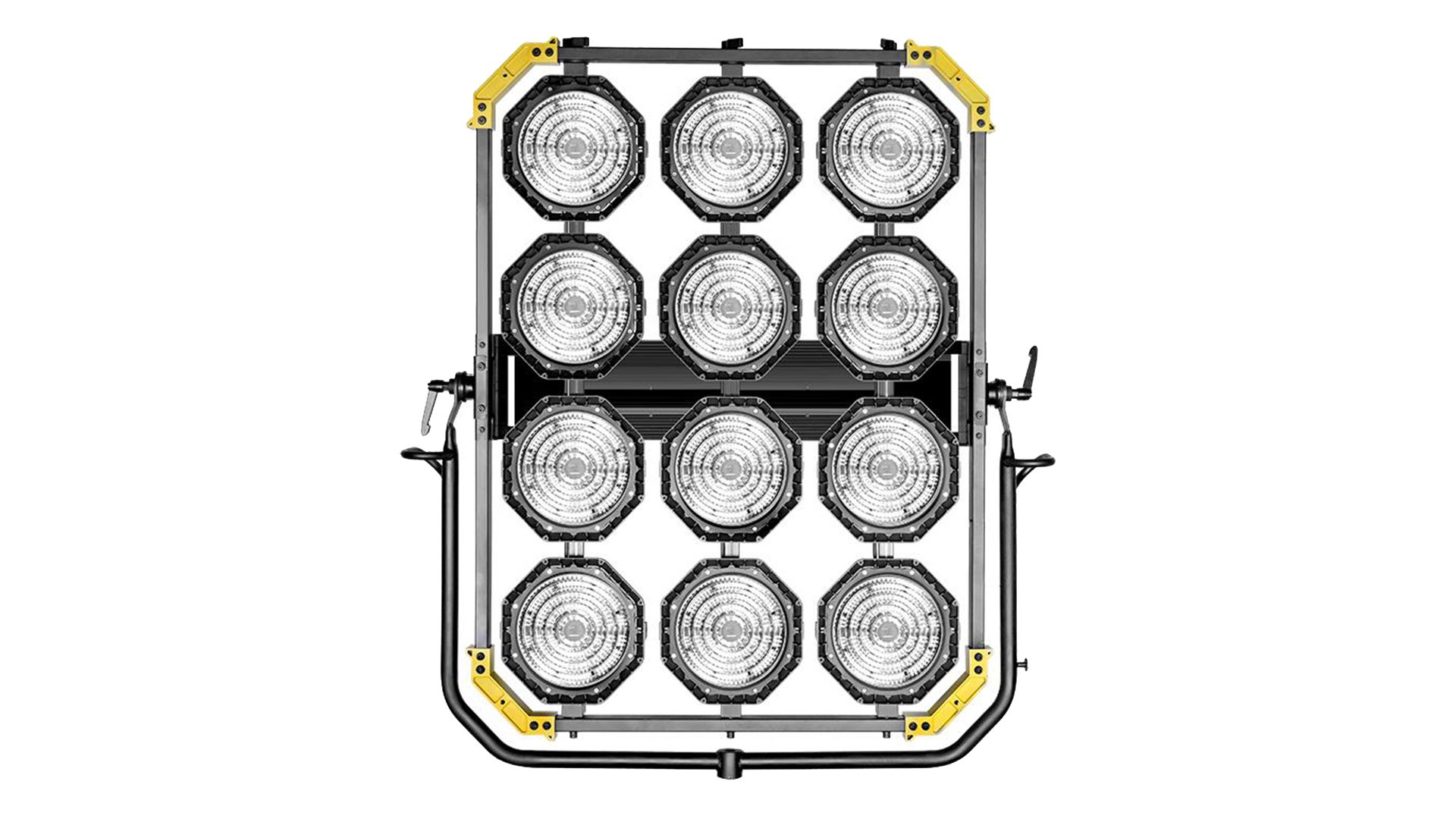 Anyone who spent some time hanging around film sets at the end of last year, especially in Northern Ireland, would have seen crew wearing “we survived 40 days of nights” sweatshirts. These commemorated the gruelling schedule (actually spanning 55 days) during which one of the most expansive battle scenes in film and television history was put before the camera. It's spectacular, but there have been gentle comments that the sequence was – well – a little heavy on shadow. So here's our rundown of some very big LEDs.

Far be it from us to tell Game of Thrones what to do but in the context of Mole-Richardon's exhibition of possibly the largest point-source LED ever made at NAB, it seemed like a good time to look at some of the really, really big lighting options that exist for those days out on location, with a thousand extras, when a 100W soft light panel just won't do. These are lights for which the four-figure power specification is not a tungsten equivalent. Welding goggles on, folks, for our dazzling survey of today's multi-kilowatt LEDs.

Yes, it’s just a bunch of smaller lights bolted together, but let's be clear that we're going to consider arrays here. There is absolutely no way to make a single two-kilowatt LED junction with 2019 technology, though this is the sort of statement to which we will doubtless return one day with a rueful smile. Back in 2014, Cree announced a 19-watt LED and anything larger is always a bunch of smaller ones stuck together. Still, what Lightstar is doing is both simple and effective: behind each lens is a 180-watt LED array. Racking them up in multiples is brutally simple, but it has the advantage that brutal simplicity works.

Yes, it will create multiple shadows, but this is effectively the LED equivalent of a Dino or Molefay. Those have always produced multiple shadows, which rather puts the lie to the idea that many kinds of LEDs are a problem solely because of shadow segmentation. Lightstar makes the LUXED series in single, four, nine or 12-light configurations and even offers a handy wheeled truck which carries up to five of the nine or 12-light options. Some people will snicker at the idea of anything using a positively solar 10.8 kilowatts of LED light as would fit on one of those trucks, but those would not be the people who've been asked to shoot over-cranked car stunts, night exterior, on anamorphic lenses, on ISO 100 film stock.

The LUXED-12-LM goes for £6290 plus VAT, making it a hugely affordable light on a per-watt basis and that's before we've even taken into account the savings on a crew, generators and truckloads of wrist-sized cable. You can run it from one wall socket in the UK, with enough left over to run one of the four-lights and charge the crew's phones. 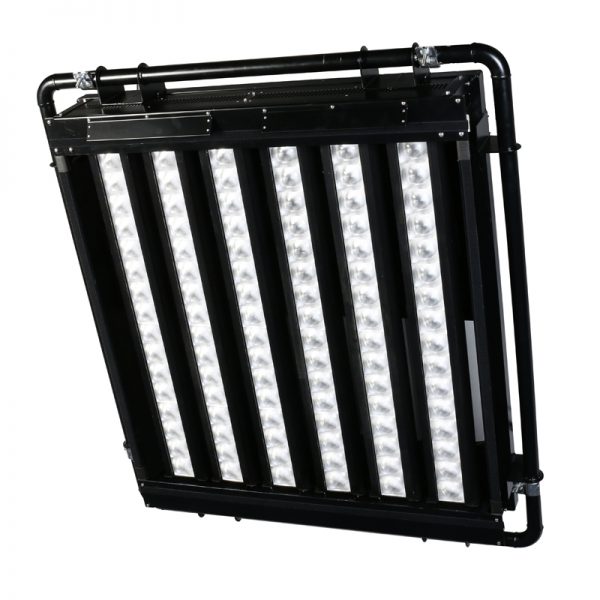 Chroma-Q refers to the Brute Force 6 as a “quarter Wendy Light,” referring to the late David Watkin, BSC, and his invention of the 14-by-14 light FAY array. Containing 196 individual lights at around 650W each, a “Full Wendy” would approach a slightly mind-bending 130KW and while Watkin's ideas about the inverse square law were very valid, it is not an easy thing to power.

The Brute Force 6 is an array of arrays, comprising six of Chroma-Q's Studio Force II arrays. This gives it a lot of programmability and the ability to produce various patterns and colours, unique among the high-power lights we're looking at. It's an open question as to whether it's really the equivalent of one-quarter of a Wendy Light, which would equate to about 32KW of the rather higher-than-average efficiency FAY lights or about ten times the power of the Brute Force. It's also not always clear what the power ratings on full-colour mixing lights really mean; they'll almost never have all their colour channels on full power simultaneously.

Still, it's clearly immensely powerful and a much more practical thing for most productions than a real Wendy Light. At nearly £23,000, it's far from cheap but, as a rental, would stand to save a small fortune in generator and other ancillary costs. 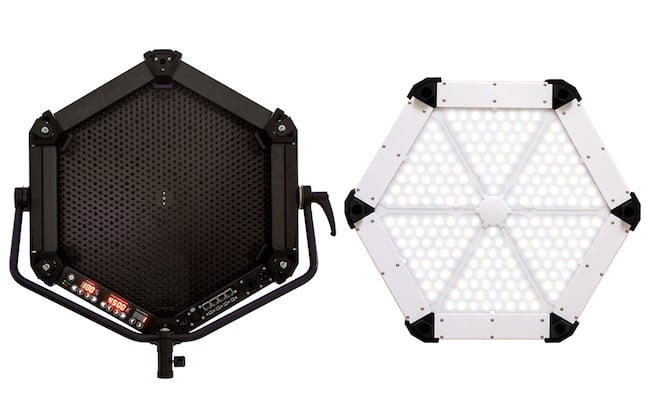 We might be taking even bigger liberty with LED arrays here because the 3500-watt configuration actually involves seven of Sumolight's tidy hexagonal devices, each of which is itself an LED array that will either drive a spacelight or, with optics, produces a useful beam. The advantage here is that the LEDs are relatively small, with Sumolight's interchangeable optical panels providing each emitter with an individual lens in much the same way as an early LED panel based on 5mm emitters with built-in lenses. This arrangement minimises the visibility of segmented shadows or at least ensures they can be cleaned up with a light frost filter.

But that would spoil one of the things the Sumospace is good at, which is producing a really well-defined beam, at least with its narrowest lens set. There's probably not much else in the world which is capable of creating the sort of very broad, yet very defined, beam of a seven-light Sumospace array, at least not in the same amount of physical space. A big HMI would do it, but it would need to be tens of metres away, and many setups just don't have the space to do that. The very particular optical behaviour of a very big array of very small lenses is easy to overlook.

A single Sumospace hexagon goes for £3863, making the seven-light array worth an eye-watering £27,000, but power-wise it's the biggest option here. Without wanting to speak for the company, it seems reasonable that anyone purchasing seven Sumospace hexagons might be able to get a deal on the Super Mount to hold it all together. 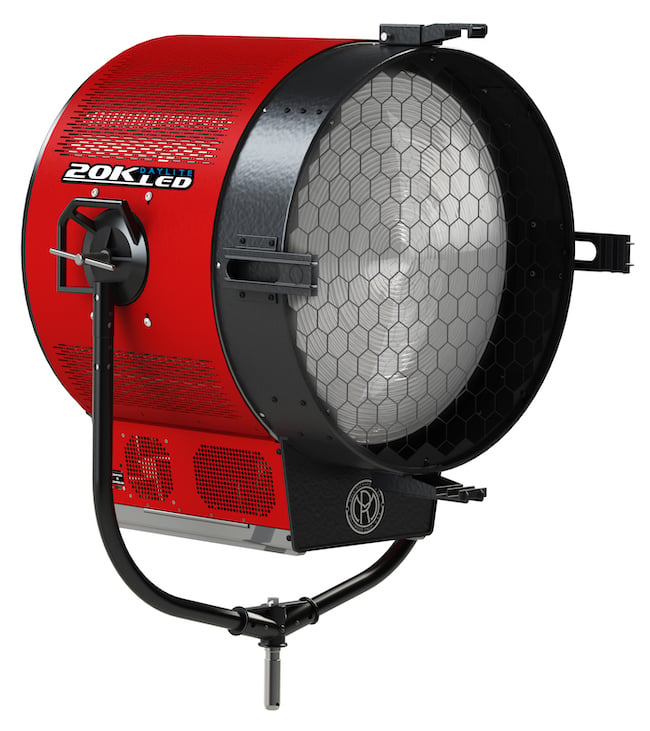 Until recently, Mole's Tener LED was the largest point source LED available. Now, Mole's 20K LED is the largest point source LED available. Are we keeping this for last because it's best? Well, no, because it isn't even really out yet and it will doubtless cost a lot of money, but at some point, if we want a hard, cuttable, shapeable light that can cast sharp shadows, accept nothing but a Fresnel.

All of the other lights here offer (at least) variable colour temperature, which the Mole doesn't. There are different versions for daylight and tungsten output, and perhaps the most interesting option is the tungsten, because there are, after all, cheaper ways of making lots of efficient daylight, whereas there's literally no other way of making efficient tungsten. Logistics are simplified a little, based on the fact that it can be run as a split device from two separate wall sockets in places with 110V mains, though, really, there's no excuse made for the fact that Mole makes big, chunky movie lights which will be familiar to traditional electrical departments – and it is a big, chunky movie light. Perhaps any 3K LED always would be large, given the cooling requirements, but there’s something to be said for the efficiency of a Fresnel lens fully two feet in diameter.

It's 44 inches – over a metre – high and it weighs 45 kilos, and one day, it too, will be outdone by a 5K and a 10K LED, all of which we could use right now. For the moment, though, it's probably somewhere very near the top of the tree, and it seems a bit unfair to keep demanding more.