The highly respected Z Cam series has now gained a 6K and 8K brother and sister. And the price is a pleasant surprise.

The 4K Z Cam hasn't long being released, but it is winning plaudits by the bucket load for, well, its really good picture as well as build quality. No other camera anywhere near its price range, or size, can record 120fps 4K slow motion using the full raster of the sensor.

Along with Kinefinity, the Z Cam is showing that the new wave of Chinese camera manufacturers are becoming a serious force to be reckoned with. These aren't cameras with a little bit of flakiness to put up with here and there to make up for their relatively low prices. No, these are serious cameras that work, and are production ready.

This initial trickle of cameras will soon change into an industry changing flood. And the first signs of this was the announcement just before NAB that Z Cam is gaining two additional models. A S35 or full-frame sensor 6K model, and a full-frame only 8K one, the E2-F8. 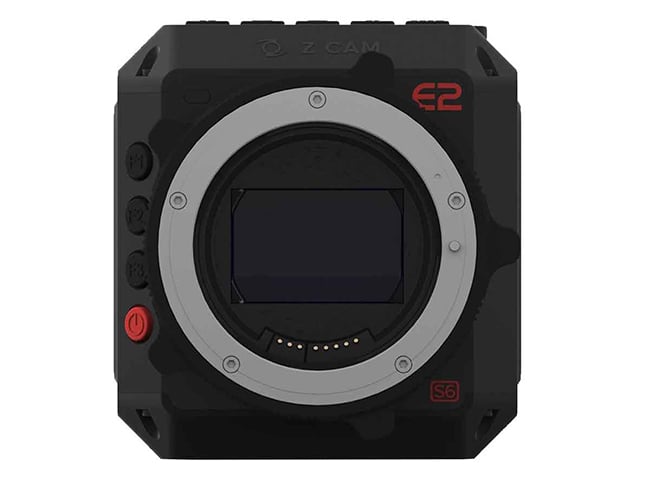 Recording is made to CFast 2.0 cards in either H.265 or H.264 compression up to 300Mbps in 10-bit colour. It is worth bearing in mind however, that the original Z Cam E2 started out recording to these formats, but gained ProRes later on via a firmware update.

As per the original camera, dual native ISO features, at ISO320 and ISO1000, while users can select from Rec.709, Z-Log2, flat, or HLG depending on how they are dealing with post production.

The cameras can record audio via XLR, which requires an XLR to 5 pin Lemo adaptor. Lemos are not cheap, but this does allow the cameras a small form factor while also allowing 2-channel XLR audio in to be catered for.

Power comes from L series batteries, which have now become pretty ubiquitous across many different types of hardware. Cameras can also be synced together, with up to 100 cameras supported.