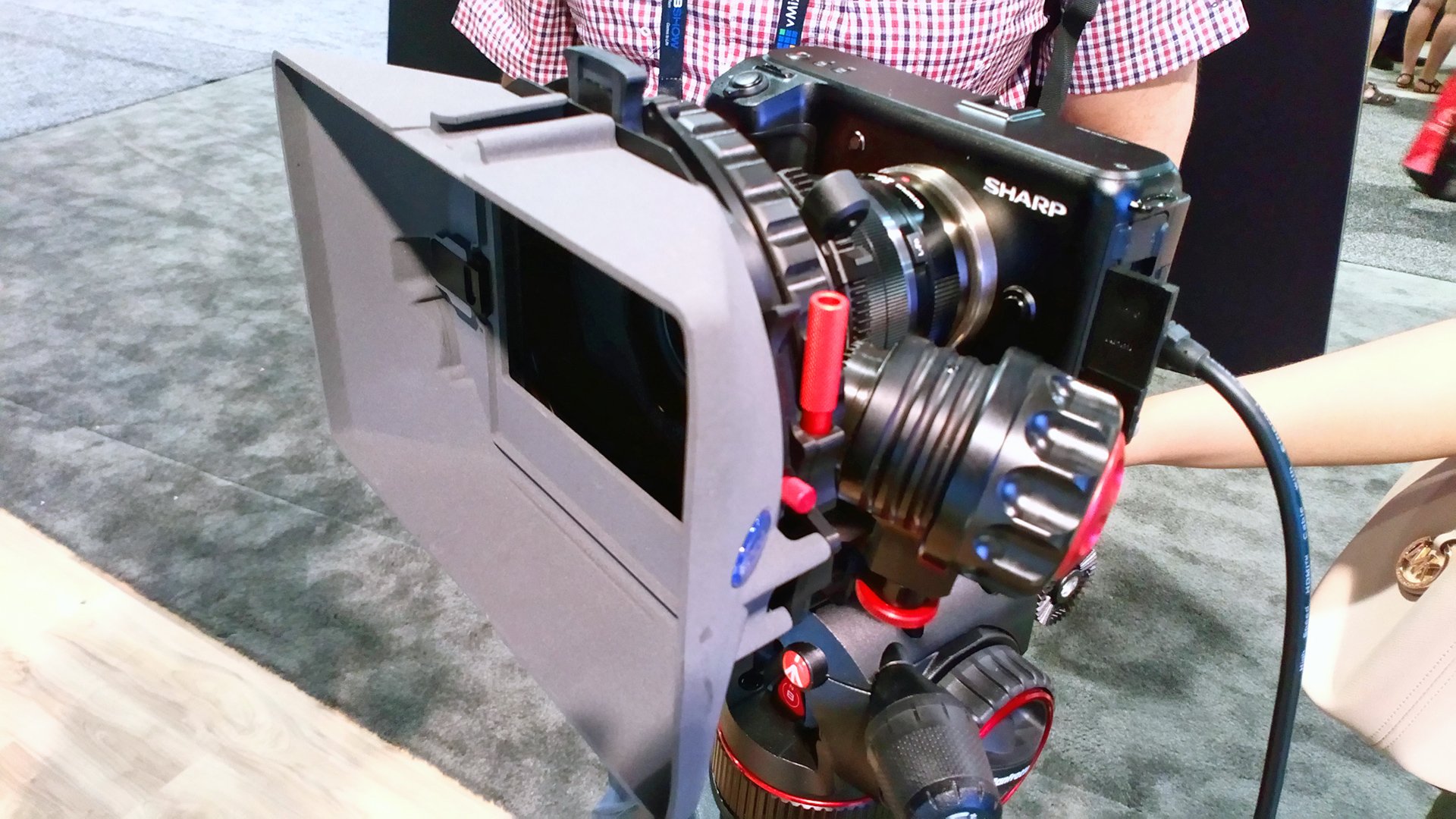 While 8K wasn't the overriding focus of this years NAB Show, it was a very prominant force, with one particular camera demonstrating that 2019 was the watershed moment when the resolution became mainstream.

Usually it's only possible to identify when something became mainstream in hindsight, but it seems likely that this time around now will be remembered as the point at which 8K started to become more accessible. After all, it's not really mainstream if only $50k devices can do it.

And as anyone who’s been within a mile of the Las Vegas Convention Center over the past few days will be fully aware, Blackmagic has applied the magic wand of 8K to several of their core products. Anyone witnessing this might well have expected a big reveal of a camera, though the Ursa Mini Pro G2 was announced a couple of weeks ago. That made a complete new camera announcement seem less likely, and in the event it leaves Blackmagic with postproduction and live studio equipment for 8K material but without a corresponding 8K camera.

An organisation that does have an 8K camera is Sharp. We’ve been following the company’s development of 8K cameras since the surprise reveal of its 8C-B60A camera back at the beginning of 2018. Sharp is a giant of electronics and such a thing was clearly well within the capability of the company, particularly given the involvement of Astro Design, the Japanese manufacturer of useful and well-made test and measurement tools, displays and recording devices. At the time, we noted the huge amount of fine detail in the camera’s images, but expressed some concern at the noise level implied by so many pixels on a comparatively small Super 35mm sensor. The 8C-B60A is also chunky even by the standards of full size broadcast cameras. 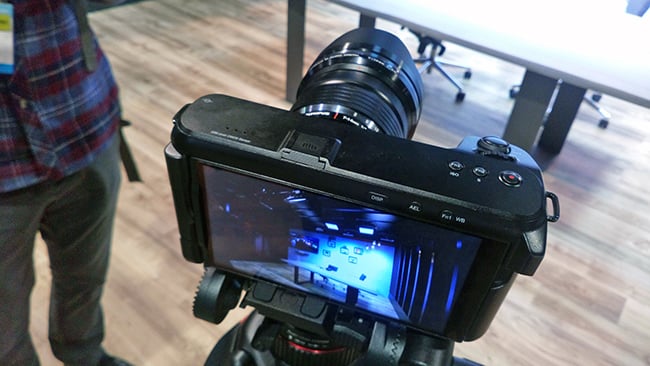 The compact size of Sharp’s latest 8K model is therefore something of a surprise, as is the price. At least one company advertised 8K for $8K; Sharp’s offering is 8K for $4K, putting the company squarely in the same sort of price bracket as Blackmagic’s finest - and Sharp has four times the pixels on its thirty-three megapixel imager.

Fronting up to Blackmagic so squarely feels like a courageous move; it’s easy to see the Australian company as a powerful incumbent in the world of high-price-performance-ratio cameras, and Sharp’s little 8K device is certainly a lot of pixels for the money. We should remember, though, that Blackmagic itself has only been a camera manufacturer for a scant number of years, and while the company has done well by providing good engineering at a good price, there are clearly no guarantees for anyone.

Sensibly, Sharp has adopted the micro-four-thirds lens mount, placing the mount close to the sensor for maximum interchange compatibility. Perhaps slightly less sensibly, the camera uses a micro-four-thirds sensor (JVC crammed a full Super 35mm sensor behind the same mount in the LS300, so it can be done. It’s hard to believe that there will be no compromises for such tightly-packed pixels, especially as the original full-size camera didn't look like the quietest around to begin with. Still, we must wait and see: there was no opportunity to shoot any material, much less under controlled conditions, and it’ll be interesting to see how it turns out under test. The company couldn’t say exactly when a sample camera might be available for review, but the combination of resolution and price will be enticing for anyone with either a genuine need for that many pixels or a crusading desire for primacy.

It’s a shame to leave Sharp’s display technology to this almost-footnote, but we should also talk briefly about the vast, vibrant, sharp and fast eighty-inch 8K LCD display that dominates one corner of the company’s booth. Displaying images from the 8C-B60A camera at 120 frames per second, the display looks good, at least as far as we can tell under trade show floor lighting (which isn't far.) Subjectively, though, it’s lovely. It’s perhaps a bit too vibrant, and it’s no surprise that Sharp describe it as a “commercial” panel rather than a home TV; we might expect to see it in conference rooms and displaying advertising. 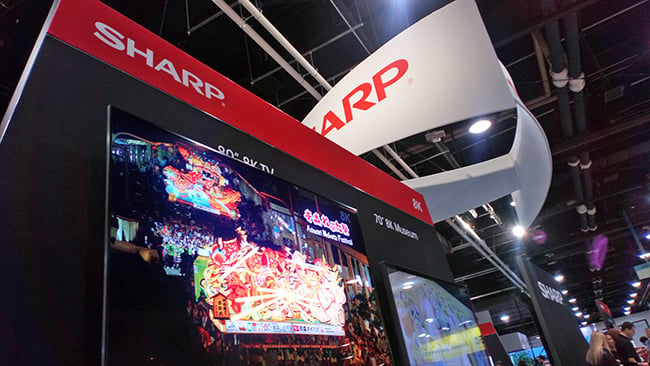 Sharp's 8K commercial display in all its glory

Sharp is also not the only company to exhibit a large-scale 8K display, with Sony showing an 80-inch, 8K member of its Bravia domestic televsion range which looks a little gentler and more natural in terms of colour and brightness, though they are of course showing different footage and it's hard to compare. Still, that Sharp is hard to overlook; terms like “three-dimensionality” are routinely, if rather inaccurately, used to describe the subjective feeling of watching a really nice high dynamic range, high frame rate image, and their display provokes that feeling in spades.

In general, the availability of 8K equipment seems to be outstripping the general feeling about it. That general feeling is that distributing 8K is probably not that useful; it’s such a marginal improvement at normal viewing distances on normal displays that there’s very few reasons to distribute it to the home. Even so, there really is quite a lot of 8K gear at NAB this year, and we’re not talking about just the lenses which have been relabeled 8K on the basis that eh, they were good enough. Shooting high resolution, of course, is a different matter; shooting, say, 6K or above makes it easy to end up with really good-looking 4K. Perhaps 8K is an acquisition format more than a distribution format, and perhaps that’s fine, given that it can now be done for not much money at all.