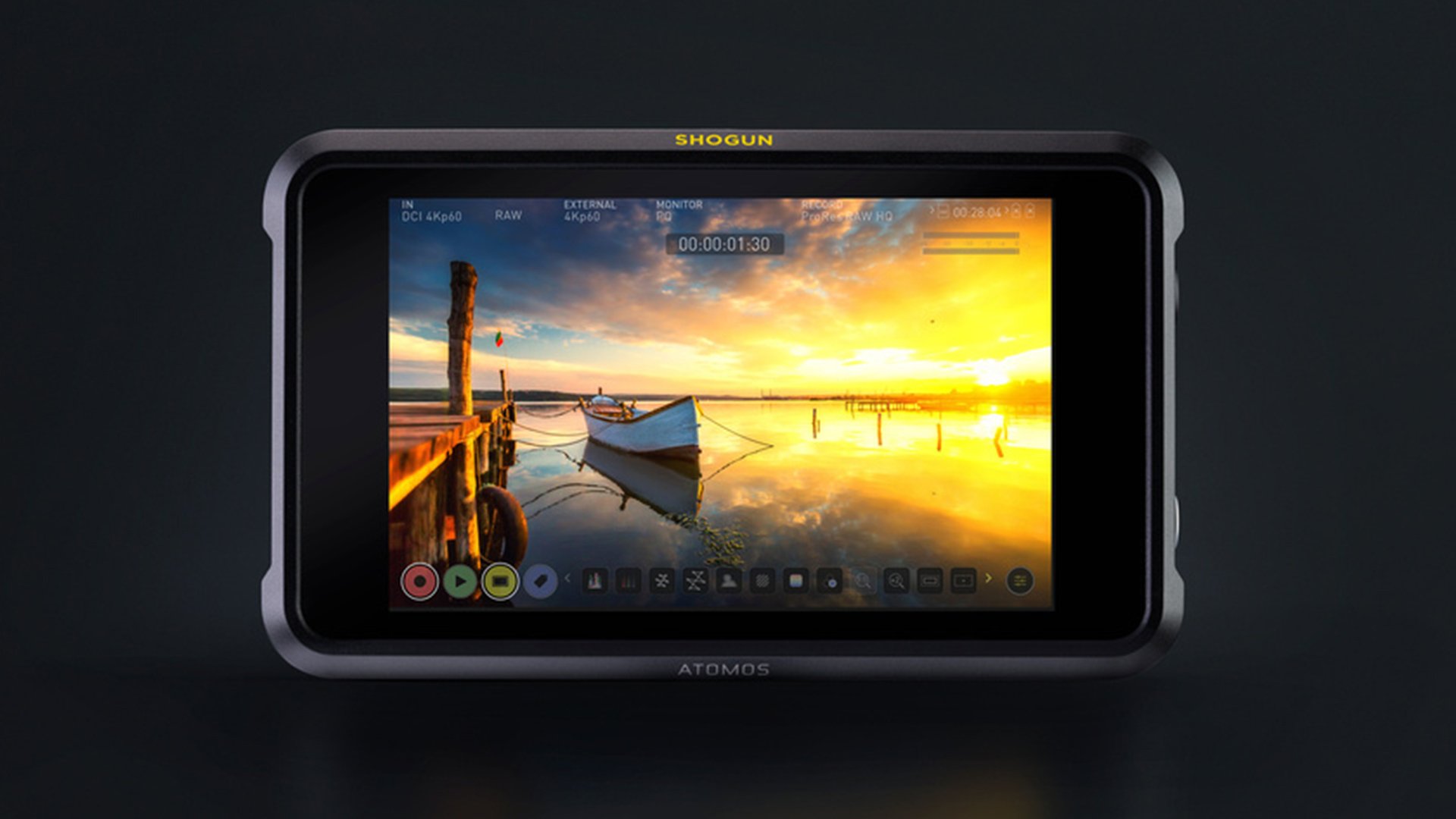 The new Shogun 7 is the company's first absolutely true HDR display/recorder, and that's not the only trick up its sleeve. This is another game changer.

Just a few years ago, Atomos embraced HDR at a crucial time. Their Shogun Inferno recorder/Monitor gave HDR-flavour performance at a time when there was very little else to view HDR material on. It gave them an edge, and, for most people, it was good enough.

But although it was a great help with viewing HDR footage as it was captured - it came with a useful set of HDR tools - it was only HDR by virtue of being extremely bright. This worked well enough; and for the price it was the best available. But now, in what really is a surprise move, Atomos has announced a completely new HDR screen, which is part of their brand new Shogun model, the Shogun 7. This screen offers true HDR. Here’s how.

With a conventional LCD screen, the backlight is always on. It does not “look” at the incoming video signal. It’s the job of the LCD layer in front of the backlight to block as much light as it can when there’s black on the screen. With HDR, which calls for a much brighter backlight, just when deeper blacks are called for, the brighter backlight tries even harder to get through the LCD part of the screen. It’s the opposite of what you need.

So it’s remarkable that Atomos’ HDR products to date perform as well as they do.

The new Shogun 7 improves on this by having an active backlight that can be brightened and dimmed in 360 different areas, to correspond to the brightness of the image. It’s not pixel-for-pixel, but the areas are small enough to make a huge difference. At last, it’s possible to get a true black on a small monitor. In fact Atomos is claiming that the new screen offers deeper blacks than rival OLED displays, and 105% of DCI-P3 colour covered. 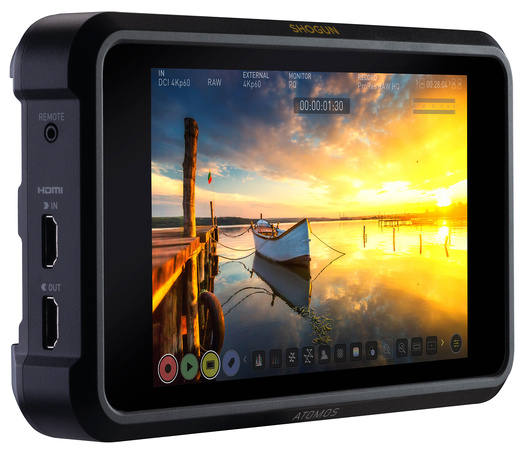 We’re just a few days away from seeing the pictures, but I’m told they look incredible. Apparently the combination of colours, depth and detail are a sight to behold, in a 7” device. There’s a sense of increased “dimensionality” with the new screen. Atomos is claiming it is capable of 1500 nits and a 1,000,000:1 contrast ratio, and around 15+ stops of dynamic range with a resolution of 1920x1200.

And because Atomos has developed the screen for itself, you can expect to see it in virtually all future products.

The new Shogun comes, of course, with a full set of HDR tools, developed as part of Atomos teaming up with Dolby to create Dolby Vision HDR "Live", which brings real-time automatic frame-by-frame analysis of the log or raw video, pricessing it for optimal viewing on a Dolby Vision display over HDMI. When connected to such a display the Shogun 7 communicates with the TV and applies the correct colour and brightness profiles to maximise the display's HDR potential.

And it’s a fully fledged 4K recorder, too. And - it’s a multi input switcher. It can take four inputs, asynchronously, and switch between them, recording a program feed at the same time. Atomos says you can "Switch up to four 1080p60 streams, record each plus the program output as a seperate ISO, then deliver ready-for-edit recordings with marked cut-points in XML metadata straight to your NLE." The company goes on to say that the Sumo19 will gain this same capability in a future firmware update. 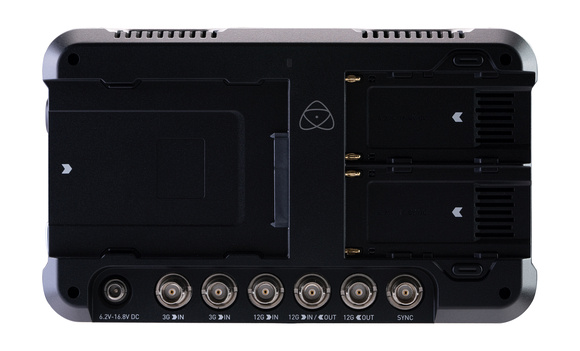 The Shogun 7 has to do a lot of work to provide the backlight LEDs with the information they need to dim in proportion to areas of the picture. But some of this is related to the sort of processing needed to implement codecs in software, so although there’s some overhead in processing, it’s not enough to affect performance significantly.

Since the dynamically variable backlight also varies in its power consumption, it’s hard to give a specific figure. But although brightly lit LEDs are relatively thirsty, the fact that much of the time they’re turned off or at least not operating at full strength, means that it’s reasonable to assume that the new screen might us less power.