Review: SmallHD Focus 7 - a seven-inch on camera monitor without the weight penalty 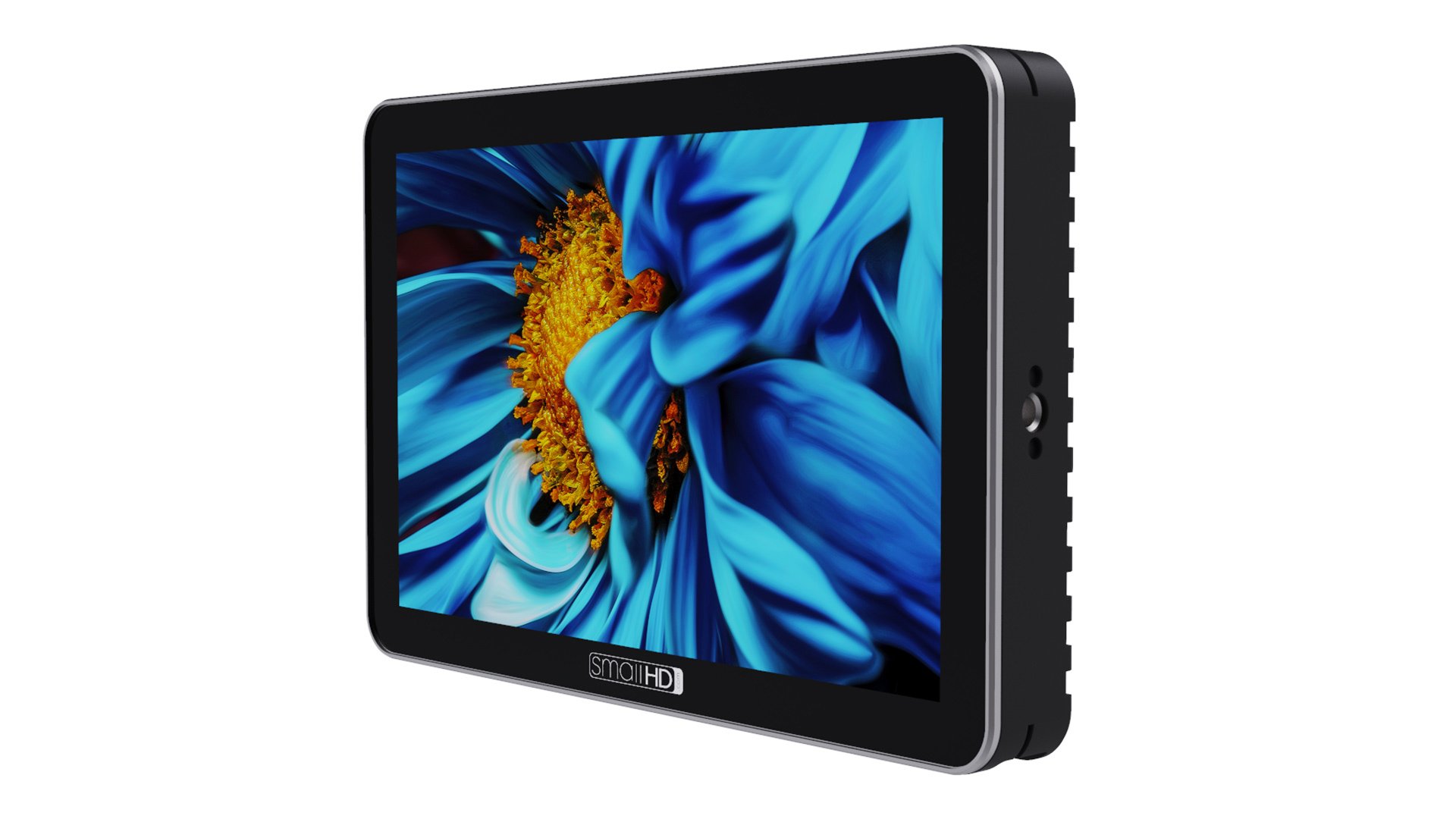 SmallHD recently launched its new Focus 7 monitor into the world, a very promising looking high brightness on-set display. Read on to find out our verdict.

There are a lot – really a lot - of seven-inch TFT-LCD monitors available. Many of them, even the most economical options, are surprisingly good, a natural consequence of all the work that’s gone into display panel technology intended for tablets. If we’re going to spend a few minutes looking at one, then, we’ll be looking for some particularly interesting or unusual features. 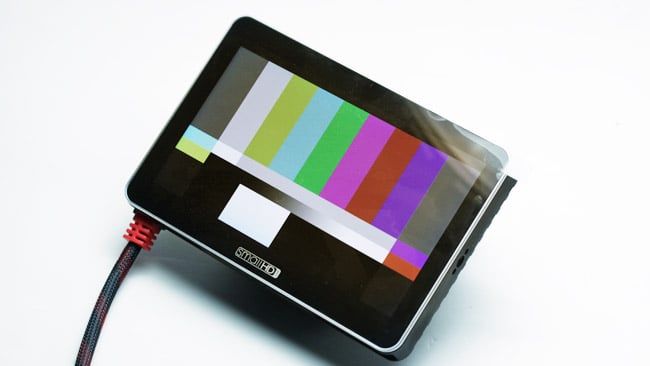 Our subject today is SmallHD’s new high-brightness Focus 7, which raises our expectations immediately. Back in 2017 we looked at the 17-inch 1703-P3 display which is a very good example of SmallHD’s solid build and very comprehensive software. Many of their products, including the 1703, boast a chunky metal chassis and seriously rugged construction. Sometimes, it’s easy to feel that extreme ruggedness is making the monitor into a bit of a lump, but also that it will be very hard to break. The other key feature of all of SmallHD’s output is their software. It’s clearly had a lot of time put into it and offers a huge degree of customisability and quick change options, with a user experience that’s vastly beyond the primitive menu structures used on most displays. 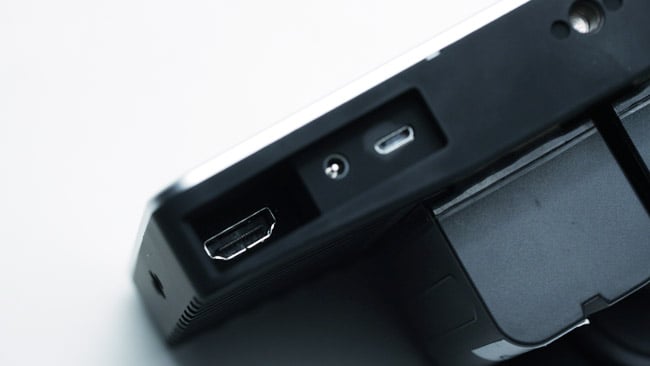 There is no SDI input. The HDMI is recessed to protect the typically rather flimsy connector from the rigours of on-set use

The Focus series are intended to be lightweight, on-camera monitors, and are promoted for gimbal work too. As such the overbuilt metal case style would be inappropriate, and the Focus 7 has a glass front and a rubberised back with two receivers for Sony NP-F style batteries. It’s a shade over 300 grams without battery, but it’s very reasonable as an on-camera display. It’s clearly intended to go on gimbals and DSLRs, as there’s a 7.2V power output connector (non-latching, unfortunately) which is designed to run a camera from the monitor’s power using a dummy battery. The Focus 7 is supplied with a mounting bracket and magic arm, plus some cables including a D-tap to dummy NP-F battery. No mains power supply is included.

There are 1/4” threaded receivers in all sides but the top, which is fine, because the Focus 7 can rotate the image to suit if that’s necessary, and in fact will do so automatically in the default configuration, just like a cellphone. It is an HDMI-only display supporting 4K and HD modes, with the input connector nicely recessed into the bottom edge. That’s also where the SD card and other connectors, including a headphone jack, are to be found. The power button is up top, but that’s the only external control; everything else is on the touchscreen. One small but useful benefit is that the monitor can be configured to power up when power becomes available, which is so often a missing feature. 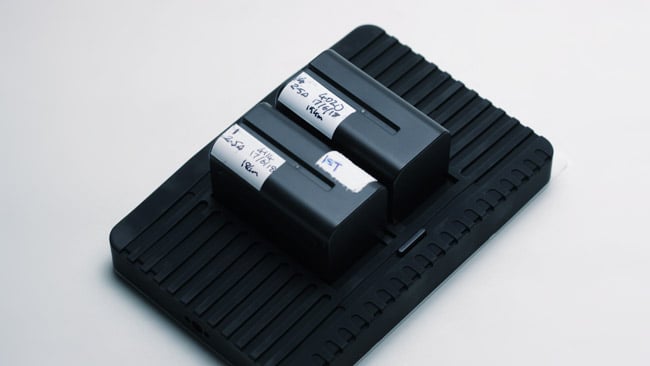 Power is via two mounts compatible with Sony NP-F batteries. They are hot-swappable and a D-tap adaptor is supplied

Touchscreens invariably end up creating a fingermarked display, but it’s probably the only reasonable way to control something with this many features. All of the usual test and measurement displays are there (consult the website for a full list – there’s not much point in my typing it out here.) The Focus 7 seems to operate a full version of the same software as on many of the company’s other products. The only things lacking are things like downstream LUT output that the monitor doesn’t have the hardware to implement. 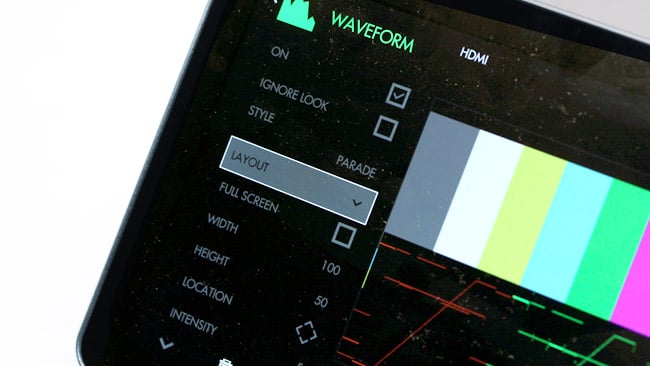 To mention a few highlights, both calibration and creative LUTs are supported, SmallHD’s page-based interface is fully available so it’s possible to set up pages for viewing different LUTs, pages for viewing focus or exposure displays, and then possible to flip between them as necessary. There’s even the ability to store and recall images to and from the SD card, with alternation or variable overlay opacity. Particularly, the waveform monitor is a very good one, operating at full frame rate and with fine detail. Waveforms are hard work to draw, from a computer point of view, and many displays are much less good than this, reducing frame rate or resolution to compensate. The vectorscope is a little clunkier, operating at only a couple of frames per second, but overall SmallHD’s software is extremely good.

Putting a calibration probe on the Focus 7 seems a bit redundant. It’s an on-camera framing and focus monitor, not a grading reference display, though it does include the option to stack a calibration LUT with a creative one. The thousand-nit brightness would put it massively out of specification for common formats in any case (though that can be reduced) and the black levels are visibly above where they’d need to be for an accurate display, an inevitable consequence of the hugely powerful backlight. It’s not intended to be an accurate Rec. 709 display, it’s intended to be a visible display in bright sunlight, and it is that.

Uniformity – that is, consistency of brightness and colour, or a lack of blotchiness – is reasonable, with a touch of backlight glow in the corners. To put this in context, the uniformity of many high-brightness displays can be pretty poor, with huge blotchiness all the way around the edges, and the Focus 7 is way better than average. Viewing angles are good from the sides and top, though there is noticeable backlight bleedthrough when viewed diagonally, which is not unusual with certain types of IPS TFT-LCD displays. Really high power displays of this type are an exercise in compromise, and that’s the compromise here. 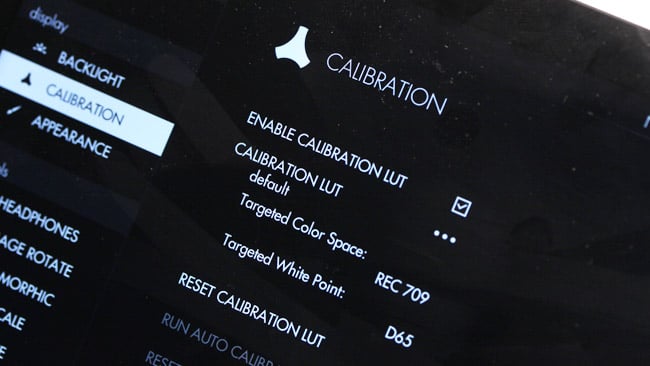 Calibration is an option, though with the backlight maxed out it's intended to be visible rather than accurate (though the colours look fine)

The Focus 7 is, in effect, a larger and overall somewhat improved version of the company’s five-inch display, moving from 5” to 7” with a higher resolution panel and a bit more backlight brightness. At $699, there will be people who point to much cheaper seven-inch HDMI displays from other places, but it’s not likely that cheaper options will be so complete. The waveform alone is better than similar features on more expensive products. Quite a lot of high-brightness displays are seen on cameras outdoors, in bright conditions, and that seems a natural place for the Focus 7.