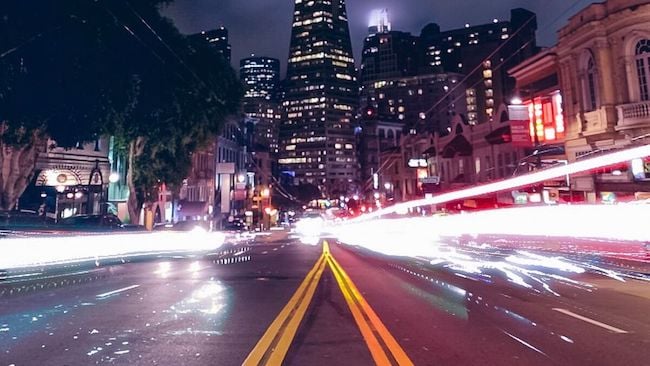 An example of light trails caught with the Spectre app

Halide is one of the most popular third-party iOS camera apps out there, and now the same development team has turned its attention to long exposure photography.

Long exposures have long been a weakness of a lot of smartphone photography. Some phones, mainly Android models, feature manual photo modes which allow it, but the iPhone notably and the Google Pixel don’t. You want exposure? You get what you’re given.

Spectre, from the same people that brought you Halide, though is a computational shutter that lets you do a bit more than just keep exposing the same scene in a strange sort of analogue to the manual world. Instead it takes a succession of pictures — “hundreds” say the developers — and uses AI to analyse the resulting frames and constantly refine them. That means nothing gets blown out, nothing gets too dark, and the AI even stabilises the picture.

Pictures are saved as up to 9-second long Live Photos exposures, which means they can get the usual sort of post shot treatment in Apple Photos. Scene detection is billed as automatic, so if you’re after the special effects that long exposure confers and are shooting a beach scene it will blend the shots to create smooth water. A lit up urban environment, meanwhile, sets it off to trigger light trails.

One of its other rather cool abilities is to take crowds out of scenes, though obviously to do this those people, cars, boats, or whatever else is clogging up the view are going to have to be moving within the nine-second window and exposing the scene behind them.

More tools are on the way, apparently, that are going to leverage the power of that computational shutter a bit more - including hopefully perhaps extending that exposure window -  and the app is currently available at an introductory launch price of $1.99. Which, given that not so very long ago some of this technology was the province of fairly high-end post production software, shows you just how far we’ve come and how fast we’re going.