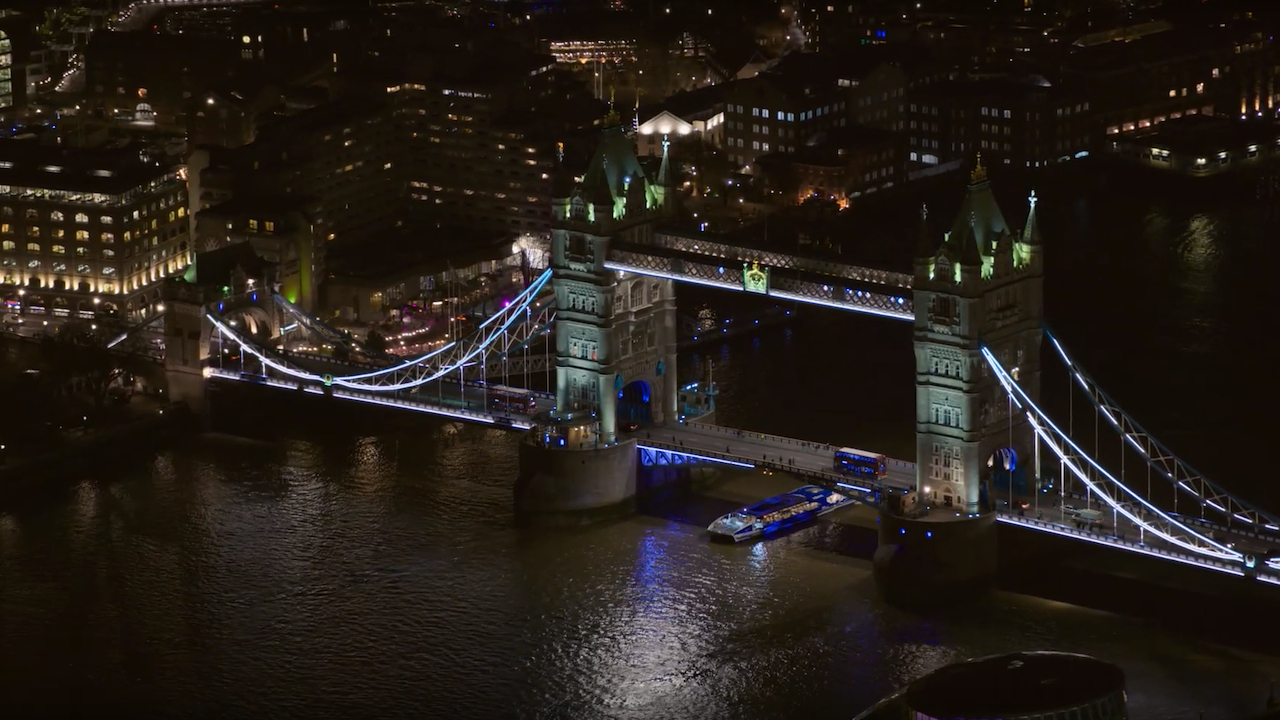 Great aerials: all you needs is the right weather, the right team, and the right camera...

A new promo film for the Sony VENICE shows off the camera’s fairly jaw-dropping low light capabilities to great effect on a winter's night over London.

You don’t have to mount a Sony VENICE in a helicopter and fly it on a still winter’s night over one of the world’s great capitals to truly understand its impressive low light capabilities. You don’t have to, but as this video from the Helicopter Film Services team of DP Jeremy Braben, aerial cameraman Jim Swanson, and pilot Giles Dumper shows, if you can you probably should. People will thank you.

‘Illuminating London’ was shot during rush hour on 17th January, in what Producer and Director James Bennet from Televisual Creative says were pretty much perfect conditions as rain the evening before had cleared the atmosphere of particulates and it was close to freezing.

“You can see some environmental noise on the longer shots comprising both traffic and light pollution…but that’s not to be confused with sensor noise!” he says.

It was shot Full Frame 3:2, 6048x4032 using Sony’s X-OCN ST codec (“An exceptionally impressive ‘compressed RAW' codec with generous record times,” says Bennett) and using a Zeiss Cinema Zoom 70-200. Normally he says that he would have wanted a lens with a broader zoom range. “However because we were working full frame, the 70 gives you closer to a 55mm focal length and the images speak for themselves…”

Post workflow saw a 2K Avid proxy file generated for editor Simon Smyth to work on remotely. The Avid bin and EDL was then picked up and conformed in Baselight at Warner Bros De Lane Lea, transcoded to 16bit OpenEXR Aces Negatives, and then graded in Baselight by Asa Shoul (Baby Driver, Ex-Machina, The Crown).

“In the grade we tweaked various channels, legislating against tungsten lighting more than anything else and subtly reducing the red channel to reduce the glare of the lights on the cranes, but it wasn't a long grade,” says Bennett. “Perhaps most importantly we didn't apply any noise reduction... and that's one of the reasons why the image resolution is so good.”

Have a look below. And below that are two other bonus videos shot by the same company on VENICE: music video You Own the Truth and a BTS for the same. Shot by Balazs Bolygo, BSC, they highlight the versatility of the new VENICE Extension Unit and are also the first time 2.4:1, which features in Sony's next Firmware 3.0 upgrade, has been used.

With kind thanks to televisual.com