Is it high time to look beyond feature films as a career aim? (opinion) 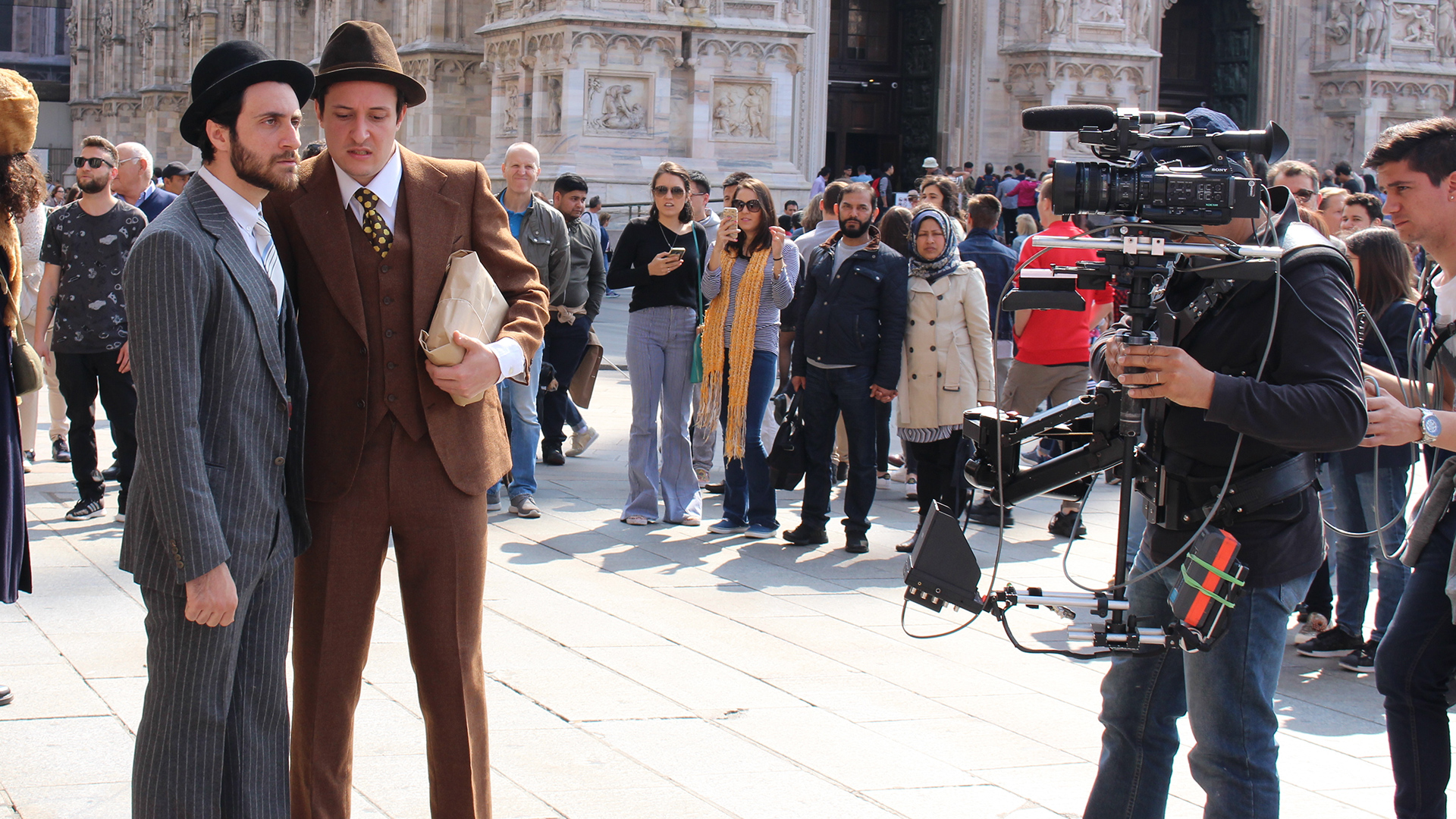 Replay: If you are studying film and video production at college or university, it is incredibly easy to fall into the trap of thinking that feature films and television drama are the must-do productions to aim for. But as Phil Rhodes points out, there's a whole world of different, better paid, and sanity saving video industries to be a part of instead.

As everyone knows, it's hard to get work in the film and TV industry. Even in the world of large-scale high-quality production by Netflix and Amazon, the number of genuinely busy camera assistants, directors of photography and DITs required in any national market numbers at best in the hundreds; most countries, outside the mass markets of the USA, India and China, will need even fewer. These are factors that will weigh heavily on the mind of anyone who's looking for that sort of work, particularly young new entrants, but there's something really important to realise about this: single-camera drama (or single-camera music videos, or single-camera commercials) is a tiny part of what we might call the audio-visual industry.

It would be easy to think otherwise. Single camera production work is, comparatively, massively promoted, but practically nobody watches behind-the-scenes documentaries about the making of the nightly news bulletin. Rarely is a lone documentarian followed around by another lone documentarian, documenting the documentary process, and very little notice is taken of corporate video, though it can be both creative and lucrative. Every so often, a film like A Private War (about the famed war reporter Marie Colvin) will emerge, and yes, there is some notice taken of the daring exploits of people willing to jump into a warzone with a camera. Only a few people are willing to take the same sort of risks as the military (in fact, often greater risks) in pursuit of a story, so it doesn't attract everyone.

The point is that there are a lot of other things to get involved with, and a lot of those things are easier to get into, more creative, pay better, and involve far less disruption to quality of life. Let's concentrate on just one aspect of that, for a moment. A lot of people want to get into film and TV work because film and TV work looks like fun, based on watching films and TV. Even if we include the behind-the-scenes material, what we're generally looking at there is a concentrated dose of absolutely the most amusing parts of the filmmaking process. As anyone who's done it will tell you, being in the same room as a huge set containing someone famous is eye-opening at first, but palls after the fourteenth hour of the sixth day, and yes, those are hours that are worked on big shows in some parts of the world. Yes, there's overtime. No, that doesn't make it OK.

Conversely, of course, someone has to shoot those behind-the-scenes moments, and there's much to be said for any job which requires us to be present only when something really interesting is happening. BTS crews don't, generally, spend eighty-four hours a week hanging around while a crew shoots dialogue scenes. They turn up for the stunts and explosions, and, when it gets boring, they go home, often hours before the rest of the crew. Much the same can be said for news, give or take those concerns about possibly getting killed for the most – ahem – exciting material. What's more, the creative input can be better.

What, you exclaim – creative input on news and documentary? Well, at least you get to choose where to put the camera and what to include in frame, which isn't something most people will do on a big feature film until they've been in the game twenty years – or at all. It's easy to find people who start off in the traditional way, as a camera trainee, work up to being a focus puller, and then realise, in one's early thirties, that the demands of incipient middle age, children, mortgages, pensions, and the desire to reacquaint one's life partner with one's own appearance at least monthly make it a tough career. Such people might burn the best years of their lives on the job, and never make a creative decision beyond timing a focus pull.

That's not to take anything away from the job; there are very senior career camera assistants who make executive-level decisions and enjoy executive-level compensation. Film is a collaborative artform and people will usually feel part of the team. There still aren't that many jobs like that, though, and that sort of work is frankly somewhat isolated from what many people were interested in when they first realised that film and TV work looked like a good time.

So what are people after? Well, people in all walks of life often claim that they “wouldn't have dreamed” of something happening. To make a wild, unsupported assertion, it seems reasonable to assume that a lot of new entrants effectively want someone else to pay them to realise their cinematic dreams. Perhaps that's an unfair characterisation – most people probably know that's rare and hard to get, but perhaps not quite how rare. We might say, hang on, "Mortal Engines" is Christian Rivers' first feature credit as director; we might also point out that Colin Trevorrow had directed a few things, including shorts and TV movies, before Jurassic World, but was in no sense a veteran theatrical feature director.

The thing is, given Hollywood politics, it's no great leap to assume that neither of them would have had very much executive authority. This is not the fantasy of being plucked from (comparative) obscurity and given money to take total control over a large production. So who actually gets the sort of control, and the sort of budgets people often dream about? The people we can refer to with one name. Spielberg. Scorsese. Hitchcock. Kubrick. Tarantino. Welles. We could continue (IMDb does), but it's not a long list, and half the top six are dead. Anyone relying on those odds for a career either directing or shooting is playing a very long game indeed. Being positive and shooting for the moon is great, but practicality will intervene whether we plan for it or not.

So let's not get too hung up on shooting huge feature films. The ideas many people have about it barely exist in reality, and the work that is available can be hard to get, hard to do, and almost completely uncreative; people who get there regularly burn out. Get a job shooting BTS, or news, or corporates. It's easier, often better-paid, more available, more fun, and people will still think you're cool at parties.