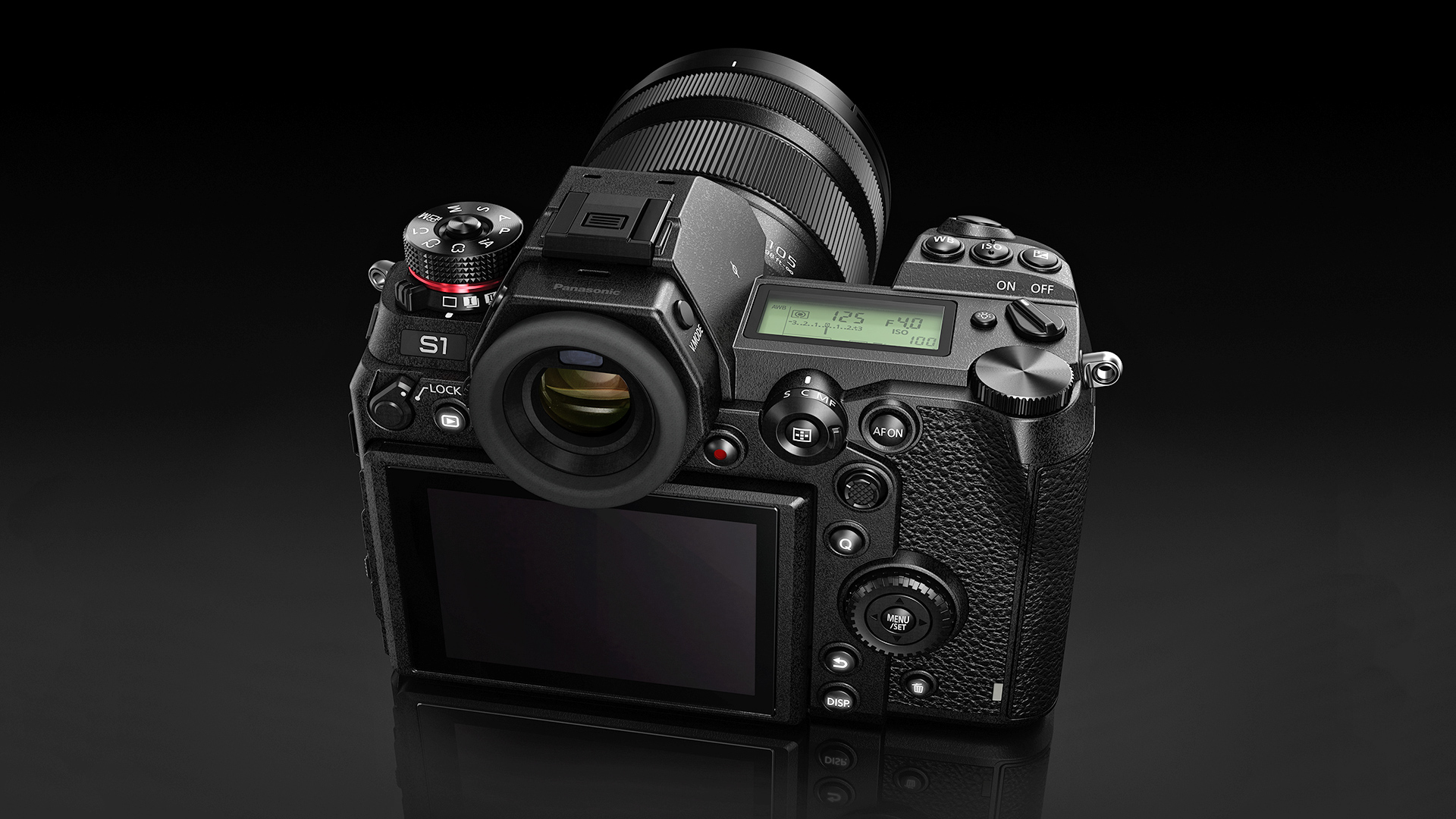 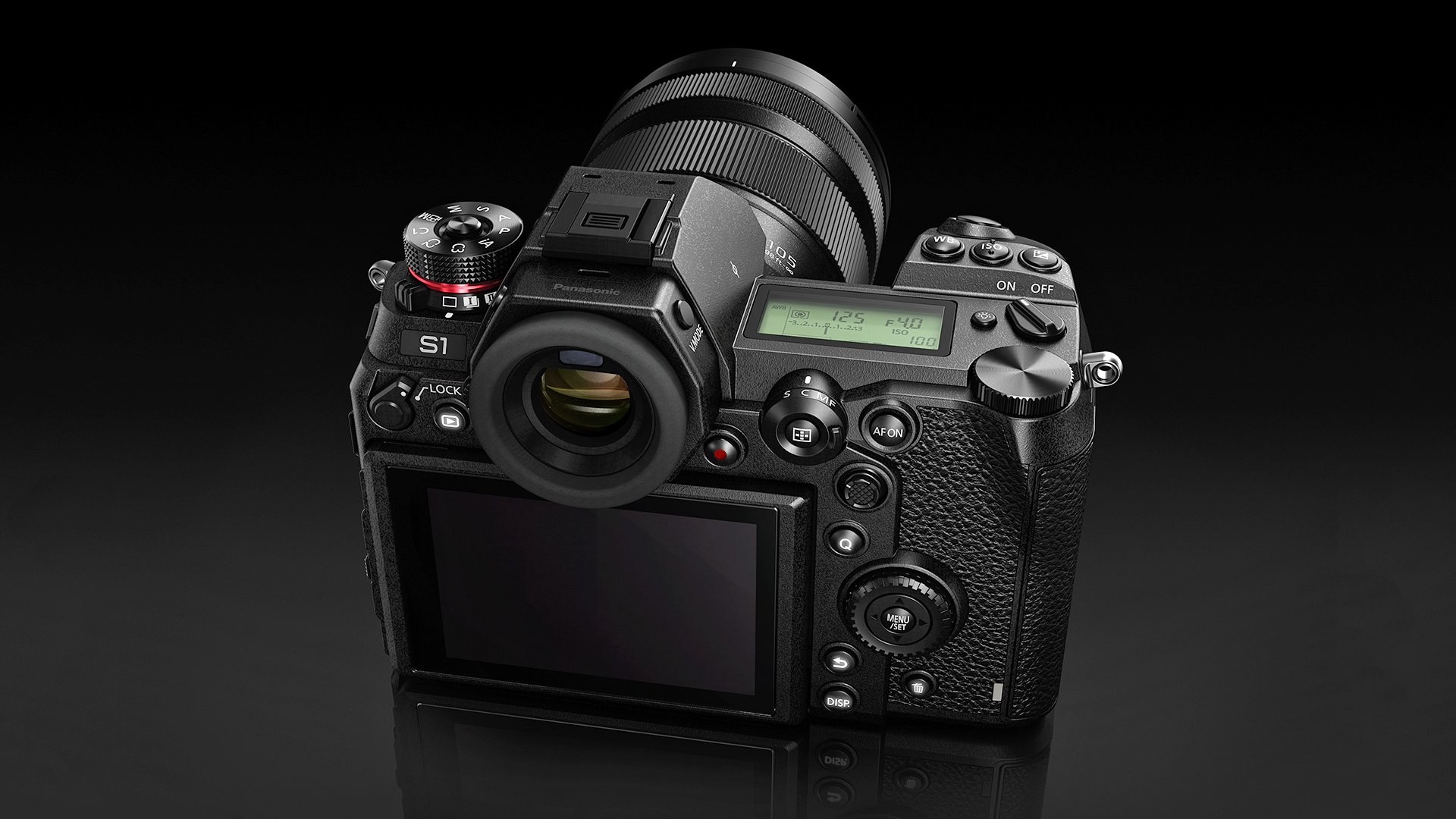 One of the biggest trends in video is how still photographers (and even non-photographers) are becoming video makers though DSLRs or Mirrorless cameras. Here's our Silicon Technology correspondent Leo Waldock's journey towards cinema quality video.

This Panasonic GH5 owner would love to buy the new Lumix S1, but will likely resist the temptation.

No doubt you are aware that Panasonic recently announced the Lumix S1 and S1R cameras, although you may not be aware just how much they have rocked my working world.

Panasonic’s move to Full Frame Mirrorless is a huge step and there are loads of features that bring joy to the hearts of Panasonic GH5 owners, such as myself. 4K 60fps video is the starting point and the support for dual slots for SD card and XQD/CFexpress cards is superb news. That’s DUAL card slots, and yes, I’m looking at you Canon EOS 5R.

I have been reviewing IT products for about 20 years and am familiar with arguments such as ‘Nvidia versus AMD’, ‘Mac versus PC’ and ‘Intel versus AMD’ but honestly you camera fiends are in a different league. You can find dividing lines absolutely everywhere and arguments over card slots, audio inputs, LCD vs. Optical or Electronic View Finder continue to amuse and delight me.

The reason you seem so argumentative – perhaps passionate is a more diplomatic word – is that certain features are critically important for different users. Some people have no idea their camera lacks a microphone jack while others consider a £500 Canon Speedlite to be a wise and cautious investment.

My camera history reflects my working life, rather than a burning interest in photography as a hobby, as a brief history will demonstrate. In the dim and distant past I owned a 5.1 Megapixel Sony DSC-H1 and then in 2013 I had to start taking more serious photos for my work and as an upgrade I bought a 6MP Sony DSC-H2 and realised in a matter of moments that I needed a more significant upgrade in terms of image quality. I progressed to a 16MP Panasonic DMC-G3 which introduced me to the Micro Four Thirds format and then a better 16MP Panasonic DMC-G6 that reinforced the point that Megapixels are just a number.

Once I had discovered the Panasonic G6 can produce very fine 1080p videos my reviews started to appear in video form as well as words and photos, which meant I had to figure out the audio side of things along with a few hundred other important points.

In 2016 I stepped up to the Panasonic GH4, started working in 4K and spent money on the classic Panasonic 12-35mm and 35-100mm f/2.8 lenses. This was a significant time as each lens cost around £800 while the GH4 body cost £750 (street prices rather than SRP). You won’t be surprised to hear that I thought that was a considerable sum of money, however these cameras were tools of the trade so I bought a second GH4 body as a back-up. As a side issue I also had to rebuild my PC in order that it could drive dual 4K monitors with DisplayPort connections as replacements for my pair of 1080p displays.

It was crystal clear, even to me, that Panasonic Micro Four Thirds had its limitations but working under 5500K LED lights with the camera on a tripod reduced the problems to a minimum. On the other hand when I went to trade shows such as Computex in Taipei and had to deal with low light and products under perspex display cases I could see why people raved about Canon 5D and 50mm Prime glass.

In 2017 I bought the new Panasonic GH5, primarily so I could shoot videos at 4K 60fps rather than 4K 30fps, and was chuffed to realise I could add the DWM-XLR1 microphone adapter. This adapter is powered by the camera’s internal battery which meant I waved goodbye to my JuicedLink Riggy Assist amplifier, ditched a 9V battery and lost the cabled connection. This sort of detail really helps the workflow.

The GH5 body cost me about £1,700 however that was pretty much covered by the sale of the two GH4 bodies. While GH5 is a fabulous camera it still has issues with low light so Panasonic’s announcement of a Full Frame Mirrorless was like catnip. ‘All’ I wanted from the S1 or S1R was a larger sensor, larger aperture, a minimal increase in the size of the body and a reasonable price.

You can see my hopes and expectations were unreasonable, but by now I trust you can see my direction of travel has set me up for this inevitable fall. Over the course of six years I have moved from £50 compact cameras to £350 kits to £700 bodies with £800 lenses and now I have a GH5 that can do 4K 60fps video with XLR inputs.

Come at it from the other direction and you could spend the same money renting an ARRI Alexa for a long weekend.

When details started to leak about Panasonic S1 and S1R there were heated arguments on Facebook about the fact the LCD lacks the articulation you get on GH5 and thus cannot be flipped to face forwards. This is an annoyance for me as I spend a good deal of my time in front of the camera and do not want to be forced to rig a display with an HDMI connection. Anyone in the wedding video business or who has a small crew could hardly care less about this non-issue. Those dividing lines really make a difference.

The S1R with its 47.3MP CMOS sensor and maximum ISO 25,600 is aimed at photographers while the S1 with 24.2MP sensor and maximum ISO 51,200 is the camera I am supposed to buy. Yes, it supports 4K at 50/60p (and Full HD up to 180fps) however there is a question mark over recording time limits as one or both models is limited to 29 minutes 59 seconds at 4k 60fps. This is nothing to do with taxes on professional cameras but instead, we understand, is a question of heat and cooling. If the S1 is limited to half an hour recording that is a problem for me.

Panasonic is talking about a firmware update that will enable 4k 60fps 4:2:2 10-bit external recording via HDMI and 4k 30fps 4:2:2 10-bit internally. I know a great many people care deeply about this feature however that is not my personal sport, in the same way that I considered using an Atomos and decided to pass.

Some of the features supported by the new Venus engine sound fascinating such as Hybrid Log Gamma (it sounds like HDR photos and video straight from the camera) and High Resolution Mode (which stitches four still images together for images with quadruple the pixels/double the resolution). The demos of the new image stabilisation look awesome and we are told they are worth five and a half stops (combined in-body and in-lens). I could easily believe someone had added a gimbal for the IS-on demo.

The new S1 and S1R bodies use Leica L-mount lenses so I would be obliged to start over with lenses as Micro Four Thirds has no part to play in this new game. This is where things get painful as the starting point is the £1,000 Panasonic Lumix S Pro 24-105mm f/4 Macro lens which is also available with either body in a kit where it is effectively discounted to £700.

Photographers who yearn for fast glass will look at the Panasonic Lumix S Pro 50mm f/1.4 lens and will then see the £1,800 price tag. That seems steep in a world where the Canon EF 50mm f/1.2 costs £1,250 however we are talking details rather than fundamental stumbling blocks.

Similarly the £1,300 Panasonic Lumix S Pro 70-200mm f/4 lens is either eye-wateringly expensive or the sort of thing you buy yourself as a gift before you go on holiday.

Panasonic has also mapped out the following lenses for 2019:

This takes Panasonic into completely different territory from its existing Micro Four Thirds models and no doubt this is a deliberate and calculated decision. Who the heck will buy a Panasonic G7 equivalent in 2021 when they have an iOS or Android phone in their pocket that can do the same work for free. In 2022 or 2023 we can expect phones to eat the Panasonic GH market so this move up the food chain makes perfect sense.

You may be appalled by my camera history, and with good reason, but these past few years have taught me that my heart wants a Panasonic S1 quite badly however my head is guiding me towards the Panasonic AG-CX350 camcorder that looks like an absolute bargain.

It really is amazing how a few hundred hours spent making videos changes your perspective!