RED's new RANGER all-in-one camera: we have the details 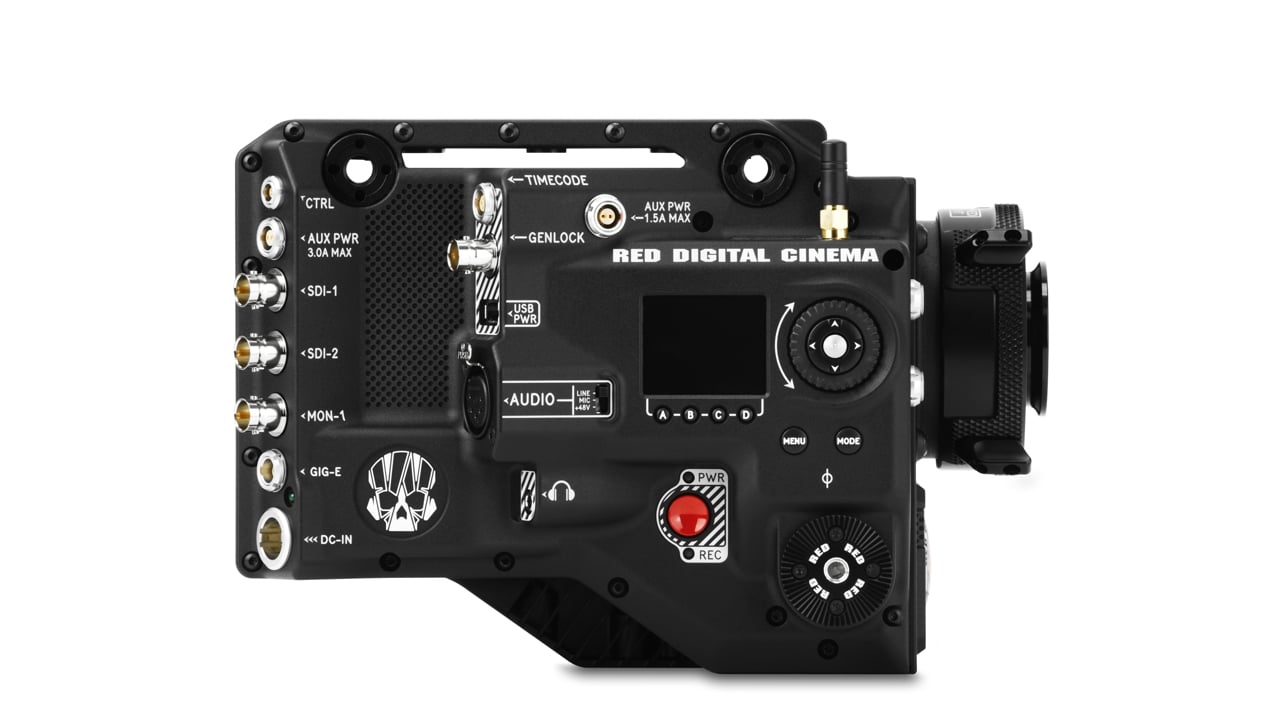 RED cameras are famously modular. For the last ten or more years, upgrades to sensors and camera bodies themselves have been pretty regular, and they've been dramatic, too. The first RED camera, the RED ONE, had a resolution of 4K, and that seemed incredible at the time for a "video" device. And it was, in 2007.

More recently, RED’s DSMC ecosystem expanded with the DSMC2 to easily allow third party add ons, and more flexibility for camera owners and operators who wanted to configure their own systems.

Fast forward to today, and 8K is a reality - not just as a science experiment, but completely manageable and stable workflow. RED has taken the lead in bringing 8K to filmmakers, with its HELIUM and MONSTRO sensors, and its imaging pipeline, with its wavelet compression based REDCODE RAW codec.

Today, as 8K is about to become, if not mainstream, then at least an established and somewhat aspirational format at the upper end of the resolution scale, RED's camera range is growing to adapt to the nuances of the marketplace in these elevated strata of filmmaking.

It's in one piece

The new RED RANGER camera system eschews the modular approach of the DSMC2 system, while retaining the essential functionality. It addresses the reality that if you're in the market for a high end rental camera, you most likely want to be able to pick it up fully configured.

There's a simple and elegant logic to this. It reflects the nature of the service that rental companies provide to their customers. It's all part of the value-add.

It's odd and somewhat exciting to see RED technology packaged in a more conventional form factor. It's a good-looking camera, and it certainly seems "right". There's some good industrial design here.

Internally, the camera has an 8K full frame MONSTRO sensor and essentially the same electronics as the DSMC2-based MONSTRO system. But there are some important changes.

First, the camera can take large power sources and comes in versions for V-Lock and Gold Mount batteries. Heat management is an intrinsic part of cameras at this level, and the RANGER has a much larger, single fan, rotating slower for lower noise levels on set. The RANGER can operate from a wide voltage range: 11.5V to 32V and there are 2 x 24V and 2 x 12V power outputs.

Second, the I/O is fully integrated and is quite comprehensive, with three SDI outputs, one of which can independently output different looks from the other two feeds.

In addition to 8K REDCODE RAW at up to 60 fps Full Format, RANGER also captures to Apple ProRes or AVID DNxHR with a data rate of up to 300 MB/s. The new camera does, of course, include RED’s modern, HDR-capable colour management system, IPP2. 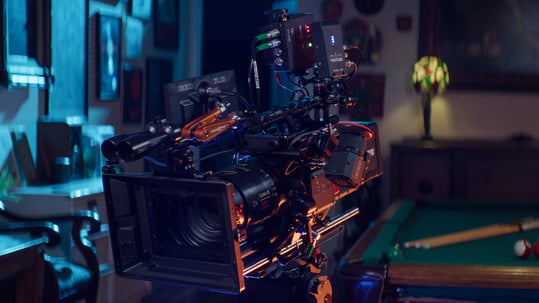 "It's what the Rental Houses asked for"

“There have been a lot of changes over the years in the rental business, and we hope this offers our Authorized Rental Houses something unique. We’re in this to make the best products possible and to enable all our customers to succeed in their own way. RANGER is what the Rental Houses asked for - I’m excited to see the results.”

We think this is a very smart move. Modular systems have their advantages, but at this somewhat exclusive end of the market - and especially from rental suppliers - it makes sense to have a unitary camera design.

From a purely visual point of view, it’s an impressive, good-looking camera with sensible engineering decisions. And it’s hard not to speculate that this might be the start - sooner or later - of a dynasty of RED cameras that are all in one piece. The rental market is a great place to test this.

Delivery is tentatively targeted at Spring 2019.

Go to www.red.com for details