I’ve long been a fan of a Edelkrone after having used the Wing, it is a company that seems to innovate consistently and provide well built kit with an amazing after sales warranty, insurance and service. Whilst not at the budget end of the market I’m a believer in you do get what you pay for and that is certainly the case with this company.

I have owned the previous iteration of this device, called the MotionBox, for several months, however I noticed a problem with initiating moves and as a result I got in touch with Edelkrone to find out if this was a known issue. I was pleasantly surprised to find that it was in fact running a trade in program for newer updated versions where it sends you the new equipment, and then you return the old kit. A refreshing approach. This offer applies to several of its products, the details of which can be found on its websites https://edelkrone.eu/and https://edelkrone.com/

Physically this one has some significant changes compared to the previous unit. It’s a little bigger for starters – this may be partially due the fact that the internal battery has been replaced by an external plate for a Canon LP- E6, and that the internals have been upgraded. It has a completely RF transparent top and it has an additional port on the side next to the shutter port for LANC control, something I haven’t seen on a new device for quite a while. It takes me back to my days working with DV cameras.

It also has a retractable 3/8” mounting screw on the top, which means you cannot directly mount most cameras to it. Instead you have to use a small head or a Edelkrone’s FlexTilt Head 2, which is the preferred way as it can avoid issues with the camera falling forwards when mounted. The screw can be deployed either with a coin or a finger quite easily and retracted just as easily. It never truly locks securely into place in the up position though so mounting hardware to it needs a little bit of care. 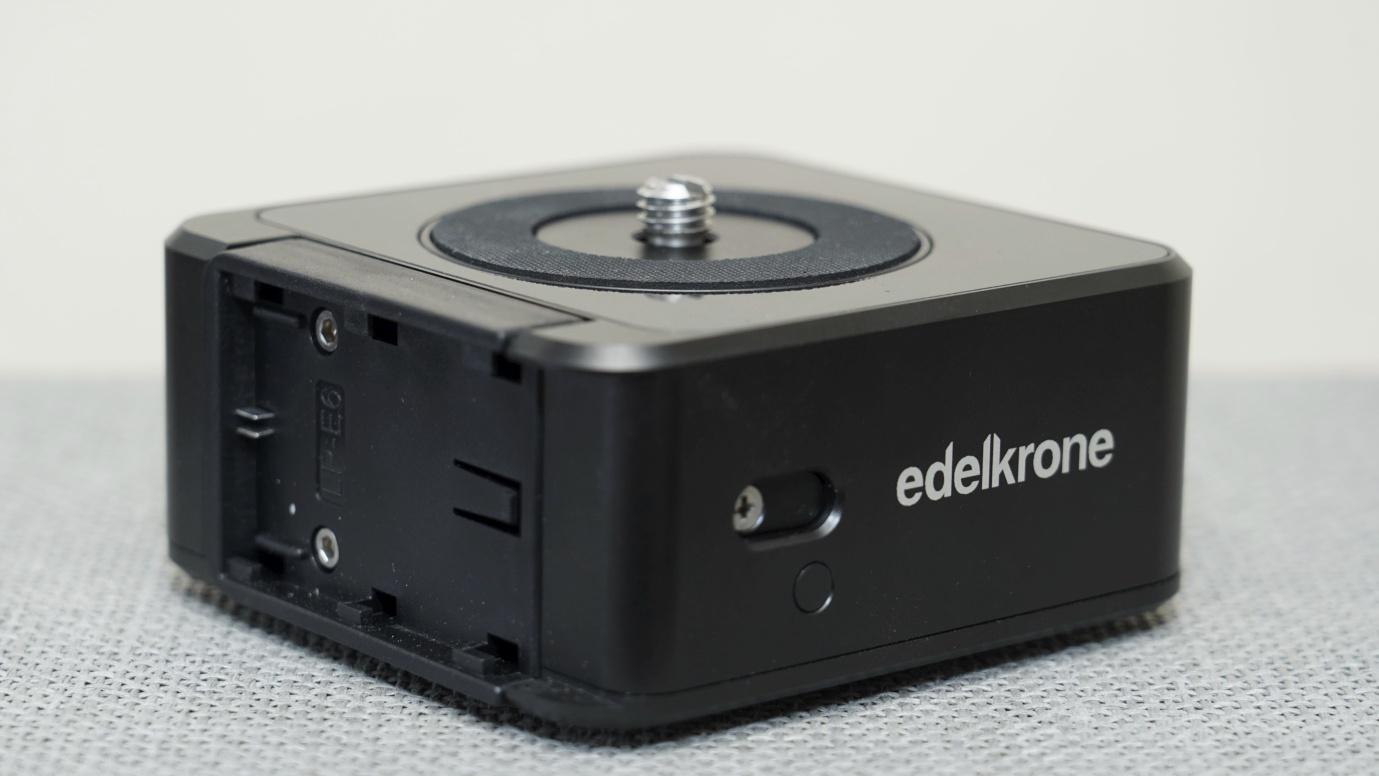 I was pleased to see that the hardware was not the only thing to be upgraded.

The new Edelkrone app is significantly easier to use than the last one. For a start there is only one app rather than one for the slider part and one for the HeadOne. It started up and immediately began looking for powered on devices. If you have one of the new generation of Edelkrone’s kit it will automatically pair with them all. It can also automatically recognise the orientation of connected Edelkrone equipment, and this means if you have two of the HeadOnes in a pan/tilt orientation it can automatically set up the app in the most appropriate configuration, a welcome improvement. Unlike the previous versions (the SliderOne Pro and Motion Box) you can actually use two HeadOnes and SliderOne/Pro V2 as well for a 3 axis solution, as well as some of their other products.

Pairing could not have been easier and after a couple of successive firmware updates requested by the HeadOne an SliderOne V2 everything was set up. I was immediately able to control the pan and tilt via an on-screen joystick and set not just two positions to move between, but 3, and if you fill these up three more positions are made available. These positions can have reference photos saved to their respective locations on screen using your phone camera. You can of course set differing speeds and ramp up and down curves. You also get a shortcut to maximum speed by double tapping one of the ‘Pose’ buttons. You can set a loop move by pressing 2 of the Pose buttons at the same time.

There is a new option called ‘Power Mode’ which increases the available torque considerably. The app also lets you set custom step sizes when using the unit for time lapse and stop motion. In fact I’m only scratching the surface of the functions available in the app. There is also a very handy setting that lets you easily report bugs and ideas for improvements back to the team at Edelkrone, and in my experience they usually respond within a few hours. In fact let me take a second to fully credit the team there, I have never experienced such excellent customer support. The app isn’t perfect yet but it’s very early days and there have been a number of updates to it as well as to the MotionBox firmware. 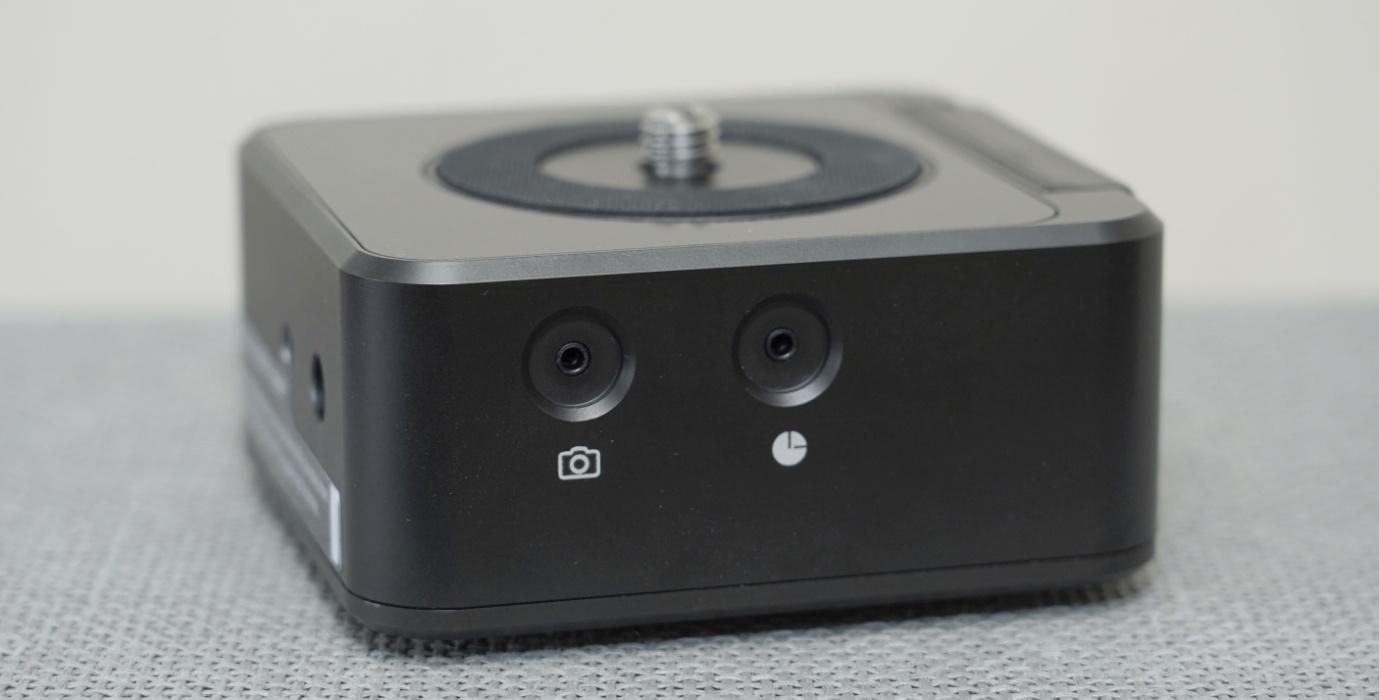 The improvements are all very well on paper, but how does this translate to real world performance? In the past with the MotionBox I had various setups where the box would fail to initiate a move, usually due to weight distribution issues. This time round that has been solved, although it can’t perform miracles. With this unit and when using it in tilt mode with the new tilt kit there is no balance procedure. It appears that the new gears and motors can deal with different weight distributions.

The specs state that the maximum load when using it horizontally is 6.8kg. There is yet no figure for vertical load although the tilt kit is rated for 3.1kg. It dealt with my Sony A7III and 24-105 with no issues but I’m not really stressing it yet. Also this new HeadOne is much, much quieter, not quite silent,  but so much better than the MotionBox, especially if you don’t need to use ‘Power Mode’. In particular I have found it ideal for macro work as the minimum set size is 0.00061 degrees.

So in conclusion, everything about this is an improvement over the older MotionBox, if you have one get in touch with Edelkrone and trade it in, there’s no reason not to. If you’re looking for a remote head, then consider this if it fits your needs. It’s an amazing little box and together with other items from Edelkrone is part of an amazing motion control ecosystem.

Chris has been working in the broadcast industry for over 30 years, a lot of it as an editor, camera operator, sound recordist and troubleshooter.  He has an unrequited love of technology and a loathing of tomatoes.

More in this category: « Filming technology has changed hugely, what are the things that haven't changed? The Wormhole: An impressive display of pure timelapse creativity »
back to top
Browse RedShark's YouTube videos