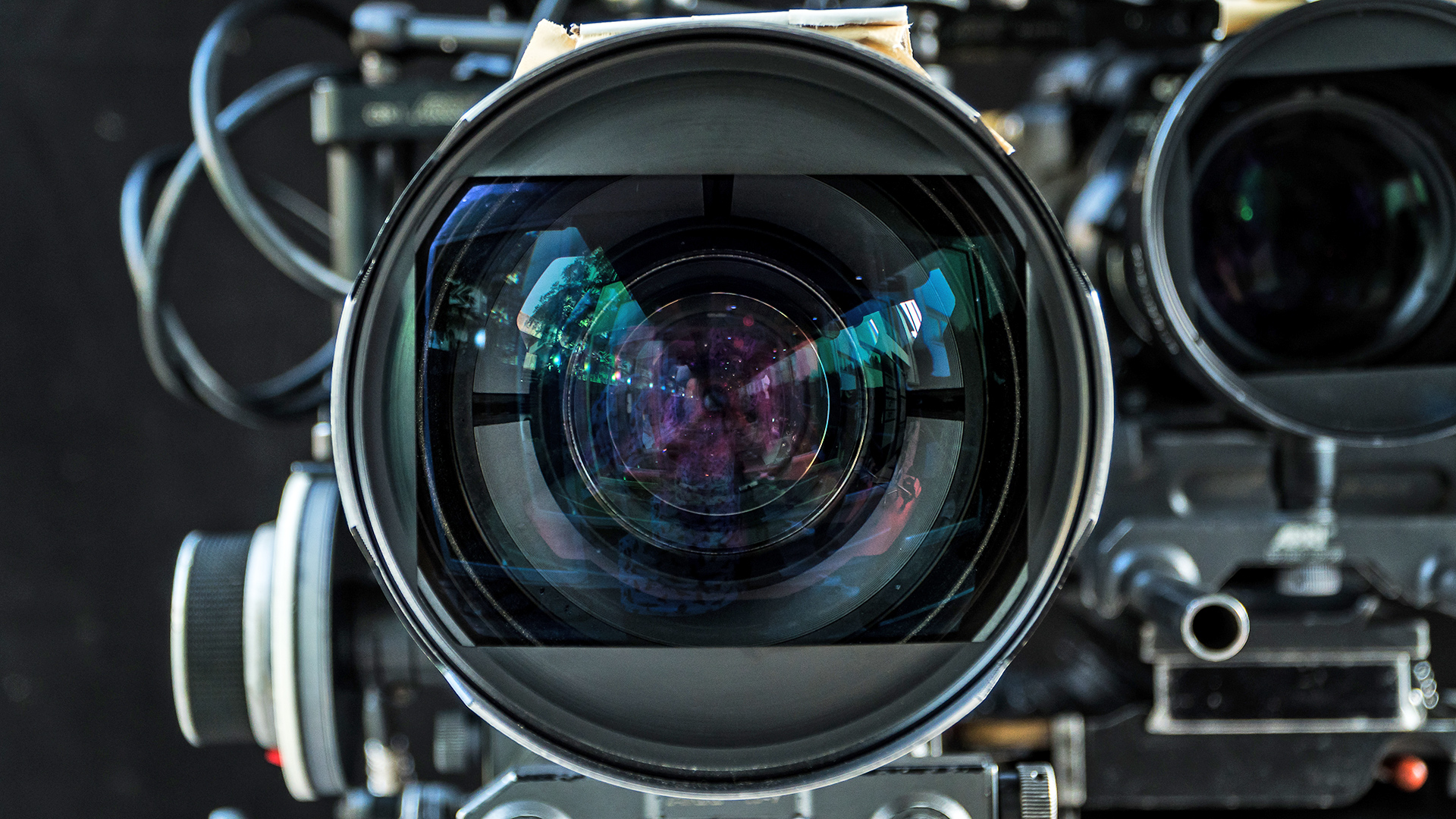 Well, the truth is, we never used to. I started my shooting career on 16mm film followed closely by 2/3” video. A 10mm lens on a 16mm camera was always just a 10mm lens, a  9-117mm zoom on a video camera was just that – no one wanted to convert those numbers into anything else.

This all changed when stills cameras started being used for video. There is no real reason why 35mm stills lens are the defining format for describing lenses other than the fact the vast majority of mass market stills cameras with interchangeable lenses were 35mm film cameras, and that was what buyers were familiar with. So a 28mm was always a ‘wide angle’, a 50mm a ‘standard’ lens, an 85mm a ‘portrait’ lens and so on. When digital technology took over and a variety of different sensor sizes became available, those focal length numbers could no longer be relied upon. A 28mm could be a ‘standard’ lens or even a ‘telephoto’ on a pocket camera, so the public got confused.

But here’s the crucial thing: that 28mm is still a 28mm lens – the focal length hasn’t changed. The angle of view has changed, yes, but that is simply because the smaller sensor is only recording a smaller part of the image, hence the effective angle of the lens is narrower (I say effective angle, as, optically, nothing has changed in the lens – we are just using less of the image it is projecting on to the film plane).

Does it matter? Well it does in a way, because focal length is focal length - it is not ‘equivalent’ to any other focal length except in terms of angle of view. Depth of field is dependent on aperture and focal length, not lens angle or sensor size, so lets try to keep things simple (OK, I know it does get more complicated than that once we start defining what is sharp and what is not but I want to avoid ‘circles of confusion’ in more ways than one).

In the movie world, the use of ‘35mm equivalent’ focal lengths makes even less sense. The 35mm stills frame (36mm wide) is much larger than the traditional 35mm movie frame (22mm – close to APS-C) and, until very recently, substantially larger than every video camera. The term ‘full frame’ only has meaning in the stills world – there is nothing full or standard or normal about it in terms of motion pictures. There is a lot to be said for the traditional TV studio practice of talking about lenses in terms of their angle of view, so we can plot out our camera positions in terms of basic geometry.

Since we are talking about lenses and standards, what exactly is a ‘standard lens’ ? A couple of years ago I asked this question in a piece for RedShark and it upset a few people, partly because of some sloppy writing on my part but partly because people have some preconceptions they are loathed to leave behind. If you look it up in a guide to photography a ‘standard lens’ is described as giving (i) ‘ a field of view similar to that of a naked eye… it roughly matches what the eye can see’ or (ii) ‘giving pretty much the same perspective as viewing a scene with the human eye’.

Both definitions are clearly wrong: with both eyes we can see around 200º, whereas as a standard lens covers something like 40º. The second definition is even worse: perspective (simply, the relative size of objects in foreground and background) is purely dependent on camera to subject distance, it has nothing to do with focal length or angle of view (adjust your zoom however much you like, if you stay in the same place, the perspective will remain the same).

Other people insisted that when they hold a camera with a ‘standard’ lens up to their eye, the world looks more or less the same in terms of magnification as it does when they are looking at the world directly. Well, yes it does, because modern viewfinders are made that way. Look through the viewfinder of an old snapshot camera or a Bolex H16 and it is like looking down a tunnel with a tiny picture at the end of it. Watch the image on a monitor and whether the picture matches your eyes in terms of scale is dependent on how big your monitor is.

Actually, there is an element of truth in all those definitions, but what is ‘standard’ varies through history and culture. Although our naked eyes may have a angle of view of around 200º, our attention is focussed on a much narrower angle – about 55º (that’s 43mm if you insist on ‘35mm equivalents’). In terms of perspective, a ‘standard’ lens encourages us towards a camera-to-subject distance that matches the distance we converse with people in everyday life (a ‘portrait’ lens would put us rather further far away, a wide angle lens, too close). The resulting spatial relationships through our camera seem normal because they match the spatial relationships in everyday life.

What is considered a ‘standard’ lens has varied through time. Look through a box of old family photos and you will notice they are taken further away and with narrower angle lenses than modern snapshots. In the age of the selfie, with cameras held only an arm’s length away, what is normal is much wider and much closer. In video, we have moved closer too. Whereas we would use long focal length lens and a wide aperture to let the background fall out of focus when shooting an interview, that same focal length on a large sensor camera (giving us a wider angle of view but similar depth of field) might encourage us to move closer to the subject.

If we are looking for correspondence with ‘real world’ perspectives, we should also take into account how we view the images we produce. If we find ourselves sitting closer to increasingly larger screens, we could argue that wider lenses are more ‘natural’ than when TV was small box on the other side of the room.

Even though 35mm film stills cameras are a distant memory and only a minority of digital cameras sold are ‘full frame’, I guess we are stuck with ‘35mm equivalent’ for a while. However, wouldn’t it be nice to get the world to think in lens angles rather than focal length?