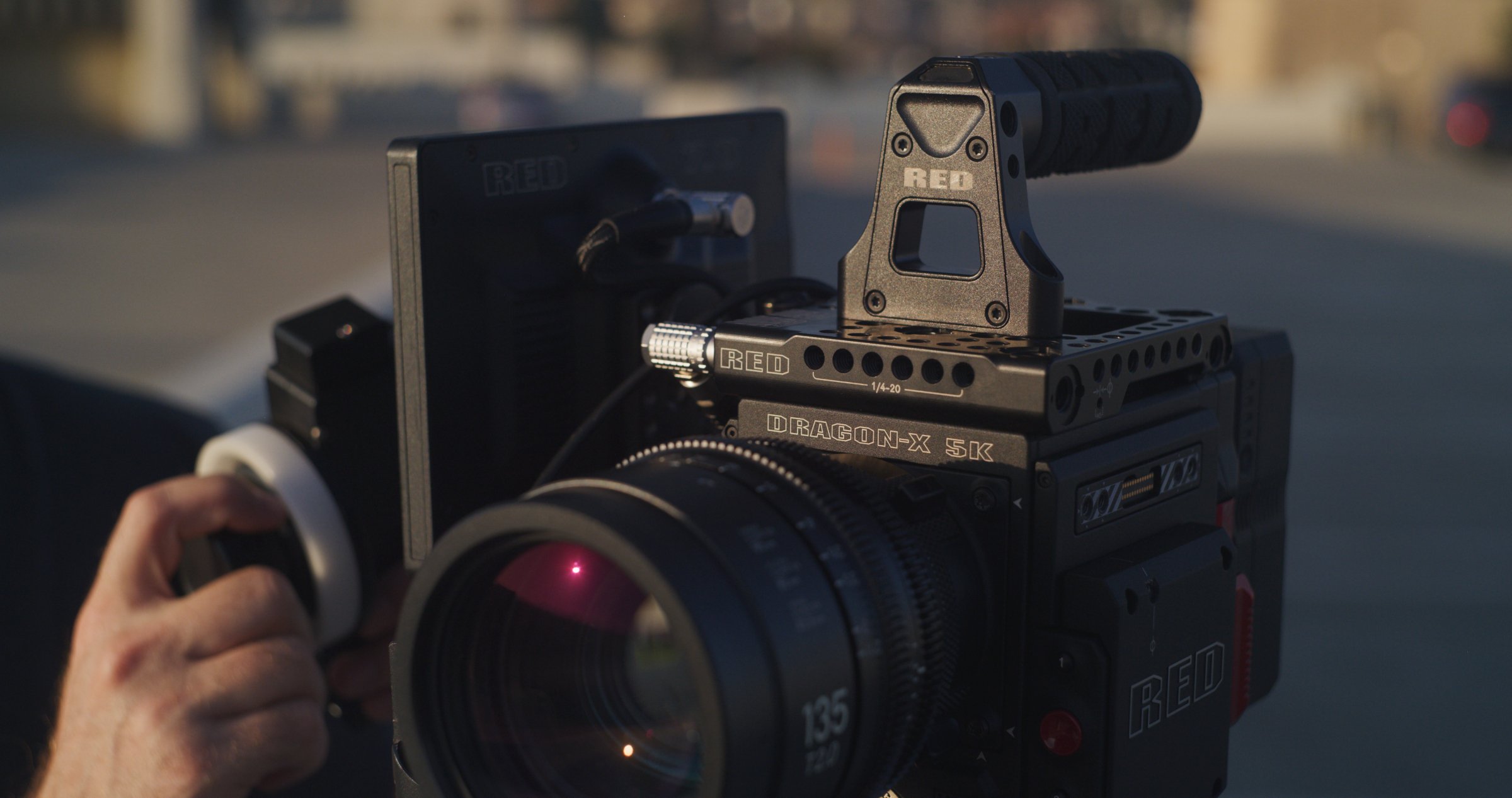 In May, RED took a major step towards rationalising and simplifying its camera line.

For its top end systems only the sensor now differentiates the camera. The body is the same for each product.

This means that they all have essentially the same processing power, and they can all run RED's Colour pipeline IPP2 in-camera.

And - importantly - it means that it's now easy to specify and choose a camera, based on whether you need the Monstro (Vista Vision 8K), Helium (S35 8K) or Gemini (S35 5K - featuring extra low-light performance).

Now, you may have been wondering whether there would be any more cameras in the range - especially, perhaps, one with a lower price. Today, we have an answer.

There's a new camera called the DRAGON-X, which now also sports a DSMC2 form factor and electronics. It features the same DRAGON sensor technology that has been the basis of several previous (and award-winning) RED cameras, but paired with a new processor board capable of supporting IPP2.

It will also achieve 300 MB/s transfer rates and will record simultaneously in REDCODE® RAW and Apple ProRes or Avid DNxHD or DNxHDR. IPP2 needs more powerful processing than previous cameras that have featured the DRAGON sensor. 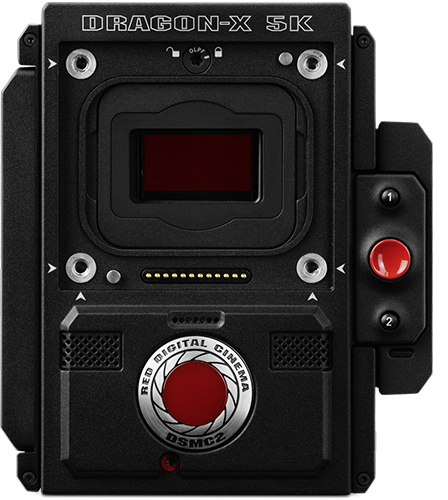 More computing power and a better image pipeline should result in better images, even with an estabilshed sensor.

The new DRAGON-X is available in stores now.

Both are available today at red.com or through RED’s Authorized Dealers.

The DRAGON-X wasn't the only announcement from RED.

New to the range is the DSMC2 PRODUCTION MODULE.which fits directly on to the DSMC2 body and comes with a V-Lock mount, an integrated battery mount, and a P-Tap for 12V accessories. It also has XLR audio, power and comms connections, including support for 3-pin 24V accessories. For comparison, it's smaller and lighter than RED's REDVOLT EXPANDER with a battery module. 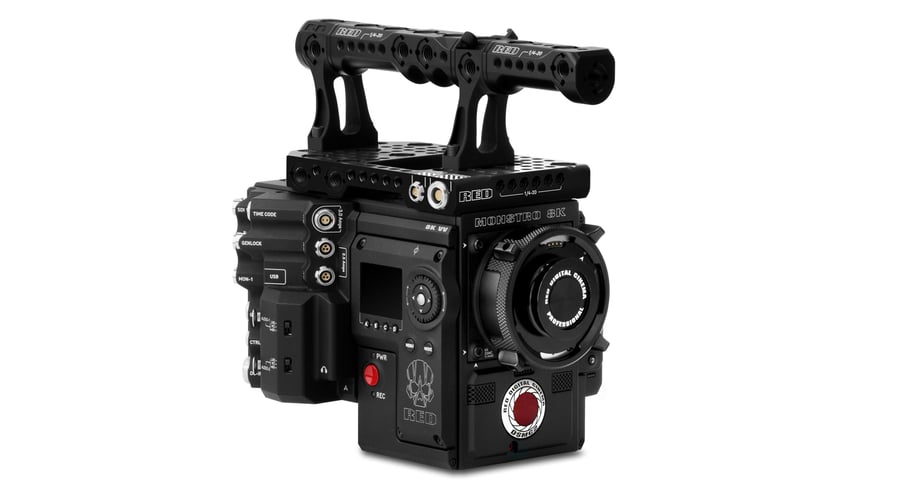 This seems to us like an important addition to the RED range. It acknowledges the need for a less expensive entry-level product in the RED family, uses a tried and tested sensor technology, and brings it right up to date with new real-time colour science and recording options.

In far less than a year, the whole RED camera range has evolved into an extremely credible and much easier to understand range of products. There's a consistency now throughout the range that we think will help buyers distinguish between the cameras and ensure that they get the right device for the job.