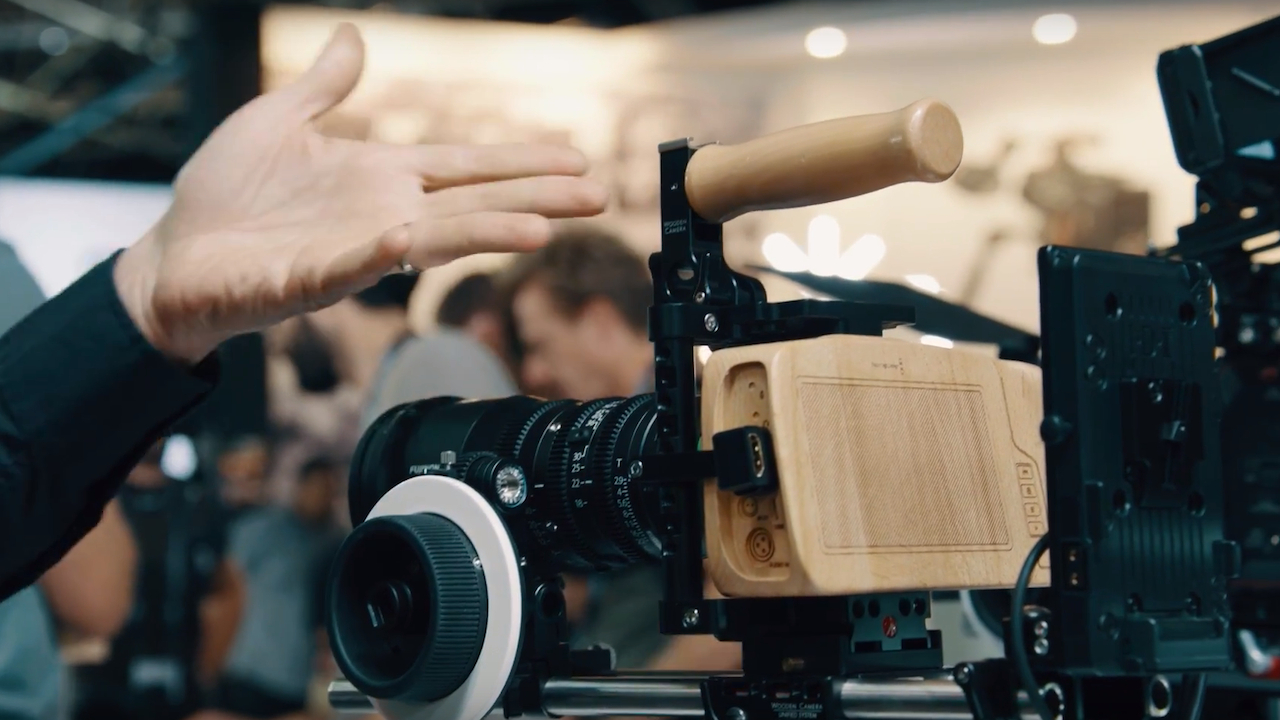 In a busy year for cameras in general it was no surprise that there was a lot to see on Wooden Camera’s stand at IBC, including its new Accessory Kit for the Pocket Cinema Camera 4K.

Wooden Camera has built a great reputation for innovation over the years, and sometimes it’s the small things that really have an impact. Showing off a new series of metal battery plates, the company’s Ryan Schorman points to a small red LED.

“Instead of a traditional blast fuse we’ve replaced that with a digital fuse,” he explains. “What we do is we monitor the output on the D-Taps and if there’s short circuit or other incident, the D-Taps are shut off and the red light comes on. But then all you have to do is press the reset button to restart the accessory power.”

Which, it has to be said, is a lot simpler all round.

Ryan also shows off the company’s new $1500 accessory kit for the BMPCC 4K Accessory Kit which has a lot of the WC trademark features we’ve come to expect from the company, as well as a great new lightweight matte box, the ZipBox Pro, which should be shipping soon.