This year's Rory Peck Awards showed us that stories that matter, still matter 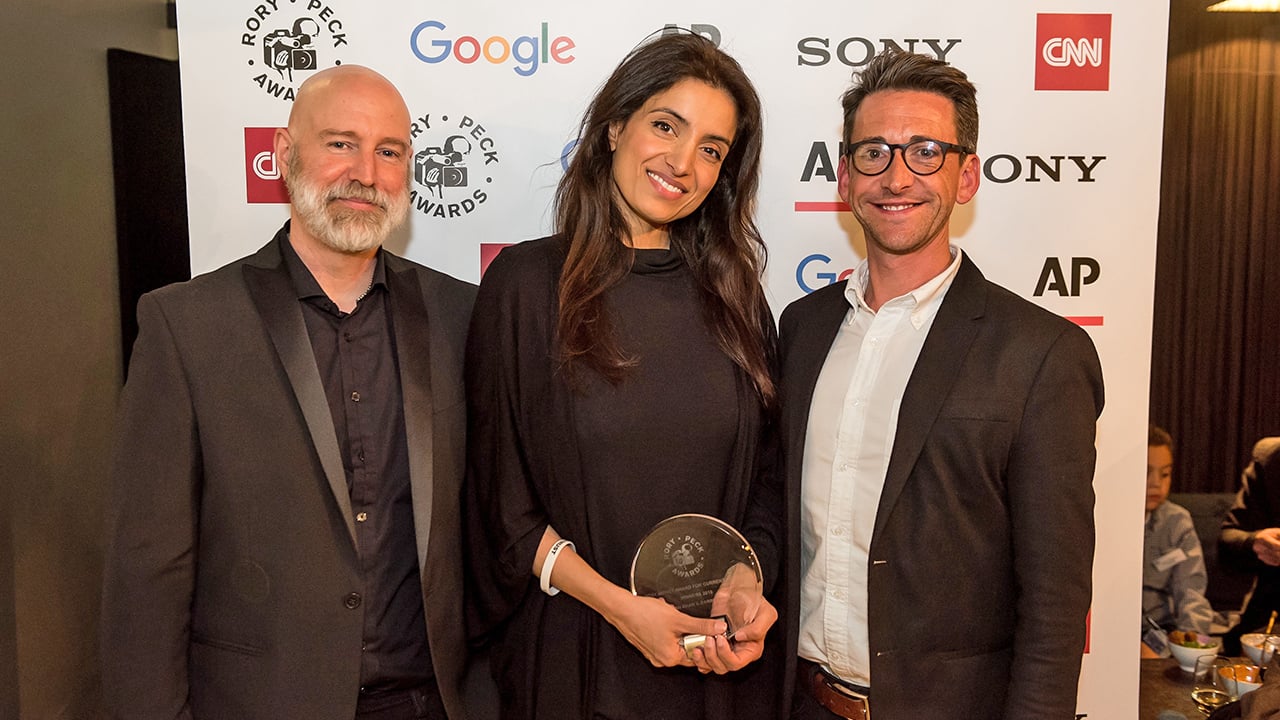 The Rory Peck Awards celebrates the work of filmmakers working in the most extreme circumstances. Roland Denning covered the event, and found that the art of making films that matter is still well and truly alive.

The Rory Peck awards are the annual celebration of the work of those behind the camera in news and current affairs. Rory Peck himself was a cameraman who died in the course of duty in Moscow in 1993, and the Rory Peck Trust does fantastic work supporting freelance camera people around the world through training, security, insurance and grants to cover freelancers’ basic needs. As you can imagine, demand for their support far exceeds what they are able to supply.

News was once considered the lowly cousin of filmmaking, often associated with grainy, shaky images redeemed only by the fact the operator was in the right place at the right time. Watching the pictures on the large cinema screen at BFI Southbank in London on Thursday night, nothing could be further from the case: current technology means that the smallest crew in the most difficult circumstances can produce images of cinema quality.

‘Difficult circumstances’ in an understatement. We saw the results of filmmakers working in the most extreme conditions in Syria, Myanmar, Sudan, Charlottesville, Mosul, Yemen and Venezuela, sometime with bombs literally exploding all around them.

What was clear was that all the filmmakers were also, at heart, story tellers – there was nothing merely functional about their work. In some cases, even though I am hesitant to use the term in this context, the images were actually beautiful. Alexander Houghton’s film, shot in a remote village in Venezuela followed a local fisherman trapped in a state of poverty, hoping to provide for his diabetic father and daughter by joining the contraband trade. It has a poetic quality you would not expect from the subject matter.

On the other hand, Muman Husari’s report was filmed on an cameraphone – and it did look like it. But the fact it was shot in an underground shelter tunnel in Syria during a heavy shelling raid, as women were sewing together improvised gas masks, makes any criticism of its technical quality irrelevant. It is an extremely moving and essential report.

A notable element of the evening was that three of the four category winners were women – an extraordinary achievement given the macho stereotype of the foreign news reporter and the situations they face. 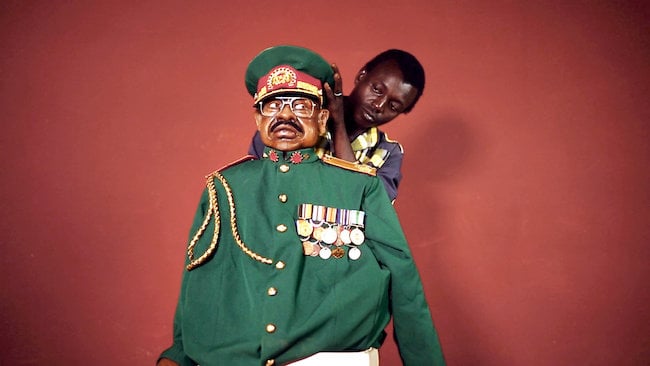 Winner of the News Features prize went to Roopa Gogineni

The winner of the news category (for reports up to 10 minutes) was Spanish filmmaker Mikel Konate for a very powerful portrayal of a rescue mission in the Mediterranean of African migrants. A harrowing story superbly shot.

Some filmmakers managed to find humour in the darkest of subjects. The News Features prize went to American Roopa Gogineni for an amazing story of satirical Rebel Puppeteers in the Nuba mountains of Sudan. The film follows Ganja, the pacifist son of a rebel commander, who travels the countryside with a puppet of President Omar al-Bashi.

The Martin Adler prize, which honours a local freelancer went to Maltese investigative journalist Daphne Caruna Galizia who was killed by car bomb near her home in October 2017 after many death threats.  Her work was dedicated to exposing corruption in Maltese politics and her son stated that his mother’s assassination matched the crimes on which she was reporting.

Finally, the Sony Impact Award for Current Affairs (programmes up to 60 minutes) went to Deeyah Khan and Darin Prindle for their astonishing film about neo-Nazis in the USA.

Khan, Norwegian by birth but now largely London based, is a female, liberal Muslim of Asian heritage and represents everything her subjects hate. Through sheer persistence and commitment she filmed some extraordinary interviews and interactions with leading far-right white supremacists. A woman with no previous filmmaking training or experience, she was catapulted into filmmaking by the storm of abuse she received after being interviewed by the BBC about living in a multicultural society. Her story is an extremely important and remarkable one and she will be the subject of separate article to be published here shortly.

What stands out in all these films is how the filmmakers have made an emotional connection to the people they filmed – there is little of the traditional distance between broadcaster and subject; they are humanitarian works in the finest sense, made by people often very close to their subjects.  We can thank modern technology to enable the courageous and committed filmmakers honoured in these awards to be able to make those connections in the most extreme circumstances.