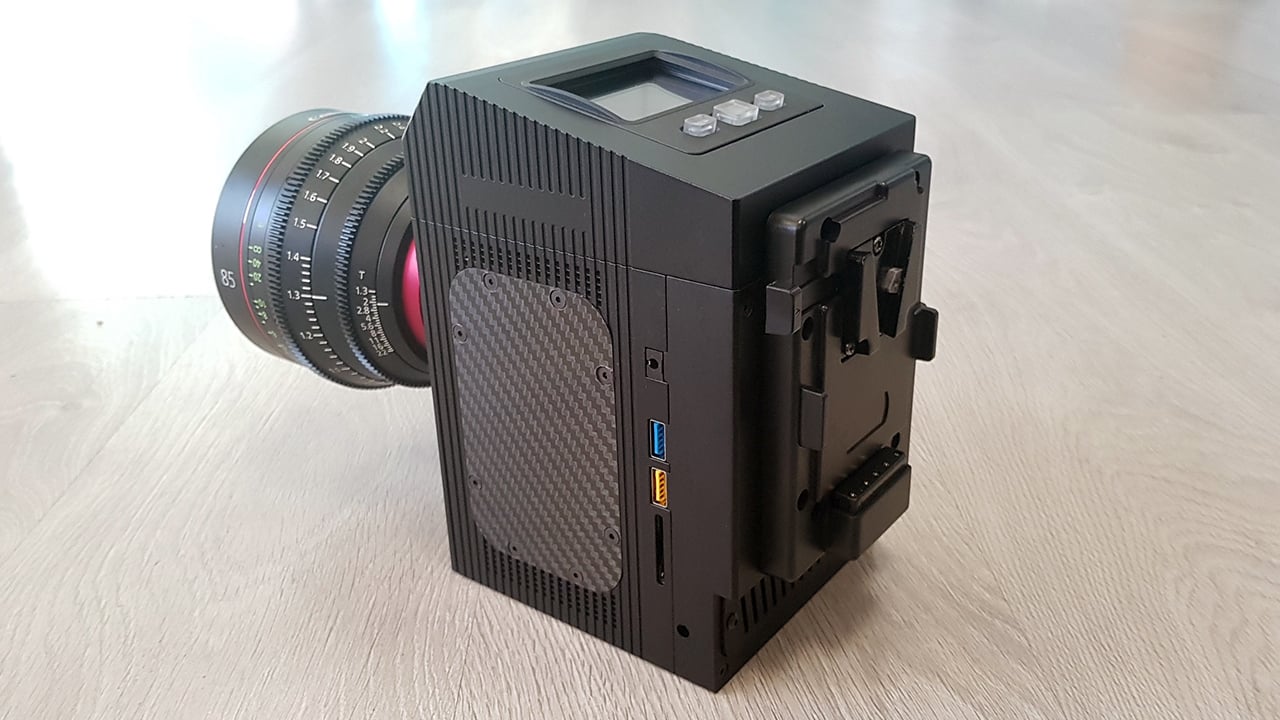 When the first 4K camera became available for under four thousand units of currency, the aphorism “4K for 4K” was coined. Is Cinemartin's Fran camera the first 8K camera for under 8000 euros?

8K is enough resolution for practically any conceivable purpose in conventional cinema, though of course applications in VR and visual effects acquisition can use about as many pixels as anyone can throw at them. The two other key features are the full-frame sensor and the global shutter. The sensor specification varies slightly on the three models: the most affordable LT version shoots an image 3024 pixels high, while the standard edition shoots a roughly 2:1 frame 4096 pixels high, while the Fran Plus, at €19,995, has a generous 47-megapixel sensor recording a large 7920 by 6024 image, which is... well, a lot, to put none too fine a point on it.

All but the LT model will shoot 8K at 30 frames per second, with speeds up to 96fps at 4K, and 120 at 2K on the higher end models. The company doesn't talk about effective ISO in the available materials; they do talk about 15.5 stops of dynamic range, though it's hard to avoid getting the impression that some of the released stills seem a bit lacking in highlight detail; perhaps they're representative of an early build, but they've been published so it seems reasonable to base an opinion on them. We'll see in detail when we get our hands on one.

In terms of pixel count, then, it's a decent spec. All of them record to m.2 NVMe storage, which keeps media costs down at the commodity level. Frankly this is what at least some cameras have been doing for a while – putting commercially-available storage in a caddy – and it's a fine approach, avoiding any impression that the company is profiteering on the storage. The cameras will record DNG or (for some reason) PNG files, with another format the company calls DIB, which usually means BMP files, but it isn't quite clear what that means in context. There is the option to record compressed or uncompressed raw, with the LT omitting the uncompressed raw option.

There are a few other feature variations between the three cameras. All of them are currently shown as having an EF mount, with the PL option predicted for the standard and plus versions in 2019. One of the things that's rarely mentioned in promotional literature is colorimetry. Some cameras use dense, saturated colour filters on their bayer arrays, providing better sensitivity to fine changes in hue, no matter how clever the algorithms are. Other cameras use less saturated filters, which helps with sensitivity and (to a degree) the performance of the demosaic. It's a complicated tradeoff that affects all modern cameras and it'll be interesting to see how well Cinemartin's camera behaves in this regard.

Fran is an attractively compact package with a decent spec at a decent price, assuming the accuracy of the numbers given. The camera is predicted to become available toward the end of the year. The numbers given here are described as “intro prices,” and a 10% reserve is mentioned. Retail pricing is higher, at  €10,995, €17,790 and €25,670, but not unreasonable assuming that 15.5 stop range, and a few other things, are achieved. For more information visit the official Fran website.

ProRes samples from the Fran can be downloaded here.