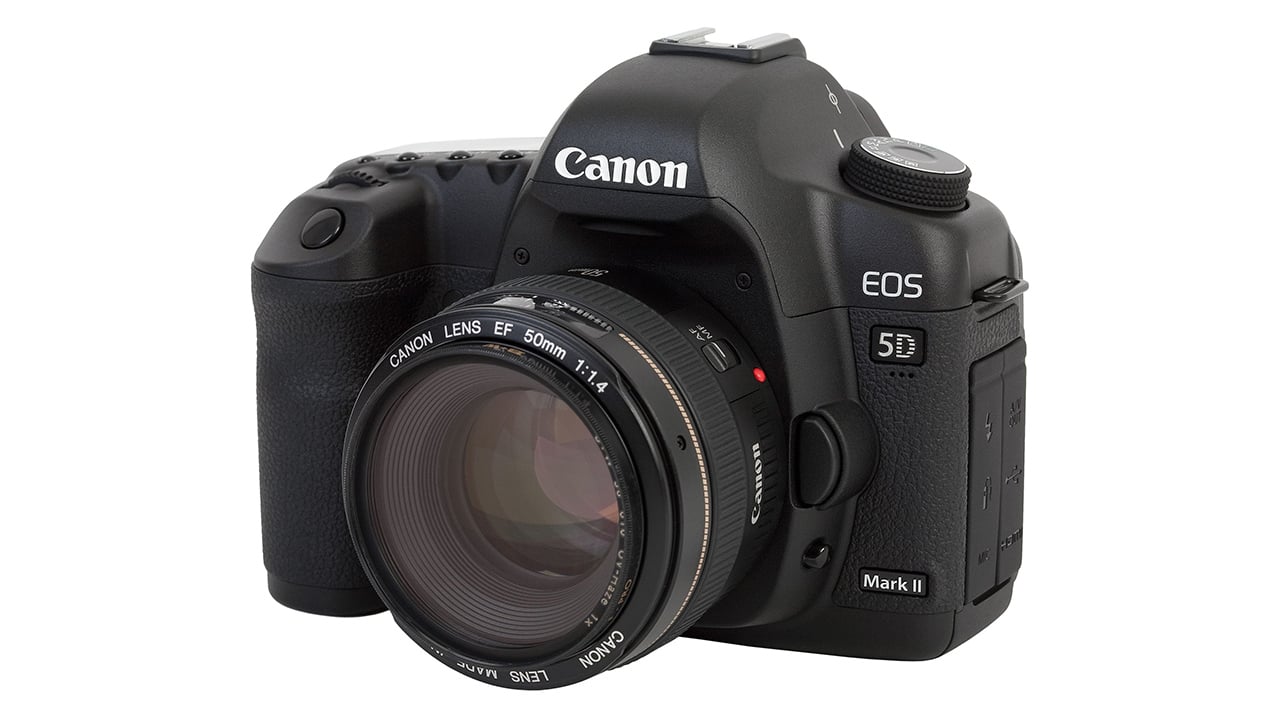 It was easy to overlook, but last month was special. Almost exactly ten years ago, Canon announced the first camera that offered large-sensor video shooting at a price that worked for consumers.

Despite its huge and lasting popularity, that camera had  few issues. It wasn't a super-35mm sensor – it leapt all the way to full-frame, around the same size as mid-century greats such as VistaVision, provoking headaches for focus pullers across the world. The battery life was poor, it was stuck permanently in an awkward automatic exposure mode, and it didn't shoot all the most important framerates until a firmware update over a year later. It could even overheat in very specific circumstances.

It was, and remains, an excellent stills camera. It's probably a bit unfair to complain too much of the Mk. II's shortcomings as a video camera when that was only ever intended to be a small, secondary use, to allow photojournalists to shoot video for the online arm of traditional print publishers that was becoming current in 2008. Canon, for their part, seemed to lack a very complete understanding of exactly what they'd created: a highly portable video camera with a huge sensor, recording to affordable compactflash cards. It quickly became a brilliant example of the fact that aesthetics overcome technical limitations.

And the technical spec of the Mk. II was really quite restricted. The idea of the huge 21 megapixel, 5.6K by 3.7K sensor being downscaled to HD resolution is exciting, because it would involve a massive degree of oversampling and ordinarily lead to high resolution, low noise pictures with excellent natural sharpness and very low aliasing. That sort of scaling, though, is difficult; it takes a lot of computing power, especially to do it thirty times a second. A stills camera like the Mk. II would have no other use for that kind of grunt, and no other need to offload the entire sensor's worth of data at video frame rates.

As a result, some fairly significant shortcuts were built into the sensor. Usually, just reading out every third pixel (as would be required to get an approximately 1920-wide image) would lead to horrific aliasing as fine details fell between the active pixels, so Canon's designers had the sensor read out carefully-designed patterns of pixels. It worked reasonably well, diffusing the errors to a point that was compatible with – well – the original intention, which was to shoot quick online news material. It was certainly possible to reveal issues with this technical approach, by shooting anything with fine detail in it.

Third-party antialiasing filters, designed to effectively defocus the image enough to avoid provoking aliasing, were made available by Matrix Engineering for DSLRs including the 5D Mk. II. The results can look rather soft, given that so much softening is required to solve the problem. Regardless, the big full-frame sensor would still have been hard to work with, especially given that it would overwhelmingly be used with stills-oriented lenses which have dubious focus ergonomics when shooting motion pictures (and this was before Canon got really good at automatic focus tracking for video.) Possibly for this reason, the first edition of the camera always used automatic exposure control in video mode, with the priority given to maximising depth of field. 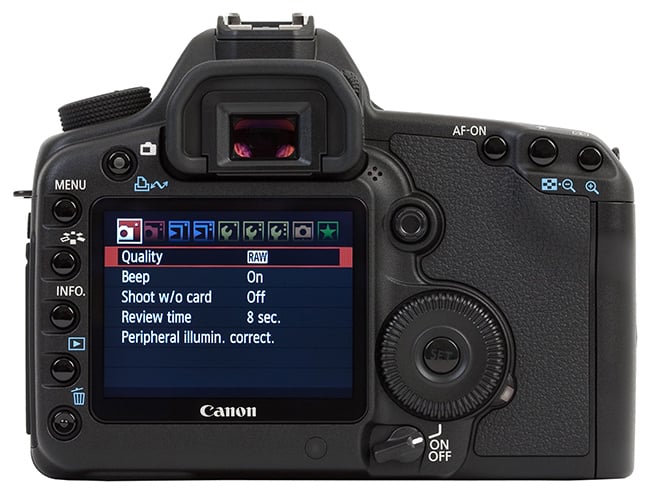 To their credit, Canon quickly realised what they'd spawned. With firmware updates, the camera became much more capable, gaining a workable selection of frame rates and full manual control, though it always recorded to an H.264 codec at around 38 megabits per second. That sort of video compression is something that can be done well or poorly, and the Mk. II's implementation was – again – designed for quick newsgathering as a secondary feature, not big-screen drama production. There was never any way to get a clean signal out of it for external recording, so the internal capability was all that would ever be available through official channels.

Nonetheless, much good work was done with the Mk. II. It was used on a couple of quite high end productions, perhaps most famously an episode of House - an experiment, perhaps, but it was used nonetheless. Things improved somewhat with the development of software like Rarevision's 5DtoRGB, which used much more careful mathematics in the reconstruction of the camera's heavily-compressed material (and continues being relevant to this day.) There were sometimes problems with properly recovering all of the brightness information from the files, which were encoded with full-range values from 0 to 255 but which were often assumed as being in studio range, 16 to 235, risking lost highlight and shadow information without careful workflow design.

But despite it all, the 5D Mk. II was a huge Canon sensor with Canon's colour processing. There was something about it that looked good in a way that was widely recognised. Most significantly, it founded the DSLR revolution, which improved the results available to microbudget productions out of all recognition; it was finally possible to ape some of the most important characteristics of movie pictures if the crew knew what they were doing.

In 2018, it's becoming less necessary to use DSLRs for video work, though manufacturers continue to push out ever more capable models. The Mk. II's direct descendant, the EOS-5D Mk. IV, shoots 4K movies from its 30-megapixel sensor, and the Magic Lantern third-party firmware – a hack, frankly – has made venerable old cameras such as the 40D, which didn't even ship with video recording, capable of shooting high quality raw images for the price of a little fiddle factor. Really, though, with Canon's own C-series cameras and options from people like Blackmagic, there's often no longer the need to rig up a DSLR with a lot of accessories in an attempt to turn it into something it will never quite be.

But the Mk. II arguably founded more than that. If the period between the the 2008 launch and today defines the DSLR revolution, that's fine, given the hugely capable cameras we now have even at entry level. Possibly all this have happened anyway, given the march of technology, but it does raise one interesting point.

With high-end, full-frame cameras such as the Alexa LF and Canon C700 FF becoming popular, there's been much concern among high-end filmmakers over pulling focus on such large sensors. It's tougher at 6K, sure, but low-budget filmmakers have actually been shooting full frame for a decade.

The video that set the internet alight. Vincent Laforet was the first short made using the video capabilities of the 5D Mk2. Alas all that remains of the short now are 480p versions. The full 1080P HD version has seemingly been lost to the anals of time.