This is why true zoom lenses are incredibly complex to build 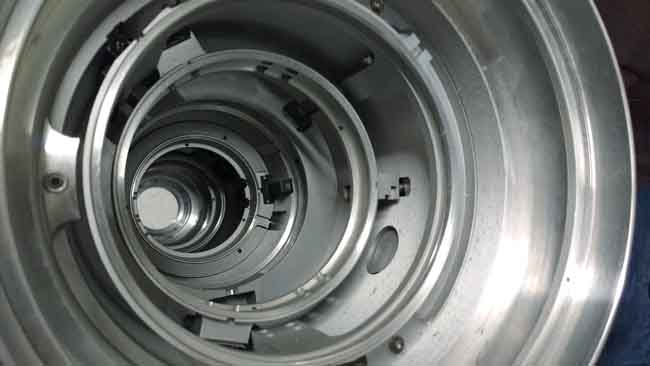 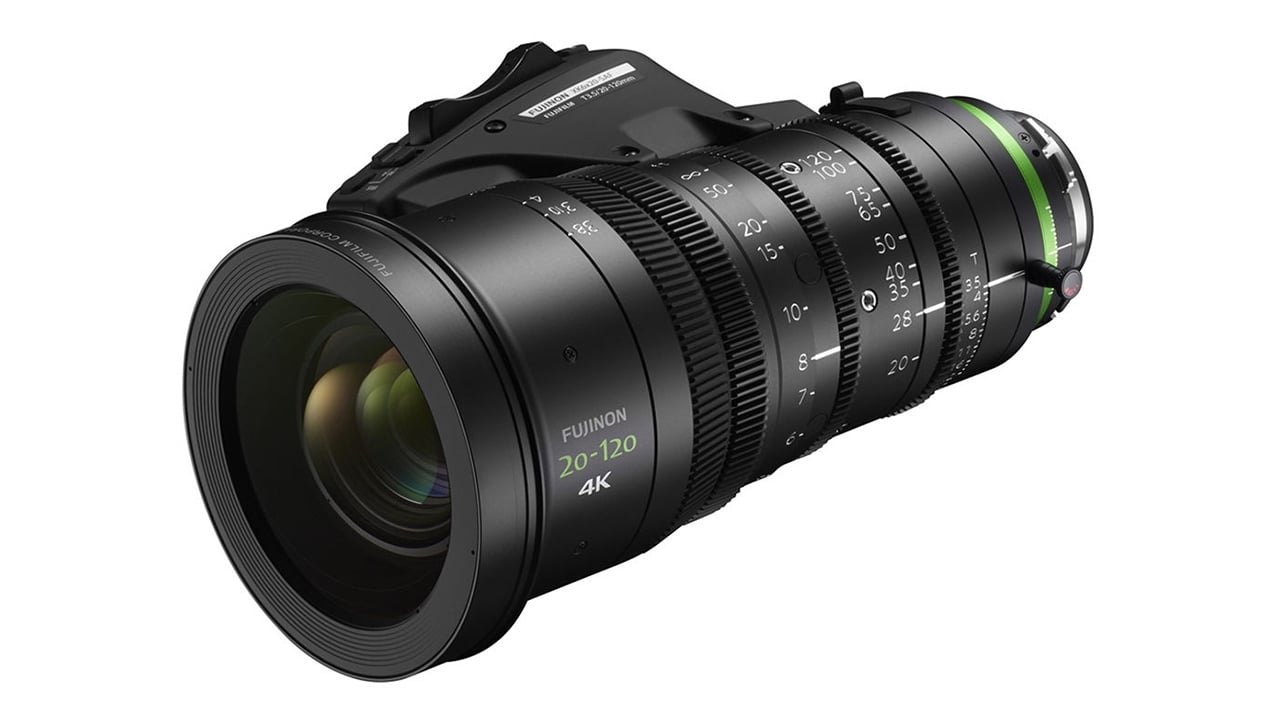 Why is a Sony camcorder like the PXW-Z280 with a huge zoom lens priced less than a good individual zoom lens for a large sensor camera? The reasons are more complex than you might think, but technology could bode well for the future of affordable glass.

A Sony PXW-Z280 camcorder has a zoom lens covering a range from 5.6 to 95.2mm. That's a pretty sensible setup for a news and documentary camera with half-inch sensors and it has a huge 17:1 range while still achieving a f/1.9. It would be an ultra-wide zoom if it covered super-35mm, although it doesn't, but it's a pretty normal setup for a modern news camera. It's also very much the sort of specification many people would like to see on a standalone zoom lens that could be attached to, say, an FS5 or an Ursa Mini. And somehow, the whole Z280 camera, with the lens built in, sells for perhaps £6500 including tax. 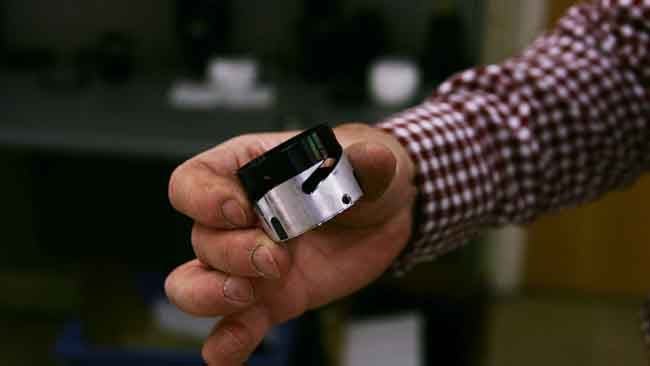 This prompts questions about why something like a Zeiss LWZ.3, which achieves a t/2.9 at the wide end and is a mere 4.7:1 zoom, and yet is one and a half times the price of the entire Z280 camera. Sure, part of this can be put down to the fact that the Zeiss covers a larger imaging sensor and some of it might be an image quality offset (though the Z280 achieves 4K resolution on its 1/2” chips, which means it daren't be all that sloppy.) But there are other examples of huge capability at a modest price: Canon makes a 28-300mm stills zoom that covers full frame and only costs about £1000. Sure, it ramps down to a 5.6 at the long end, but, given the huge range of focal lengths, it's hard to complain. 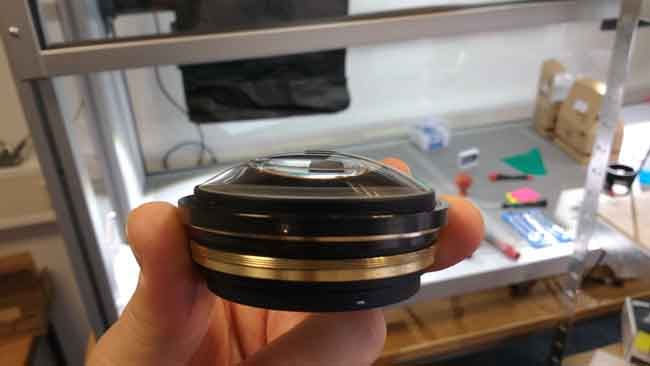 In theory, a prime lens can be one piece of glass, but modern lenses will always be much more involved

The question is why all of these lenses have such vastly varying capabilities and prices, even taking into account sensor size. They're all zooms, so it would be reasonable to assume that they all work in the same way.

Only – in a way – they're not all zooms. Let's consider the basics. 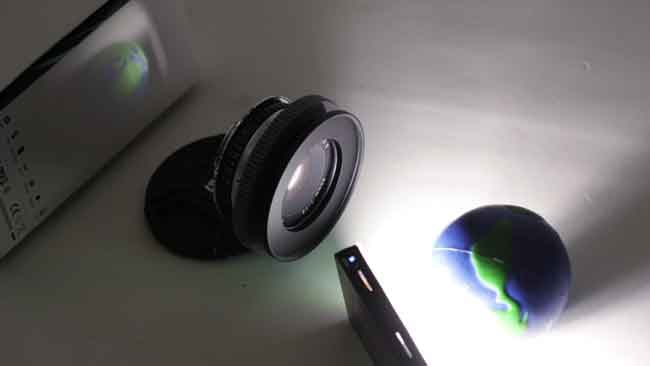 Projecting an image with a prime lens. A magnifying glass would do much the same thing (though worse.)

The simplest imaginable photographic lens only needs to involve one piece of glass. All practical modern lenses are much more complicated than that, often with around half a dozen individual lens elements, but the basic principles can be demonstrated with a magnifying glass. Perhaps everyone's done this, but it bears repeating: hold a magnifier up to a piece of paper, perhaps facing a brightly lit exterior window from inside a dimly-lit room, and a picture appears. Moving the lens in and out focusses the picture, and makes it slightly larger or smaller, but the only way to make the subject bigger while keeping it in focus is to move closer. 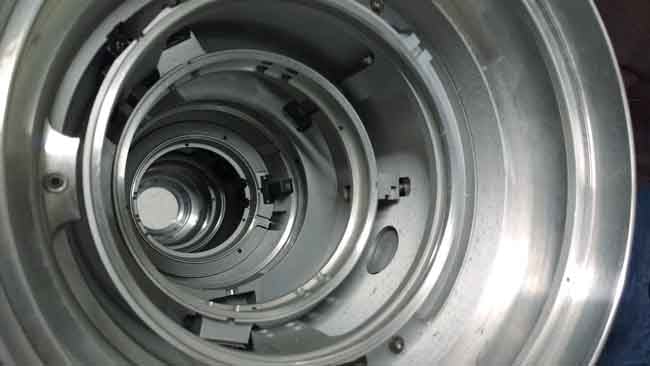 Inside one of Panavision's lenses. The sheer complexity is obvious

Zoom lenses are difficult to approximate with magnifying lenses, but it's fairly instinctive that putting two lenses in a row lets us tweak them both to alter both image size and focus. This gets complicated quickly, though, because tweaking one lens to alter focus means moving the other to maintain image size while moving one lens to alter image size also means moving the other to maintain focus. Or, to put it another way, we can view one of the lenses as the “zoom” element and the other as the “focus” element, but the lens will not appear to maintain focus while zooming.

Things like this (well, a bit like this) are often referred to as variable primes. It's a completely valid lens design and both projection and camera lenses have been made in this way. They've probably been more popular in projection and other specialist applications such as copy stand work since in that situation there's enough time to set things up and tweak both lens elements for the ideal result. Still, major manufacturers have made cinematography lenses that work like this because they're simple and effective. 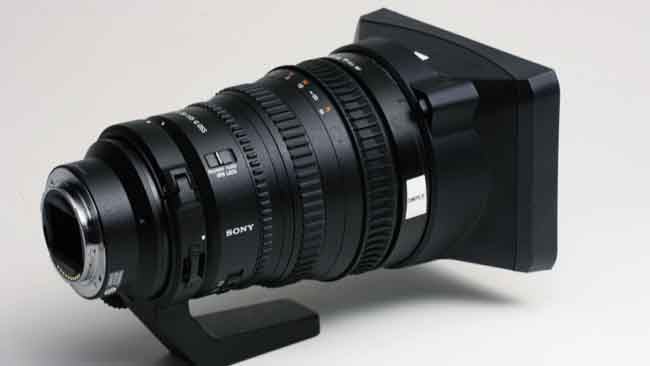 Lenses such as Sony's SELP28135G pack a lot of capability into a small, affordable package using servo-controlled lens elements

At this point, the obvious reaction is to mechanically couple those two moving lenses together somehow, so that when we move one we move the other to compensate. That is – very broadly, and leaving a lot of things out – how a true zoom lens works. It requires incredibly high-precision machining with lens elements riding up and down in strangely-shaped tracks, sliding one way, then reversing direction and sliding the other way so that zoom and focus can be presented separately to the user. It's complicated, which is why really high-grade zoom lenses, the really fast ones with long zoom ranges, are expensive.

But it's also clear that many cameras, particularly those with built-in lenses like the Sony we mentioned above, have massively capable lenses while remaining affordable.

The trick is that they aren't, mechanically, zoom lenses. The same goes for a lot of stills lenses, and a few interchangeable lenses. How does anyone make a 5:1 video zoom that's as small and as light as some of those which are available? Strictly speaking, they don't: these lenses don't have that mechanical interlock between the various moving pieces of glass. Zoom in on a Canon stills lens, even a high-grade one, and the image will often go very slightly soft; tap the autofocus on a DSLR (or engage the clever focus tracking on a C700) and it will snap into sharp focus. Bounce the zoom control on a Sony 28-135 E-mount zoom, and things move as fast as the servos can manage.

These lenses are solving that alignment problem with servos and electronics rather than precision mechanics. The servo approach isn't quite as snappy as a real mechanical zoom. It doesn't respond so quickly to the controls but it is far easier, and therefore cheaper, from an engineering point of view, and the benefits are so huge that the loss of that direct control is often worthwhile.

So what does all this mean for real-world camerawork?

On a drama, it's rare to zoom on shot; a zoom is a convenience, a way to work faster, so, as long as the focus controls operate mechanically, there's very little to worry about. In a broader sense, though, it should now be clear why some cameras don't have a toggle that makes the zoom entirely mechanical, why fully manual zooms can be expensive, and why factors of cost, capability, size and weight are, as ever, a compromise.