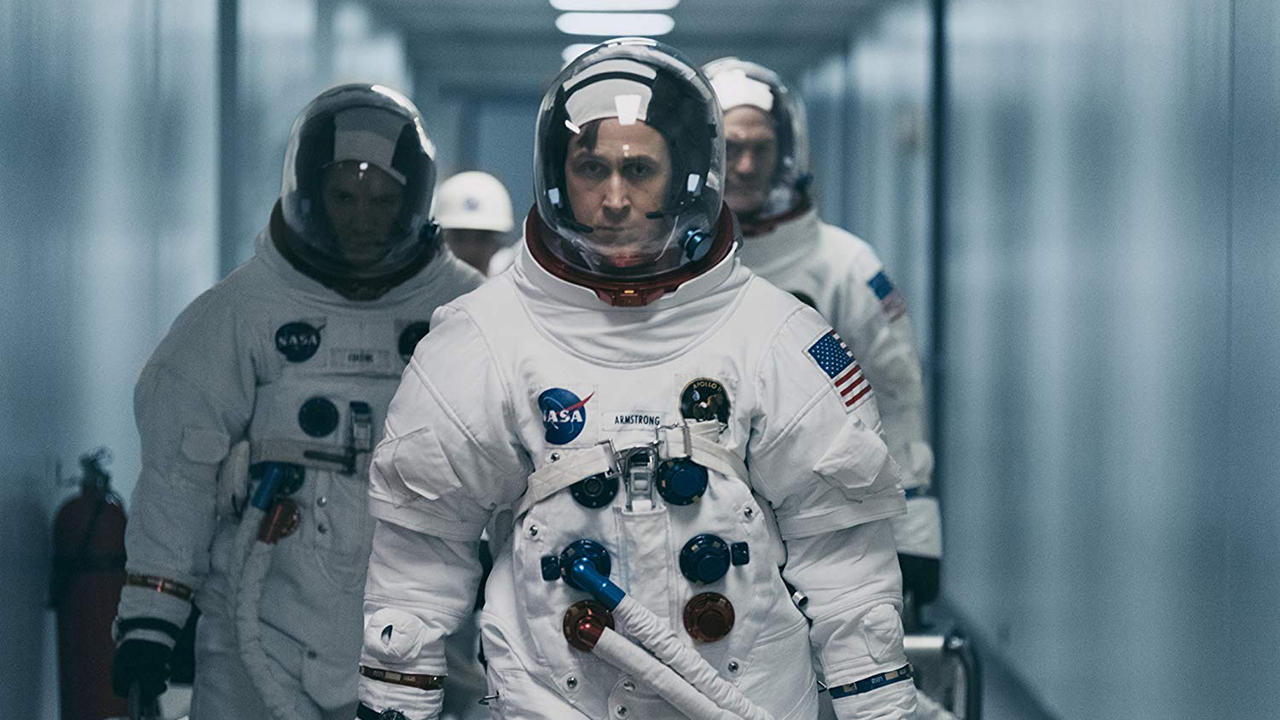 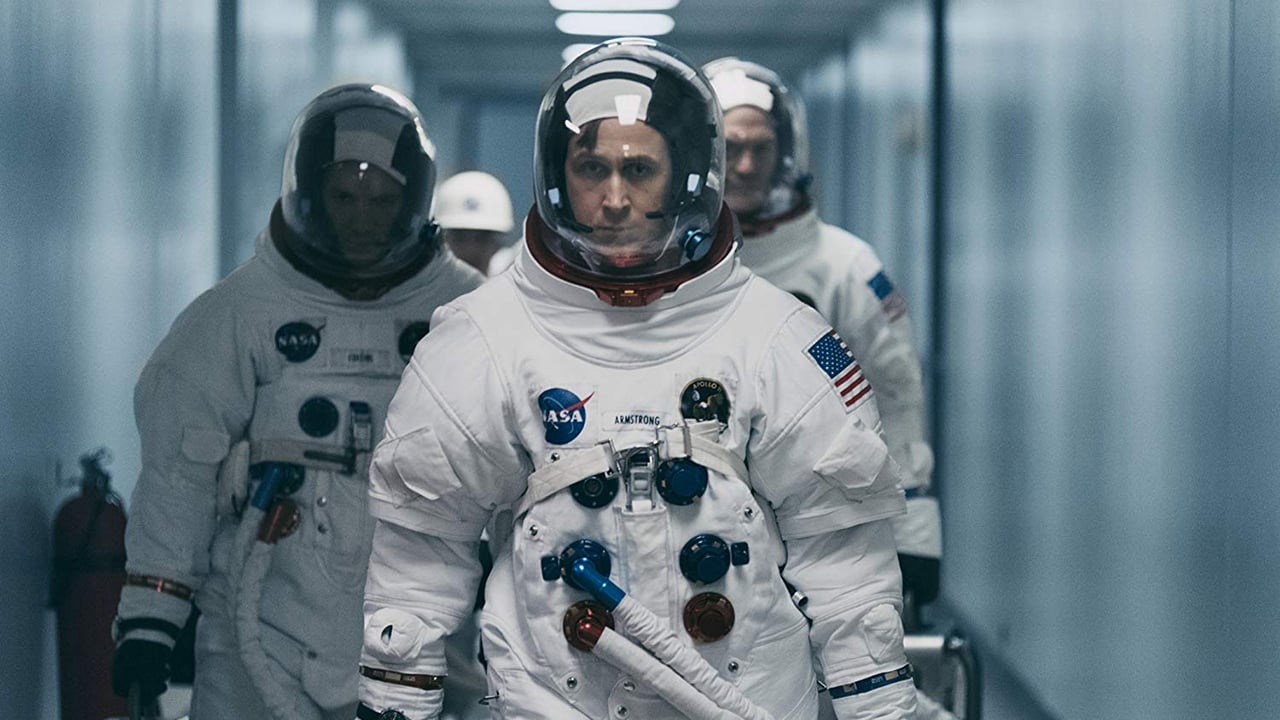 The recent release of First Man, a film depicting the life of Neil Armstrong during the time of the Apollo missions, has further highlighted the creative use of traditional film as well as filmmaking techniques. Neil Oseman breaks the film down and takes a closer look at how Damien Chazelle realised his vision using some of the most traditional methods in filmmaking, with no CGI in sight.

Hitting screens nine months shy of the moon landing's 50th anniversary, First Man tells the true story of Neil Armstrong's (Ryan Gosling) extraterrestrial career: his test flights in the hypersonic X-15, his execution of the first ever docking in space aboard Gemini 8, the tragic deaths of his colleagues in the launchpad fire of Apollo 1, and of course the historic Apollo 11.

First Man was directed by Damien Chazelle and photographed by Linus Sandgren, the same team who made La La Land, for which both men won Oscars. What I remember most about the cinematography of that earlier film is the palette of bright but slightly sickly colours and the choreographed Steadicam moves.

First Man couldn't be more different, adopting a cinéma vérité approach that often looks like it could be real and previously unseen Nasa footage. As Sandgren explains in a Studio Daily podcast, he used zoom lenses and a documentary approach to achieve this feeling: “When you do a documentary about a person and you're there in their house with them and they're sad or they're talking, maybe you don't walk in there and stand in the perfect camera position. You can't really get the perfect angles. That in itself creates some sort of humbleness to the characters; you are a little respectful and leave them a little alone to watch them from a distance or a little bit from behind.”

Similarly, scenes in the spacecraft relied heavily on POVs through the small windows of the capsule, which is all that the astronauts or a hypothetical documentary camera operator would have been able to see. This blinkered view, combined with evocative and terrifying sound design - all metallic creaks, clanks and deafening booms, like the world itself is ending - makes the spaceflight sequences incredibly visceral.

Watching First Man in the cinema, I was playing “Guess the Format” when I noticed frames with dust on, a sure sign of celluloid acquisition. I automatically assumed 35mm, though as the film went on I occasionally wondered if I could possibly be watching Super-16? There was something very soft and retro about certain images, the way the searing highlights of the sun blasting into the space capsules rolled off and bloomed.

The podcast confirmed my suspicions. Sandgren reveals that Super-16 was employed for intense or emotional material, specifically early sequences relating to the death of Armstrong's young daughter and scenes inside the various spacecraft. It recalls 16mm documentaries of the period and, of course, the smaller size of the equipment would have been advantageous inside the cramped sets.

35mm was used for most of the non-space material. Sandgren differentiated the scenes at Nasa from those at Armstrong's home by push-processing the former and pull-processing the latter. What this means is that Nasa scenes were underexposed by one stop and overdeveloped, resulting in a detailed, contrasty, grainy look, while the home scenes were overexposed and underdeveloped to produce a cleaner, softer, milkier look. 35mm was also used for wide shots in scenes that were primarily Super-16, to ensure sufficient definition.

Finally, scenes on the moon were captured on Imax (horizontally-fed 65mm) film, giving them a crisp and expansive look.

In keeping with the vintage aesthetic of celluloid capture, the visual effects were captured in-camera wherever possible. Imposing a "no green-screen" rule, Chazelle and his team used a huge LED screen to display the views out of the spacecraft windows. A 180° arc of 60' diameter and 35' in height, this screen was bright enough to provide all the interactive lighting that Sandgren required. His only addition was a 5K tungsten par or 18K HMI on a crane arm to represent the direct light of the sun.

The old-school approach extended to building and filming miniatures, of the Saturn V rocket and its launch tower for example. For a sequence of Armstrong in an elevator ascending the tower, the LED screen behind Gosling displayed footage of this miniature.

For external views of the capsules in space, the filmmakers tried to limit themselves to realistic shots which appear to have been captured by cameras mounted on the bodywork. This put me in mind of Christopher Nolan's Interstellar, which used the same technique to sell the verisimilitude of its space vehicles. In an age when any conceivable camera move can be executed, sticking to simple angles which tap into decades of cinema and documentary history can have a powerful effect.

For scenes on earth, Landgren walked a line between naturalism and expression, influenced by legendary DPs like Gordon Willis. My favourite shot is a wide of Armstrong's street at night, as he and his ill-fated friend Ed White (Jason Clarke) part company after a drinking session. The mundane suburban setting is bathed in blue moonbeams as if the moon's fingers are reaching out to draw the characters in.

Scenes on the lunar surface were captured at night on an outdoor set the size of three football pitches. To achieve absolute authenticity, Sandgreen needed a single light source (the sun) fixed at 15° above the horizon. Covering such a huge area required a source of enormous power, so he commissioned Luminys to build a 200KW version of their Softsun plasma lamp.

The result is a completely stark and realistic depiction of a place where the sun is the only illumination, with no atmosphere to diffuse or redistribute it, no sky to glow and fill in the shadows. This ties in neatly with a prevailing theme in the film, that of associating black with death, when Armstrong symbolically casts his deceased daughter's bracelet into an obsidian crater.

First Man may prove unsatisfying for some, with Armstrong's taciturn and emotionally closed-off nature making his motivations unclear, but cinematically it is a tour de force. Taking a human perspective on extraordinary accomplishments, deftly blending utterly convincing VFX and immersive cinéma vérité photography, First Man recalls the similarly analogue and similarly gripping Dunkirk as well as the documentary-like approach of 1983's The Right Stuff. Be sure to check it out while it's in cinemas.