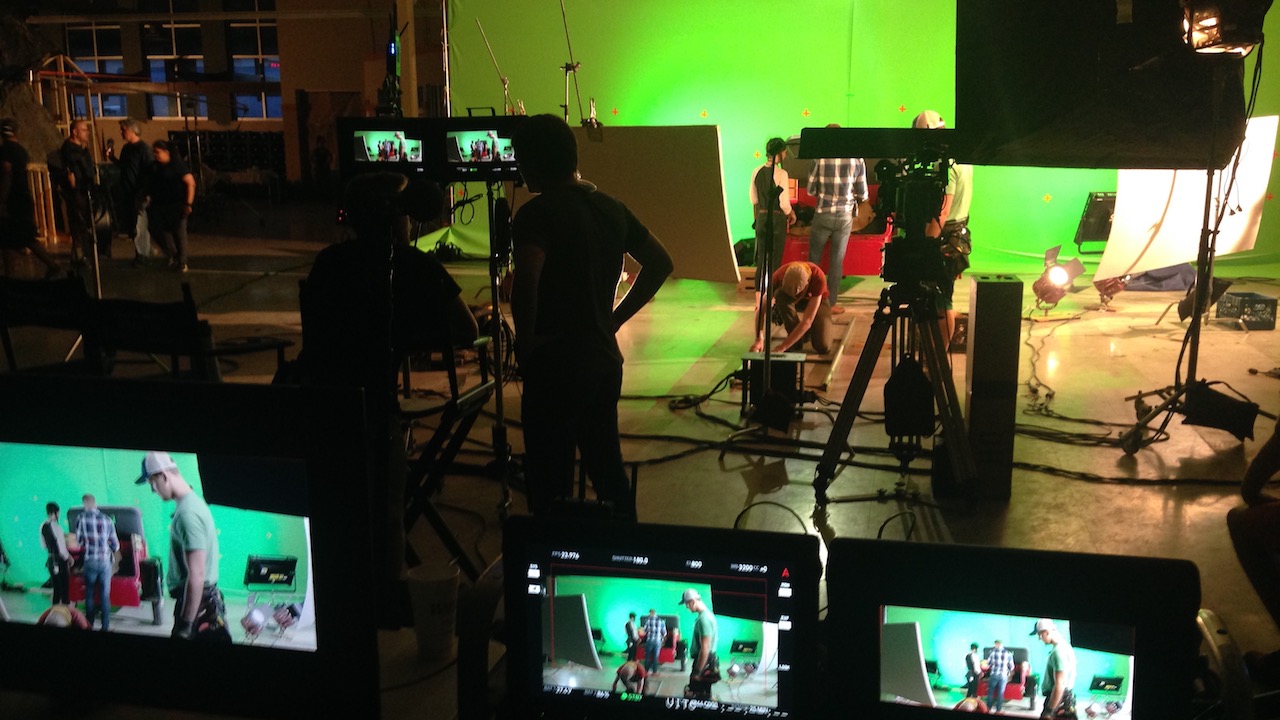 Replay: Since almost the dawn of cinema, scenes in moving vehicles have challenged the ingenuity of filmmakers. The difficulties of fitting equipment into cramped cars or cabins, the problem of capturing clean sound – and, of course, safety issues – have all led to various techniques being developed over the decades. Most of these techniques are now achievable, in some form at least, by even low-budget filmmakers.

To help you choose the best method for your next cinematic voyage, I’m going to look at five different films set on moving trains that have each tackled the problem in different ways. All of these techniques, however, apply equally well to cars, buses, planes or boats.

1. For real: The Darjeeling Limited

Production designer Mark Friedberg explains: “The big creative decision Wes made was that we were going to shoot this movie on a moving train. And all that does is complicate life.” According to Friedberg, the decision made things more expensive and made the logistics incredibly challenging, but he concludes that “what it did do is it made it real.”

Although best known as The IT Crowd‘s Moss and the new host of the Crystal Maze, Richard Ayoade is also an accomplished director. His last feature was a darkly beautiful adaptation of Dostoyevsky’s classic identity-crisis novella The Double.

Unlike the other movies on this list, The Double only has short sequences on a train and that’s a key point. So named because it’s a cheap alternative to rear projection (a.k.a. process photography), Poor Man’s Process is a big cheat. In order to hide the lack of motion, you keep the view outside your vehicle’s windows blank and featureless – typically a night sky, but a black subway tunnel or a grey daytime sky can also work. Then you create the illusion of motion with dynamic lighting, a shaky camera and grips rocking the carriage on its suspension. Used judiciously, this technique can be very convincing, but you would never get away with it for a whole movie. Poor Man’s works particularly well in The Double, the black void outside the subway car playing into the oppressive and nightmarish tone of the whole film.

Production designer David Crank built the subway carriage set out of an old bus and used a forklift truck to shake it. “For the effect of moving lights outside the train,” Crank reveals, “it was a combination of some spinning lights on stands, as well as lights on small rolling platforms which tracked back and forth down the outside of the bus.” 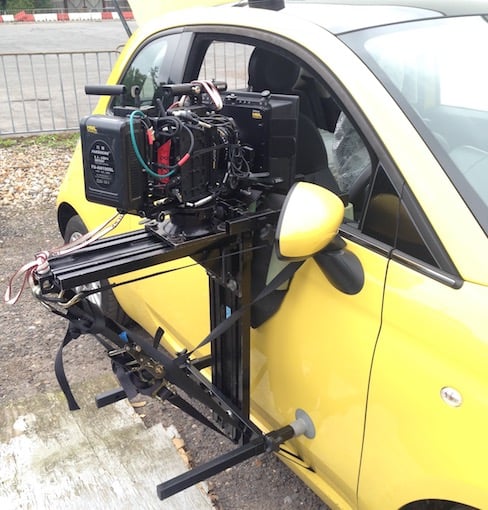 Duncan Jones, a.k.a. Zowie Bowie, followed up his low-budget masterpiece Moon with Hollywood sci-fi thriller Source Code, a sort of mash-up of Quantum Leap and Groundhog Day with a chilling twist. It takes place – predominantly – on a Chicago-bound commuter train, in reality, a set surrounded by green screen.

Jones has stated that shooting on a real moving train was considered but ultimately rejected in favour of the flexibility of working on stage. “Because we revisit an event multiple times, it was absolutely integral to making it work – and for the audience not to get bored – that we were able to vary the visuals. And in order to do that, we had to be able to build platforms outside of the train and be able to really vary the camera angles.”

In the DVD commentary, Jones also notes that the background plates were shot in post from a real train “loaded up with cameras”.

Cinematographer Don Burgess found it challenging to create the feelings of both natural light and movement. “The lights are never 100% constant,” he says. “We worked with computer programs where we actually move the light itself and brighten and dim the lights so it feels as if you are travelling.”

When I shot The Little Mermaid we did some train material against green screen. To make the lighting dynamic, the grips built “branch-a-loris” rigs: windmills of tree branches which they would spin in front of the lamps to create passing shadows.

Perhaps the most low-budget film on this list, Last Passenger, is a 2013 independent thriller set aboard a runaway train. Director Omid Nooshin and DP Angus Hudson wanted a vintage look, choosing Cooke Xtal anamorphic lenses and a visual effects technique that had long since fallen out of favour: rear projection.

Before the advent of optical – and later digital – compositing, rear projection was commonly used to provide moving backgrounds for scenes in vehicles. The principle is simple: the pre-recorded backgrounds are projected onto a screen which is placed at the back of the set.

For The Last Passenger, the filmmakers first rigged a real train with six Canon 5Ds, simultaneously shooting in all directions. “We captured a huge amount of footage, hours and hours of footage,” says Hudson. “That allowed us to essentially have 270 degrees of travelling shots, all of which were interlinked.”

Because rear projection is an in-camera technique, Nooshin and Hudson were able to have dirt and water droplets on the windows without worrying about creating a compositing nightmare in post production. Hudson also notes that the cast loved being able to see the backgrounds and react to them in real time.

Enabling the actors to see the background plates was also a concern for Yeon Sang-ho, director of the hit Korean zombie movie Train to Busan. He felt that green screen would make it “difficult to portray the reality” so he turned to the latest technology: LED screens. This must have made life easier, not just for the cast but for the cinematographer as well.

When you travel by train in the daytime, most of the light inside the carriage comes from outside. Some of it is toplight from the big, flat sky, and some of it is hard light from the sun – both of these can be faked, as we’ve seen – but a lot of the light is reflected, bouncing off trees, houses, fields and all the other things that are zipping by. This is very difficult to simulate with traditional means, but with big, bright LED screens displaying moving backgrounds you get this interactive lighting for free. Because of this, and the lack of post production work required, this technique is becoming very popular for car and train scenes throughout the film and TV industry.

Currently, this technique might seem out of reach of low-budget filmmakers. However, huge TVs are pretty common nowadays, so it’s not inconceivable that you could place one outside the window of a car to at least fill the background of a close-up. I wonder if anyone has tried that?