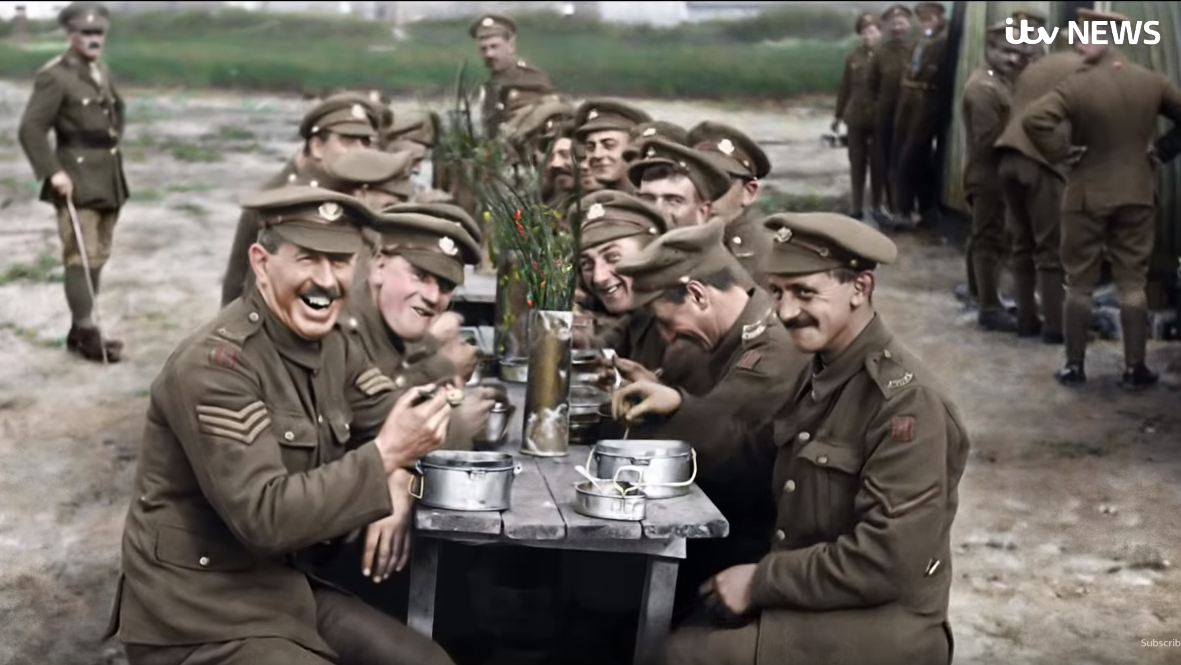 I sometimes think that we're protected from the full horror of the World Wars by the poor quality of the moving images from the two 20th century conflicts. Equally you could argue that the existence of film at all hammers home the gritty reality more than words ever could. But the results of Peter Jacksons' work support the former of these two suggestions. It's mind blowing. We'll talk about the technical side in a moment, but first, just look at the footage. It's astonishing. It's been stabilised, clocked at the correct speed, and very obviously (if you're familiar with film from this era) been cleaned up. And then it's had colour added.and effectively

Does adding colour make it more, or less authentic? I think more so, in the sense we can assume that these unfortunate participants in the film didn't have green faces or pink uniforms. You might even say that by adding colour, we're assuming less than looking at black and white film.

Ultimately it doesn't matter. The overall effect is that it makes it real for us. Seeing and hearing people from a hundred year-old conflict is all the more horrifying because, perhaps, we know what these soldiers and conscripts didn't know: the full scale and the horror of the war.

On a technical front, what this shows is that there is enough information even in old and flaky film, to reconstruct a viable reality. Of course there's temporal information in there as well as spacial. If one particular frame is really bad, the ones surrounding it are probably better. Modern technology is extraordinary adept at working seamlessly to create a result like this. But don't think for a minute that it wasn't hard work. Humans still weild and manage the tools to do this.

Anything that can remind us of the horrors of conflict within Europe is a good an necessary thing. Seeing these images is probably as close as we've yet come to time travel.

(Thanks to ITN for their report)