Amazing video showing the secrets of capturing a falcon in flight 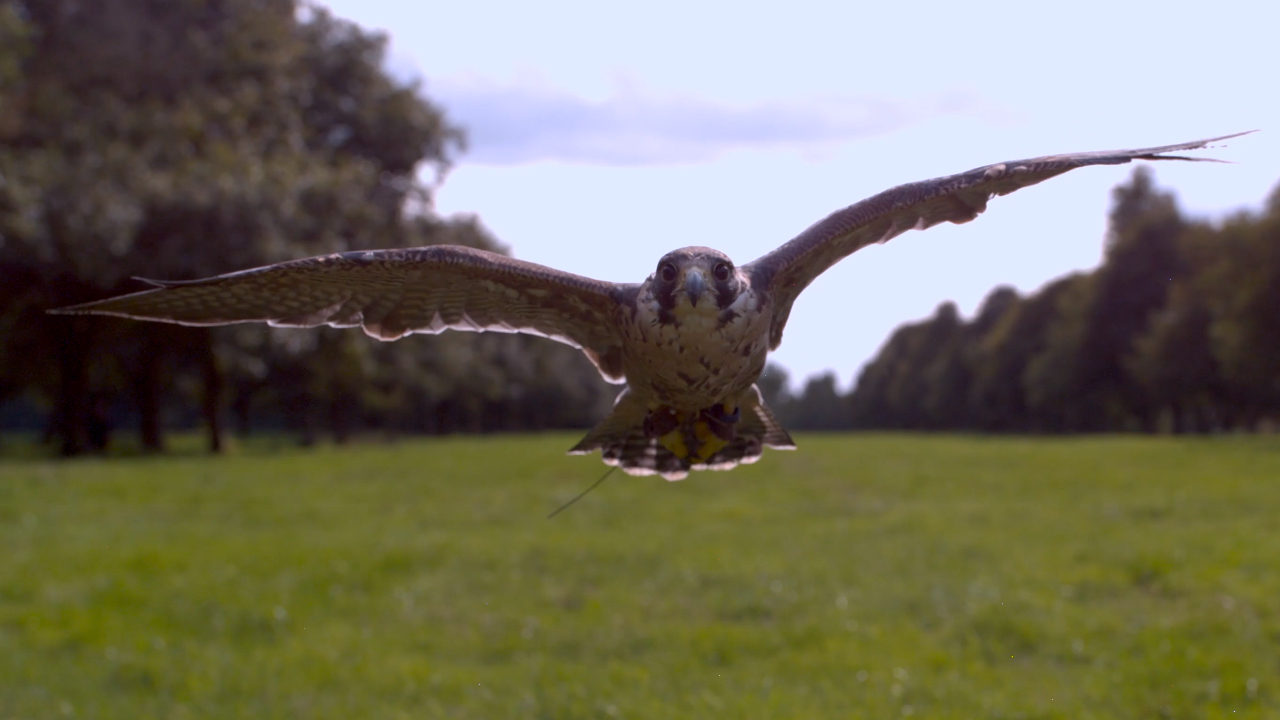 Incoming: if you are a rabbit, this is not a view you want to see. Ever.

How do you capture a peregrine falcon in flight from the point of view of its prey? The answer is to tie a lure to some very clever technology.

We’ve seen many cool developments in camera transport recently, but few can match the sight in the video below of Motion Impossible’s Agito robotic dolly speeding over uneven ground being chased by winged death in the shape of a peregrin falcon named Rudi.

It all works as a great illustration of what the upcoming four-wheel drive, 35mph, modular Agito system can do. But of course, it’s not just about the dolly. Signal is provided by Vislink’s wireless video system, and the falcon’s flight was captured by a Phantom Flex 4K ultra slo-mo camera mounted on an ARRI SRH-3 stabilised remote head. 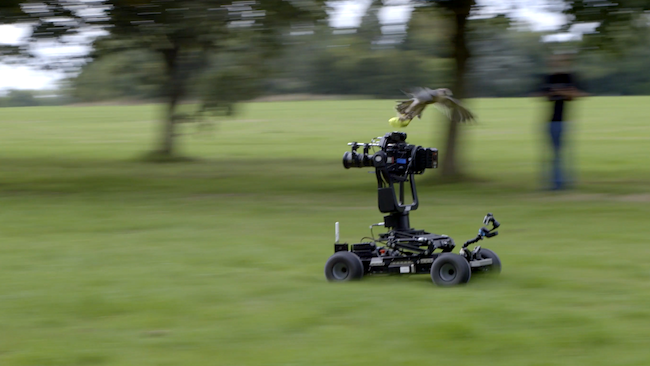 All in all the team made 18 runs with Rudi, before they then upped the ante and mounted the lure on a Motion Impossible M Pro robotic dolly. They then sent Rudi’s uncle, Noah, off after it, the Agito tracking alongside to capture a whole new angle.

It’s impressive stuff, especially given the smoothness of the finished shots and the lumpiness of the terrain. The Agito is not going to be cheap — list price is slated as £35k when it ships in December — but given that performance expect to see shots captured by it in anything from live sports to nature docs fairly rapidly.