If you love black and white, this could be your dream camera: RED MONSTRO MONOCHROME 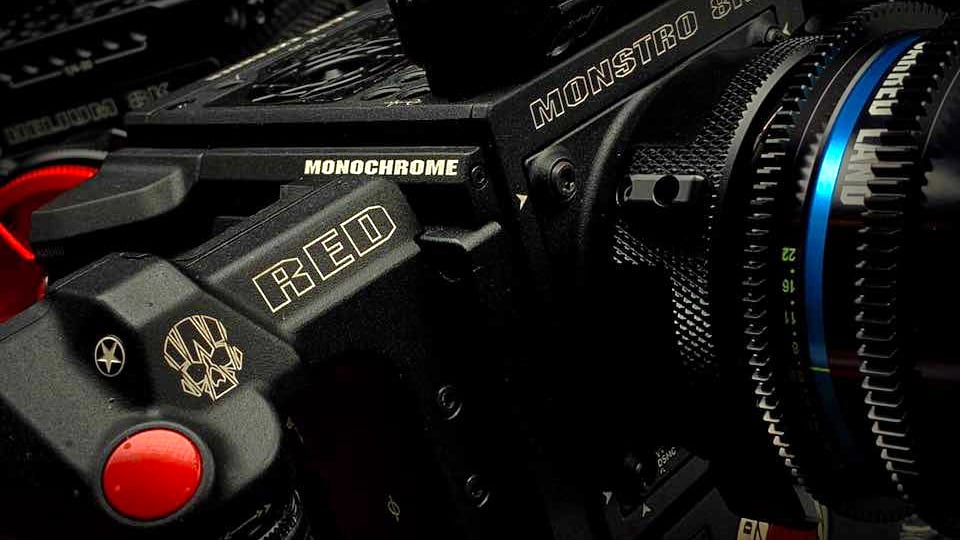 While it's not exactly an impulse purchase, if you need the best possible picture quality in monochrome, right now the RED MONSTRO MONOCHROME is probably your ideal camera.

RED'S flagshp Monstro 8K sensor is stripped bare in this new MONOCHROME version to give you what, surely, must be the best black and white video camera ever made. And possibly the oddest video format ever. Unless there are some other full-frame 8K monochrome cameras that we haven't come across yet.

And what a format! At this stage we can only imagine what the pictures will be like. But what we do know is what questions are being asked about this unusual, niche device.

To answer this very broadly, first, black and white has always had an artistic appeal about it. There's something about a monochrome image that cuts though, that's pure, and ironically, incredibly real. We probably all have our opinions on this but I remember seeing Woody Allen's Manhatten in the cinema in 1979 and I thought it was beautifully shot. A few minutes into the film, the lack of colour didn't matter any more. It's well known in television circles that the majority of the information in a picture is contained in the brightness information. That's how colour sub-sampling schemes like 4:2:2 are able to work as well as they do: as long as the brightness (Luminance) is OK, then you can reduce the resolution of the colour information almost without noticing it.

There is, too, the fact that many of us were brought up in an era of black and white - especially in Europe, where we didn't get colour TV until 1967, ten years after America.

Secondly, in essance, all you have to do to make a black and white camera is to leave the Bayer Pattern Filter off. Sensors are natively black and white. It's the filter that exposes photosites to particular colours. Leave the filter off and you get the raw resolution of the pixel array, and becaue the light doesn't have to go though the Bayer pattern, the net effect on the sensor is that it is able to capture more light and is able to work better in low light conditions.

So that's why capturing monochrome natively is better than shooting in colour and then removing it later.

Video from this camera will be extraordinary. With the full resolution of the sensor available for use, pictures won't just be sharper, but they'll be better too. There'll be less aliasing. Shapes will be smoother. Objects will be clearer.

I can't wait to see the results.