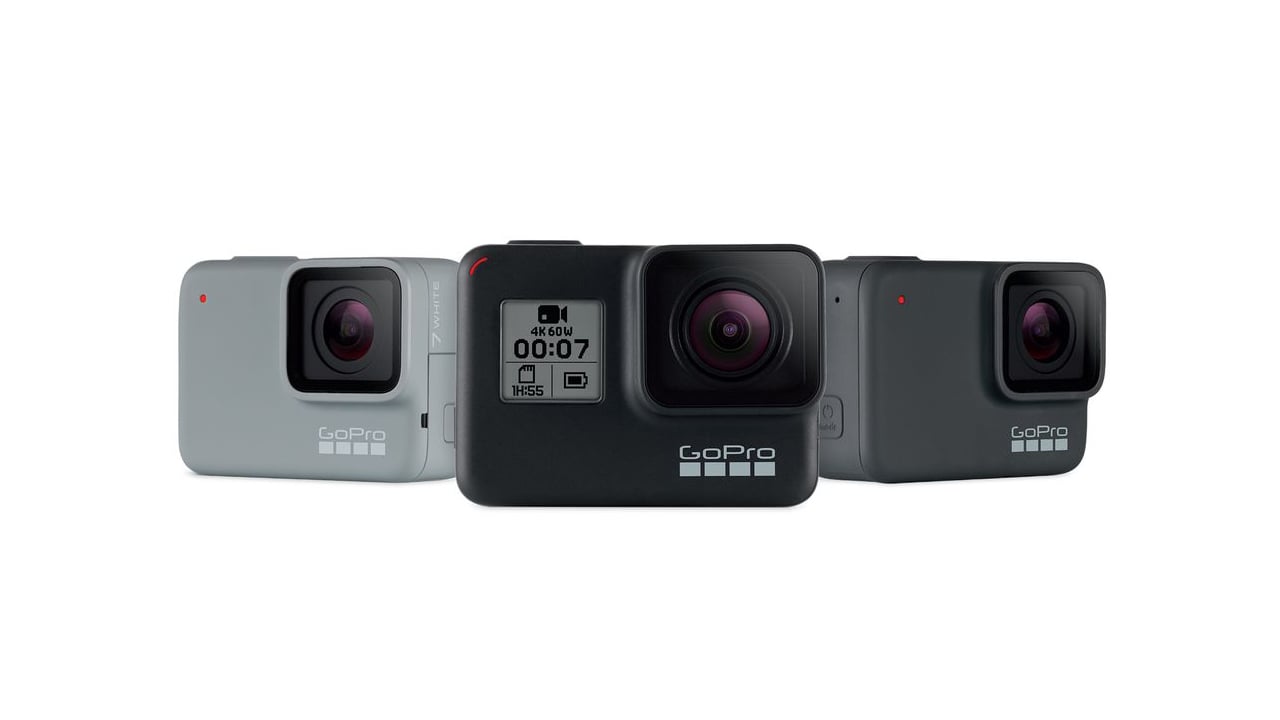 Only a couple of hours after a major leak spilled the news, GoPro officially raised the curtain on its all-new Hero 7 line-up, with an unsurprising focus on the new $399 Hero 7 Black.

First off though, we ought to point out that there are actually three cameras in the range: the $199 Hero 7 White, the $299 Hero 7 Silver, and then the $399 Hero 7 Black. There’s a decent spread of capabilities across the range too: the White tops out at 1440p with 10MP stills and 2x slo-mo, while the Silver at least takes you up to the 4K level at 30fps.

But it’s the Black that really captures the eye, using the GP1 chip that debuted in the Hero 6 to really drive performance onward with the new unit.

A lot of that power is being directed towards a new feature, HyperSmooth, which the company boats is “the best in-camera video stabilization ever featured in a camera.” Essentially it looks like this system uses the camera’s internal sensors to predict which way the camera is going to move next in realtime. Early reviewers seem to be of the opinion that this leads to impressive gimbal-like footage without the gimbal; with the added bonus that it works underwater and in the sort of high-shock and high-wind situations where gimbals can fail.

It’s a neat trick — potentially way beyond a trick too — and one that is going to radically improve GoPro footage. It also feeds into the new TimeWarp Video feature, effectively making timelapse easier than ever to pull off and making sure that you’re going to be seeing a lot of GoPro video on YouTube and Vimeo over the next few months (though this is restricted to 30x speed).

The Hero 7 Black is also the first GoPro to support live streaming, while also usefully recording to an SD card in HD. It supports 4K60 video, with ultra slo mo (billed here as 8x) in 1080p240, and 12MP stills. Still shooting has also added a lot of the features you would expect from the latest crop of smartphones, with the new SuperPhoto feature providing intelligent scene analyzation with automatically applied HDR, local tone mapping and multi-frame noise reduction. Finally, re-engineered audio captures increased dynamic range, while a new microphone membrane reduces unwanted vibrations during mounted situations

As we said, Silver and White get progressively less capable as you descend through the range, and neither feature the headline HyperSmooth stabilisation. But they all do carry a redesigned UI (“The feel of a smartphone,” says GoPro proudly), boast a new vertical capture mode which will make some social media sharing bit easier, and have a preset Short Clips feature for the same sort of job.

Pre-orders are open right now and the cameras are available from the 27th onwards (the 30th in the USA).

It’s an impressive comeback from a company that has been perceived to be on the ropes. Will it be enough? HyperSmooth could be the key.