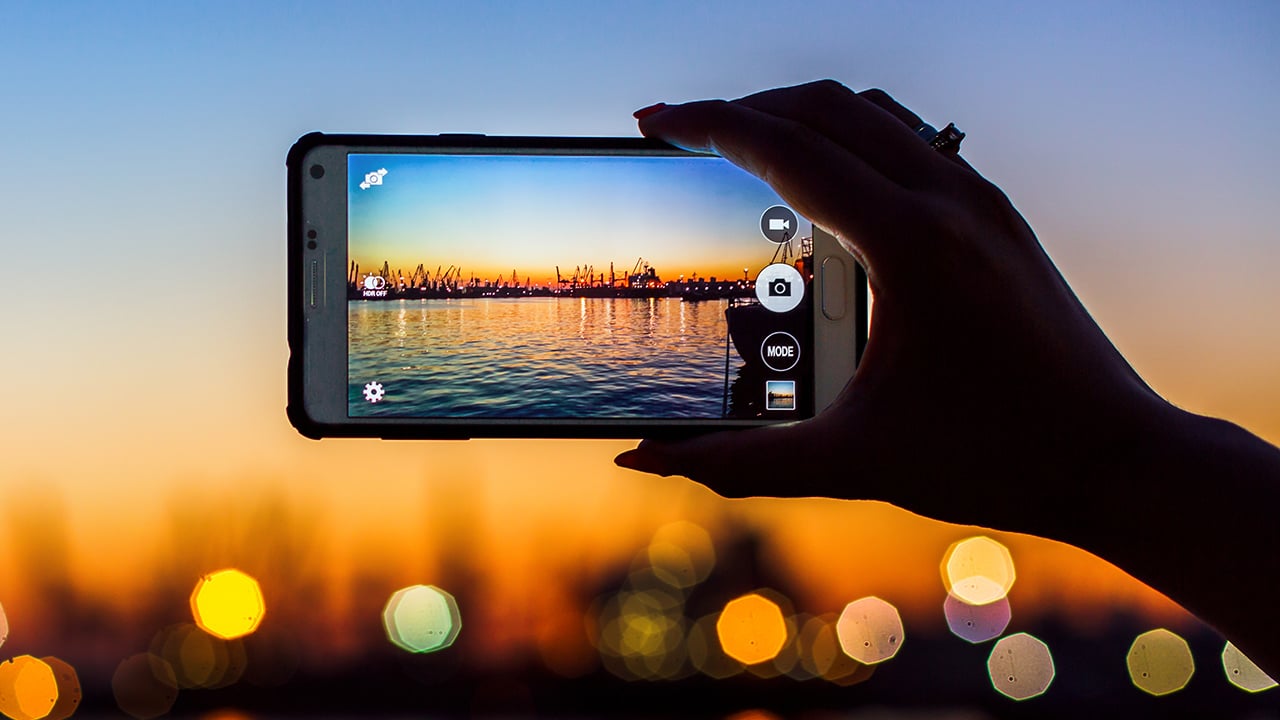 The latest iterations of the iPhone range will no doubt unlock the debate once again as to which phone has the best camera. While the yearly locking of stag horns takes place as various internet commentators emotionally defend their purchasing decisions, it is very easy to forget just how good phone cameras are, even on older models.

It is a sign of how far technology has come that even the camera on the iPhone 6S still holds up very well today, particularly if you are taking raw photos. In fact the camera on the 6S is still 12MP, which is the same resolution as the latest XS. There are differences of course, such as the larger photo sites on the new camera, allowing better low light photos to be taken. I’ll be testing the camera on the XS as soon as I receive the new device to compare it, but none-the-less, smartphone camera technology has opened up a lot of avenues for making photography accessible to everyone. No longer does the old excuse “I don’t have a decent camera” apply. We pretty much all have a serviceable camera, in our pockets, even if it isn’t the latest top of the range model. 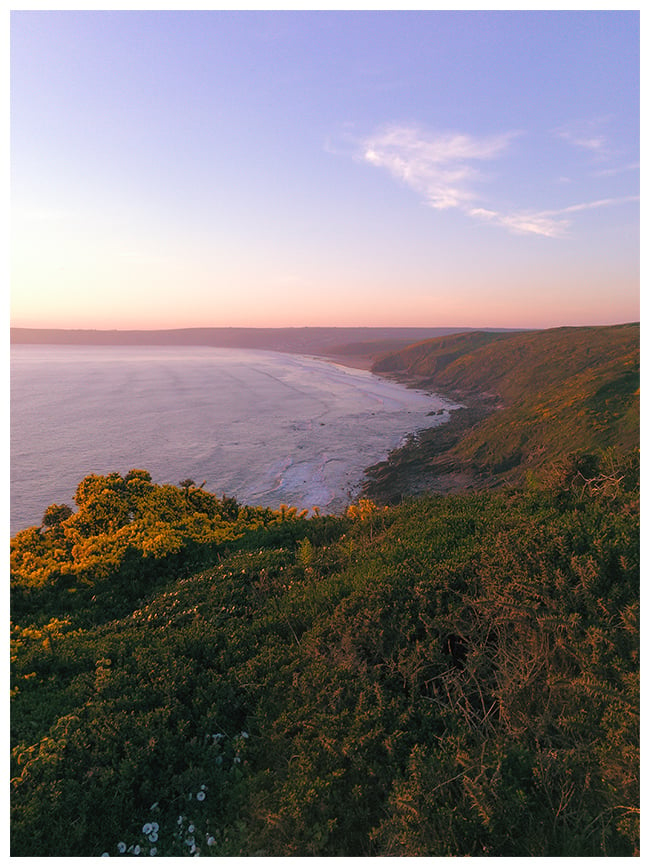 Sometimes light isn't predictable and your phone is the only imaging device you have with you. Taken with an iPhone 6S

Of course this doesn’t always go down too well in some ’professional’ circles. But the fact remains that it is now possible to take stunning photographs on a smartphone that you can quite happily have printed at a pretty decent size, and hang them up on your walls. In fact if you follow that link to the Mobile Photo Awards, some of the examples there are so good that the fact that the images were taken with a smartphone is now completely irrelevant. This doesn't stop some people from saying that the examples that, for instance, Apple uses when it launches a new phone were taken by talented photographers, and that this is therefore the reason why the pictures are so good.

Of course what gets lost in the thought process which produces such thinking is that this idea applies to every single camera ever made. Give a photography novice a Pentax 645Z camera, and it is doubtful that they will produce a shot worthy of Ansel Adams. Only a total Luddite would now claim that a phone is not a seriously capable photography tool, but yes, you do need to know something about photography to get the best from them.

In fact when I go out anywhere now I usually take my phone as a first choice rather than my now long in the tooth DSLR. I know other serious camera enthusiasts, and even some very accomplished professional photographers who do this fairly often as well. The reason for it is simple. The best camera is the one that you have with you. If you have a specific shot in mind, such as an epic landscape, then by all means schlep the DSLR up that mountain. If you have a magazine cover shoot with some models and you need all sorts of different types of sync lighting, and the optimum quality, again reach for the DSLR. But for street photography and other ad hoc types of photograph the modern smartphone is pretty much as useful a tool as it can possibly get.

But the advances in smartphone camera capabilities don't prevent me from feeling an slight innate shame sometimes if I turn up somewhere where photos are needed, and I'm using my phone rather than a DSLR. It is now time to shed such feelings and realise that if the phone is going achieve what you need it to, then that's the end of that. 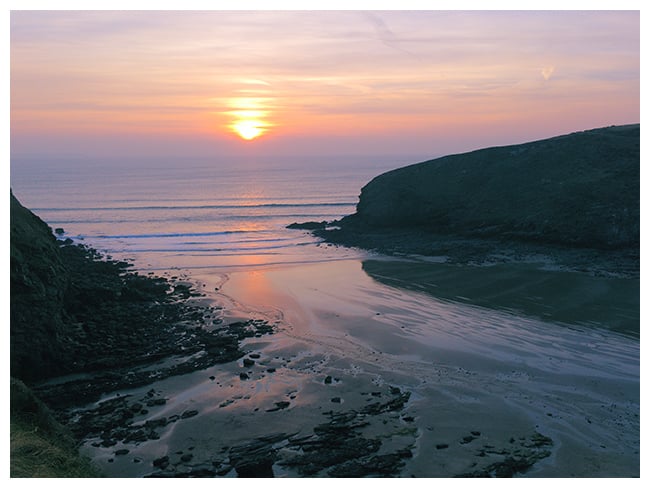 I never would have been able to take this photograph with a DSLR because I was walking to the pub at the time, and not long before it didn't look like the evening was going to produce a good sunset

There is one tiny little problem we cannot get around though, and that is that phones are limited. They have at best two optical focal lengths, though more commonly only one. Low light is much more of a challenge than for a camera with a large sensor, and battery life is limited and drains pretty quickly with the camera functionality activated. But one of the fun parts of working with a smartphone for photography is embracing the limitations. It forces the photographer to be much more creative. And this should remind us of something - a saying that we should use the right tool for the job.

Far from being a threat to traditional photography, the smartphone has become a supplementary tool. If you are going off to shoot fine art photography, or wildlife where you will need huge telephoto lenses, or high action sports where again a telephoto lens and fast, fine control over aspects such as shutter speed are required, the smartphone is not exactly going to have traditional camera manufacturers or photographers worrying!

But picture what are the most classic street photography cameras. It was rangefinder cameras such as the Leica M, or compacts like the Ricoh GR. Many of these, with the exception of the Leica, were fixed lens systems with only one focal length. Starting to ring any bells? Pretty much just like any modern smartphone. 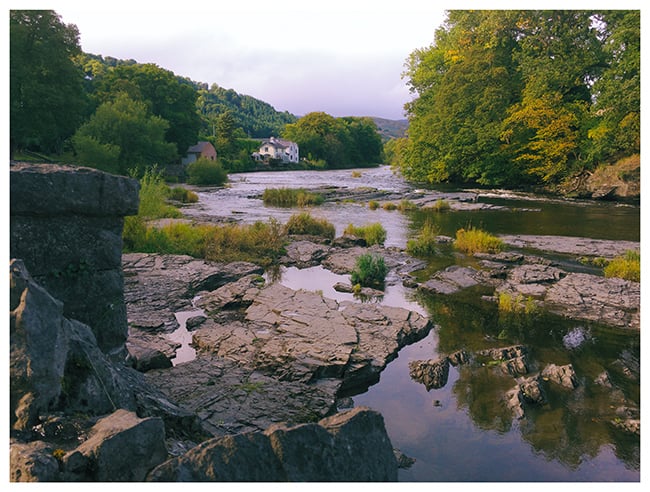 An impromptu walk in Llangollen after kayaking lead me to this place by the river. I hadn't intended to take photos, but by having a smartphone with me means that I always have that freedom if I want to. Taken with an iPhone 6S in Halide and messed around with in Dark Room.

Now that smartphones are so capable, with some of them offering either dual lenses or even optical zooms in some instances, and the ability to shoot raw, we now have the perfect digital street photography camera in our pockets. We can even edit the photos in a capable way using apps such as Lightroom Mobile and Darkroom. Here we have an extremely slimline box that slides easily into the pocket that allows us to take the photograph, develop the photograph, and then post it up to the public or even order online prints, all in one device. Not only that but it can take very high quality pictures with fairly minimal compromise.

Far from being a limited tool that should be viewed with disdain, the smartphone camera is in fact a truly useful and very capable tool when it it used for applications that suit its use.

And yet despite the fact that the smartphone has opened lots of doors, the use of such devices is still looked down upon from some quarters. It could be the accessibility to people who may not have traditionally experimented with photography before now that has produced such attitudes. After all there is a difference between taking a snap, and taking the type of picture that you’d like to hang on your wall. But the reality is that if your aim is to take a spectacular landscape composition for instance, the groundwork involved, which is the important bit, will be the same whether you are using a medium format camera or a Huawai P20 Pro.

There will always be room for the high end. Photographers such as the man I met in Uganda who was shooting panoramic medium format positive film stock pictures using a plate camera. He never posted his pictures on social media, and in fact rarely showed them in public. They were stunning, yet he told me his hit rate for pictures that he keeps was as low as three, if he was lucky, per year! That’s dedication and ruthless quality control for you! But never forget that a great picture is a great picture no matter what sort of imaging device it was taken with.