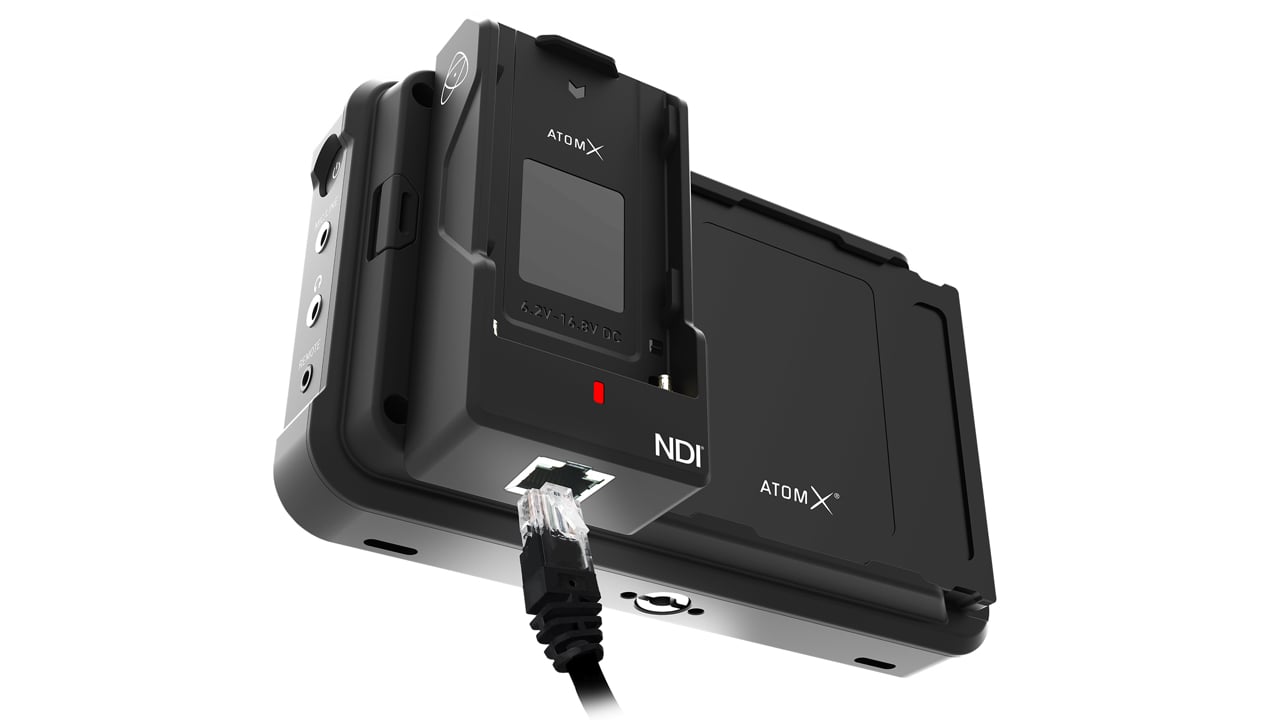 Australia’s Atomos has unveiled two new AtomX modules for its highly-anticipated Ninja V 4K HDR monitor/recorder, which is on target to reach stores before the end of the month and also heralds a new version of AtomOS.

The wait for new products to actually be available to buy can seem interminable sometimes, especially when they’re rather eagerly awaited. So it’s good news to hear that in a factory somewhere someone has pushed the button and the $695 Atomos Ninja V’s are rolling into mass production.

It’s probably good news for Atomos too, the company pointing out that the 4k 10-bit HDMI output and Log gammas from several of the new mirrorless cameras to hit the market — with more to come at Photokina perhaps — are good fits for the unit. Not an opportunity to be missed.

To coincide with its release, the company is also updating the AtomOS operating system, promising a ‘ground up’ redesign to provide simpler operation with extensive use of swipe commands. Redesigned icons have an emphasis on easier HDR production, while waveform monitor and audio level meters have also been made clearer.

As to the new modules, which add an impressive amount of potential additional functionality to the unit, these are products of close relationships with Newtek and Timecode Systems respectively.

The $149 AtomX Sync module, meanwhile, brings wireless timecode, genlock and Bluetooth control to the Ninja V, allowing users to sync and/or control “literally thousands” of Ninja V units equipped with AtomX Sync modules on the same network at ranges of up to 300m. This raises the entertaining prospect of making it easy to integrate large sensor consumer cameras into traditional live productions. Or, more prosaically, allowing vloggers to sync a mirrorless camera to an audio device for perfect automated sync sound . The unit also features a built-in battery extender that allows for continuous power when swapping batteries, ensuring uninterrupted operation during a shoot.

It’s all rather neat stuff and makes what is already a useful tool into the potential key enabler for a really flexible production ecosystem. No word on release dates for the AtomX units: we’ll keep you posted.