If you want to stabilise your shot, what's the best option? 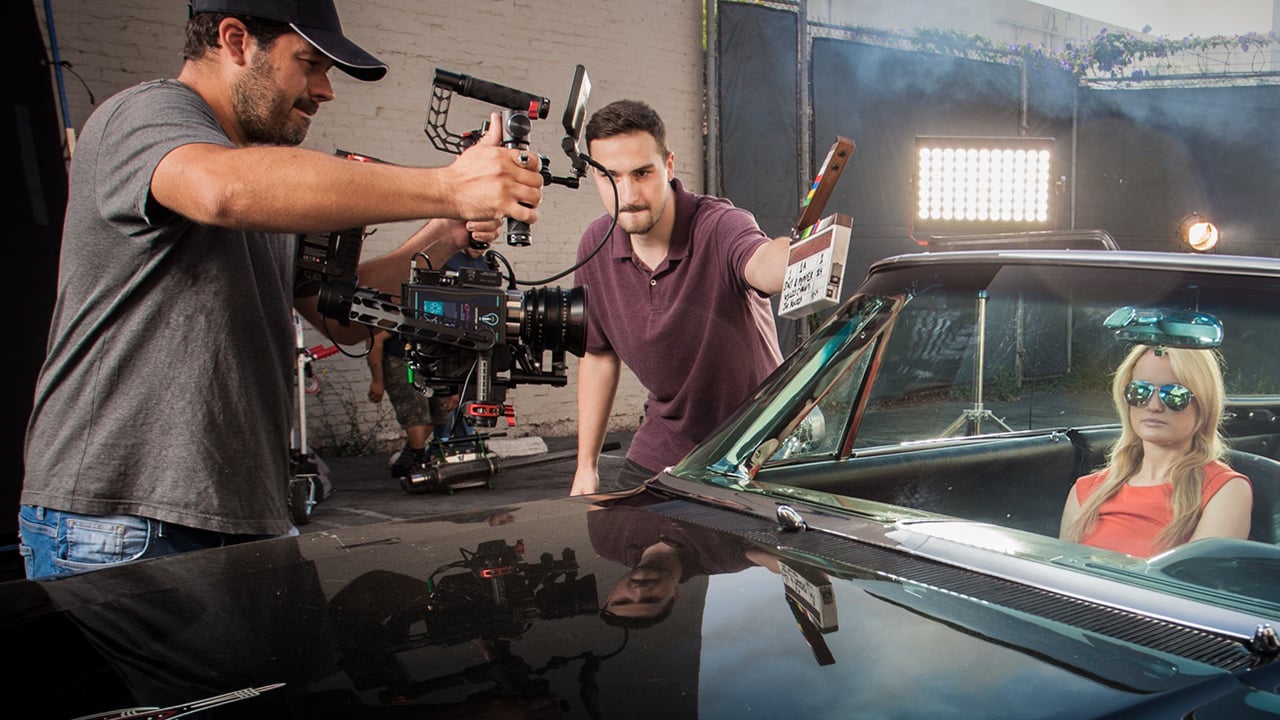 Which is best, a gimbal or a device like a Steadicam?

Gimbals, such as those from DJI, Feiyu, Zhiyan and Ikan, are wonderful things. For a start, they've made drones useful. There actually were camera drones before there were widely available gimbals and they really weren't all that useful, because multi-rotor aircraft don't sit level in the air unless they're stationary. The early days of drone footage were limited to endless portentous push-ins with the camera aimed desperately straight down the line of advance in order to keep the horizon level. Gimbals solved all that and all at once took a small bite out of both crane and helicopter camerawork.

But it has been a fairly small bite, so it's probably about time we had a chat about exactly what gimbals can do and, crucially, what they can't. Hopefully, this will be useful next time someone from production questions that Technocrane order. Some of the limitations with drones are fairly obvious – mainly, they're noisy, so they simply can't be used for dialogue scenes. But there's been at least some talk of gimbals somehow being a replacement for some, or even most, Steadicam work, and that's a slightly more complicated question because, sure, there are some things that Steadicam can do that a gimbal can also do.

The difference between Steadicam and a gimbal

The way Steadicam and gimbals work is related, at least in part. The most obvious part of a Steadicam-style stabiliser is the spring-loaded arm which acts as a sort of spatial low-pass filter to the instability of the operator's body. The arm, though, is at least arguably not the main act. The main thing that makes a Steadicam work actually is a gimbal, though not a motorised one. The gimbal in a Steadicam is designed to ensure the rotating axes of the camera assembly are isolated from the operator in roll, pitch and yaw. There are small, handheld Steadicam-style stabilisers that don't have the arm or at least only optionally have the arm, and they work shockingly well.

Both approaches share many of the same fundamental limitations, principally in that they work well for shots without significant parallax. Often, a dolly shot will be designed with objects in both the foreground and background, so that the three-dimensional movement of the camera is revealed by the fact that nearer objects move through frame faster than more distant ones. This doesn't work nearly so well with stabilisers that only stabilise in rotation. Without lateral stabilisation, things near the camera will appear to bounce around against the background.

There are a few other things that can make gimbals tricky, although they're all fairly manageable, given adequate numbers of people and facilities. Handholding a gimbal, especially one capable of supporting a cinema or broadcast camera, is an exercise in holding a heavy weight at arm's length. It is probably harder work even than Steadicam, and Steadicam is infamously no walk in the park over the duration of a 90-minute sports match. Gimbals can also be mounted on one of several body-worn supports, which largely solves the problem.

Perhaps the thing that most attracts people to gimbals is the instant gratification. A Steadicam operator straight out of the standard one-week introductory course is still several hundred hours of intensive training away from employability. Even entry-level equipment costs as much as a midrange car. Even very basic shots will suffer terribly in the hands of a beginner. Below a certain rather high level of ability, an operator is essentially unusable, and that, plus the equipment, makes Steadicam expensive.

Conversely, a gimbal costing a few thousand will produce a perfectly level horizon after a brief setup procedure and the only problem is then maintaining a workable frame. People working in different disciplines (news, documentary, drama) differ wildly on their demands and expectations, but gimbals are perhaps at their best when used with one person to carry and one sitting at a remote monitor, in comfort, ensuring the camera is pointing in the right direction.

Perhaps the most flexible pieces of camera equipment combine dolly, crane or Steadicam with a gimbal. Recent gimbals can function as a remote head when mounted to any other piece of grip equipment. There have been various approaches to this, from placing at least one axis of a gimbal on top of a Steadicam to mounting a conventional gimbal on a Steadicam arm. And yes, the Steadicam trademark is applied to at least one such device. Whether that heralds the future or not, the basic technology of tiny solid-state gyroscopes and brushless motors seems likely to endure, because they do certain things with the sort of inhuman precision that previously required a dolly the weight of a small car.