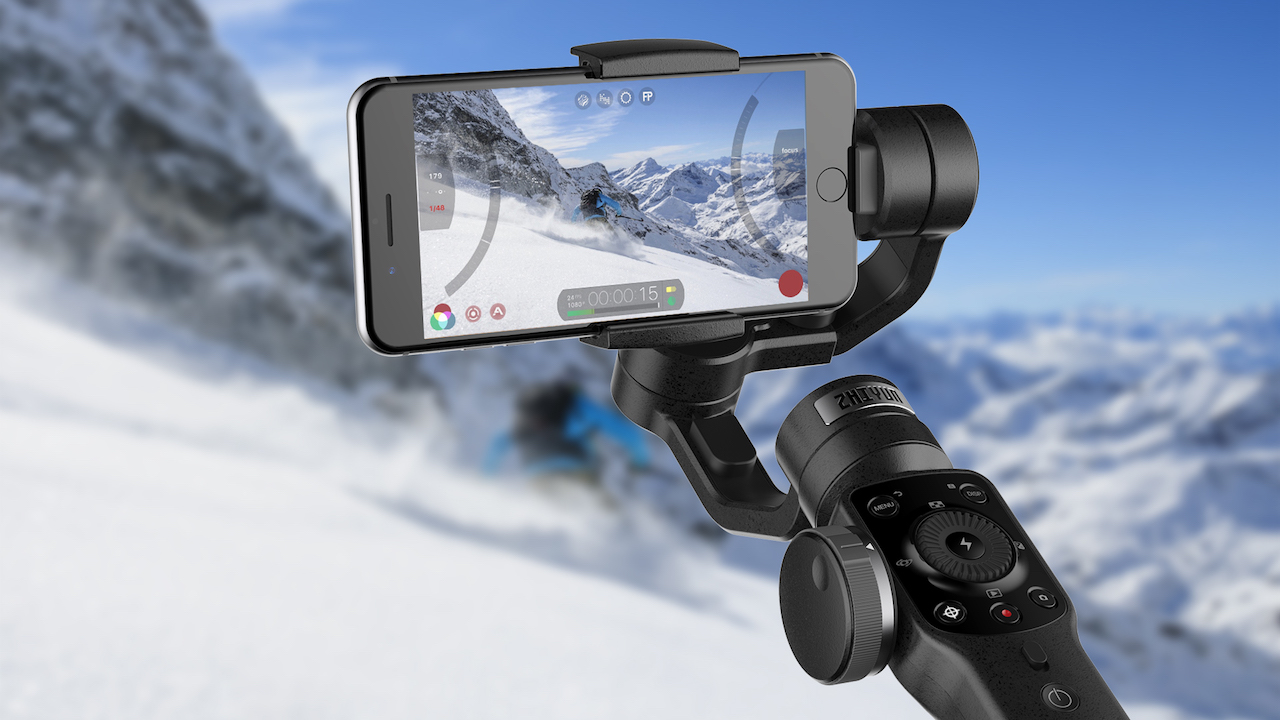 One of the more interesting collaborations that people heading out to Amsterdam will be able to see at IBC is one which sees Zhiyun’s Smooth 4 gimbal closely integrated with the FiLMiC Pro app.

Filming on smartphones tends to be one of those polarising issues that produces a froth in the comments sections of the site, but regardless whether you think it is the future of our industry or a diabolical heresy, having better tools to do it with is a bit of a no-brainer.

FiLMiC and Zhiyun uniting to bring a decent level of integration within the iOS and Android FiLMiC Pro app and the Zhiyun Smooth 4 3-axis handheld gimbal is exactly the sort of thing that helps in the area too. Essentially it has mapped the gimbal’s controls onto the app’s software via Bluetooth, allowing for one-handed operation while holding the gimbal rather than a rather inelegant ‘one-hand holding another stabbing at the screen’ that users will have had to endure before.

Along with the ability to start and stop recordings directly from the Smooth 4, the control mapping allows the ability to use the side handwheel for responsive focus pulls and cinematic zooms; manual override of focus and exposure in any mode; quick lens selection to switch between front, rear, zoom and tele lens directly from the gimbal; and lock and unlock focus and exposure reticles with a single press on the Smooth 4 thumbwheel. A quick mode selector allows users to effortlessly progress through three shooting modes (Reticles, Full Auto and Manual).

FiLMiC reckons that not only is the deepest level of integration with their software and the most tactile to date, but having a good look at some of the videos the company has produced it also looks like users will be able to address the majority of their day to day shooting situations without having to touch the screen at all. And no finger smears on the screen, again, is something that everyone can get behind.