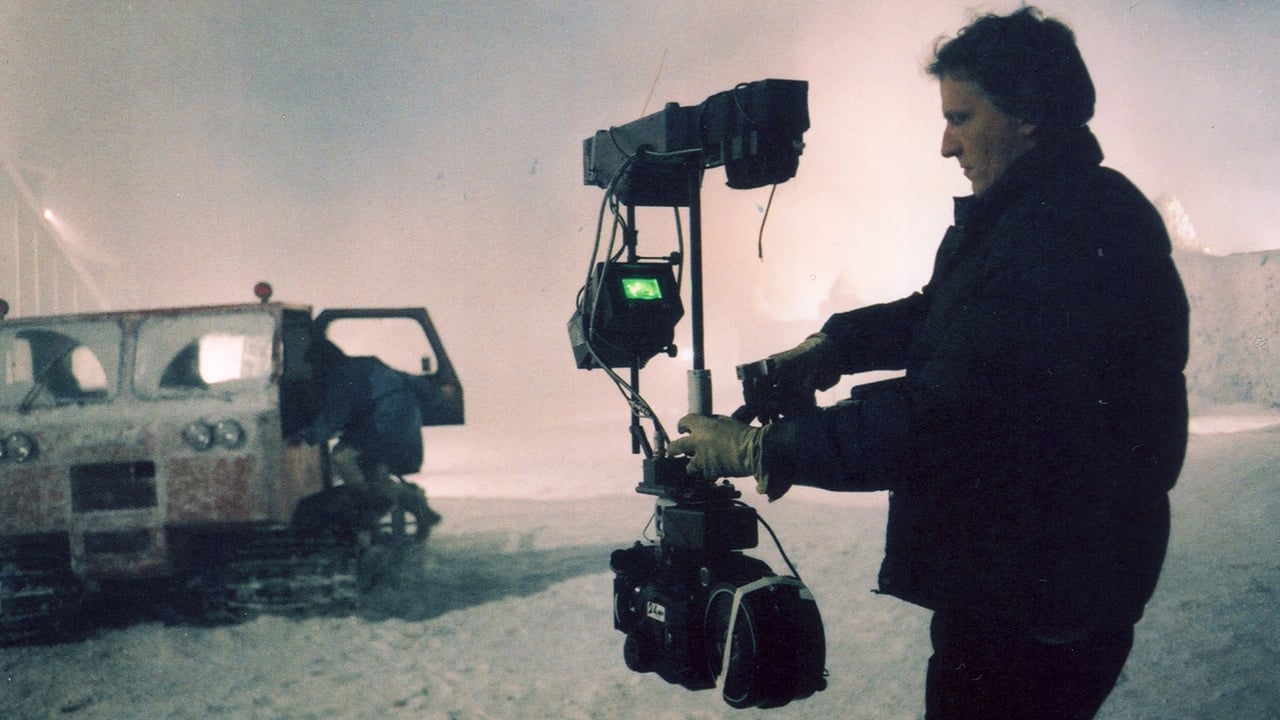 Garrett Brown, inventor of the Steadicam, on the set of The Shining

Long takes are the calling cards of great directors. Not just any old Joe or Jenny has what it takes to deliver a really meaningful long take. Think of trying to coordinate extras, stunts, locations, lighting, as well as managing the performance and cinematography, and you can start to feel the headache building before we even begin…

The secret to a great long take is that it carries meaning above and beyond the technical chops it illustrates. Immersive, engaging, intimate, the long take at its best should be almost invisible and at the same time, the spectator should somehow feel themselves to be in the midst of some serious movie magic.

Of course, we have to start with Godard’s masterpiece, Weekend. The scene opens on a traffic jam/microcosm of French society that quickly turns from the sublime to the ridiculous: the red white and blue of the tricolour, the constant belligerent honking, the queue jumping and blocking, and a passive aggressive picnic, the spectator is subdued into enjoying what is an exceptionally long, long take coming in at just over 7 minutes. While we chuckle about the stereotypes of French life we see unveiling, the final reveal as to the cause of the bouchon is a truly shocking cinematic moment.

Spielberg’s directing virtuosity is abundantly obvious in the stand-out brilliant, Jaws. Not only is this the film with the big fish and some of the most oft-quoted lines out there (“You’re gonna need a bigger boat”), it’s rightfully held up as a masterpiece of blockbuster film making. Skilfully constructed with storytelling that is second to none, it’s also got a heck of a mini long take that is worthy of note.

The scene takes place on the car ferry as Brody and associates travel across the bay. What makes this shot so deserving of a place on our list here, is that it has to be the world’s best car ferry shot ever (and perhaps the only one?!). The fact that the camera remains static as everything moves around it in all sorts of directions, really makes it jump out. Good old Spielberg.

The infamous Copa Cabana long take in Goodfellas is like a vintage wine – a director at the top if his game who knows exactly when to execute the right shot at the right time. This symbolic long take illustrates what the main protagonist aspires to: doors magically opening for him, crowds parting, being greeted like a VIP. The lifestyle he wants is all there and waiting for him, he just has to deal with the unseen side of life, the shady underbelly of a glamourous club, in order to get it. Technically of course, this is one hell of a scene. The choreography of the extras, the lighting, the locations, the steps! All navigated smoothly thanks to ace stedicam operator, Larry McConkey.

La Haine is full of beautifully crafted film making. The shot in question, has to be the seemingly innocuous long take that occurs as Saïd and Vinz stroll toward Hubert’s gym. A wide long take like this really firms up the film’s classic realism shtick and reveals some heavy duty social commentary. This estate is devoid of life, opportunity, development, and as the camera halts its journey while the friends disappear into the distance, it also reveals that the guys of les banlieue are stuck… forever.

Dystopic films have a knack of really keeping you on the edge of your seat. Life in the new world order makes you wonder if it would even be worth staying alive for – The Road anyone? There are a few long takes in this film but we’re focusing on one. The car ride shot in Children of Men functions as light relief, at first. There’s a cute moment with the ping pong ball trick, the snoring jibes and general bonhomie. Things turn south pretty quick however, and what follows is masterful film making. The timing of the flaming car, the extras pouring through the woods, the motor bike and passenger stunt, the windscreen and then the final glancing moment of the two dead cops – beautiful.

There are just so many to choose from… the opening sequence is made up a series of long takes and the effect of this is to create a wandering omniscient observer who is impervious to the extreme brutality of the situation. This is a great example of an enigma opening. Why is Di Caprio speaking a strange language? What’s going on with the boy? A rare thing indeed when it comes to exposition in an opening sequence, this is one expertly crafted long take from Iñárritu. Then again, if anyone knows how to pull off a long take, after Birdman, it’s this guy.

The tracking long take that opens Spectre is outstanding. The film opens on the Dio de Muertos parade complete with serious amounts of extras dressed in macabre wedding gear. After latching onto Bond in disguise, we follow him as he sets off in the opposite direction with a mysterious lady. They enter a busy hotel, and it seems like Bond’s luck is in but after a brief snog, Bond leaves the woman, whips off his costume and hops out of the window onto a precarious ledge high above the parade dropping a little spy doodad in his ear. After a casual jog along the roof tops he takes aim into the window of the building opposite. With a terribly British, “Bottoms up” the scene finally cuts to the reaction shot of the pair of ne’er do wells inside the building. Gorgeous, funny, gratuitous – a cinematic Bond moment for sure.

Of course, any list of this nature is sure to generate a whole host of outrage at the films we’ve left out – there just isn’t space for everything we wanted to include, believe us, we tried. To try to atone for this, here is a roll call of honourable mentions:

Any others that we’ve left out? Let us know in the comments!