iMac Pro is the most powerful iMac there's ever been. Here's our review 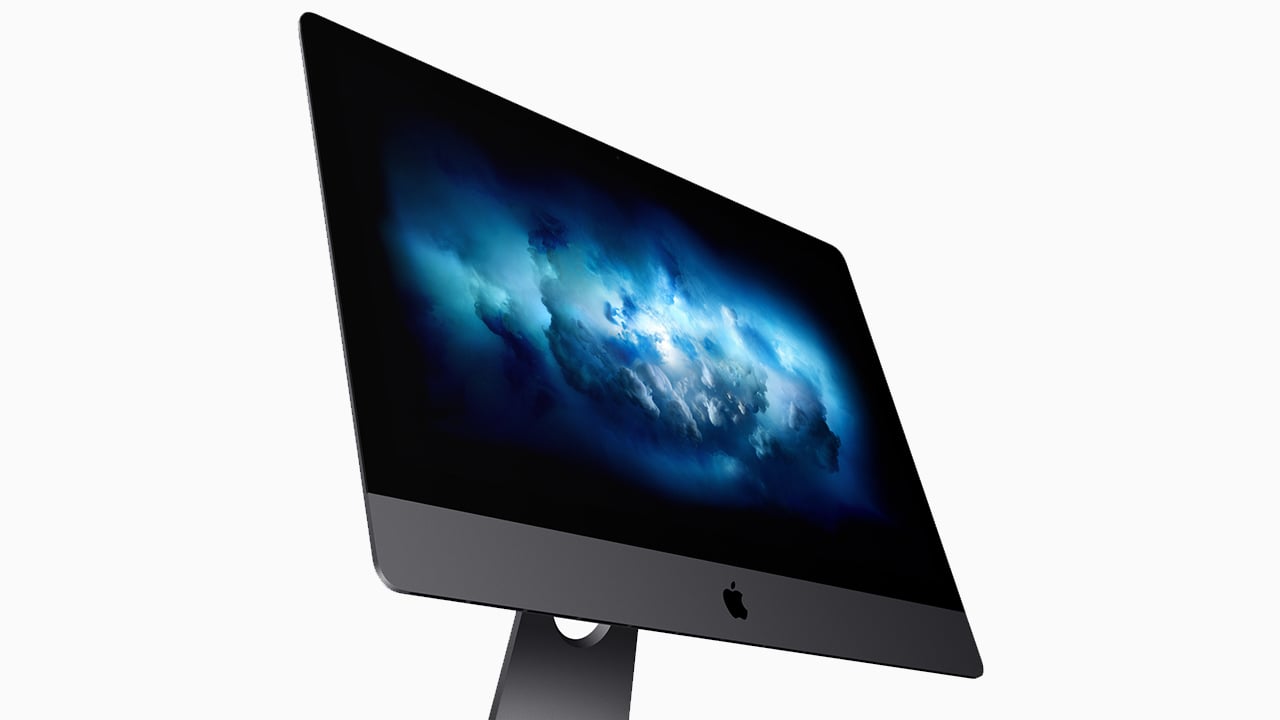 Is an iMac Pro worth the investment? Read our real world review to find out!

At the start of the year, the creative shop where I edit picked up three iMac Pros to upgrade our systems. In the past seven months, the iMac Pros have proven to be workhorses, running Premiere Pro, After Effects, and DaVinci Resolve with ease. Underneath its appealing, all-in-one, space grey enclosure, the iMac Pro delivers serious performance.

The iMac Pro line starts with the 8-core 3.2GHz Xeon W, but I believe the sweet spot is the 10-core, which we purchased. These feature the 3.0GHz Xeon W CPU, 64GB of RAM, and the Radeon Pro Vega 64 (16GB VRAM) GPU. Blackmagic’s Disk Speed Test clocks the flash SSD storage at averaging over 3,000 MB/s write and 2,300 MB/s read - making them the fastest of any Mac. The most useful element is their improved connectivity over standard iMacs. There are four Thunderbolt 3/USB-C ports, four USB 3 ports, an SDXC card slot, and a 10Gig Ethernet port. Built-in 10GigE enables direct connection to our QNAP NAS shared storage, without requiring a separate Thunderbolt-to-10GigE adapter. The iMac Pros ship with a wireless Bluetooth keyboard and mouse, so you won’t lose any USB ports to connect these. 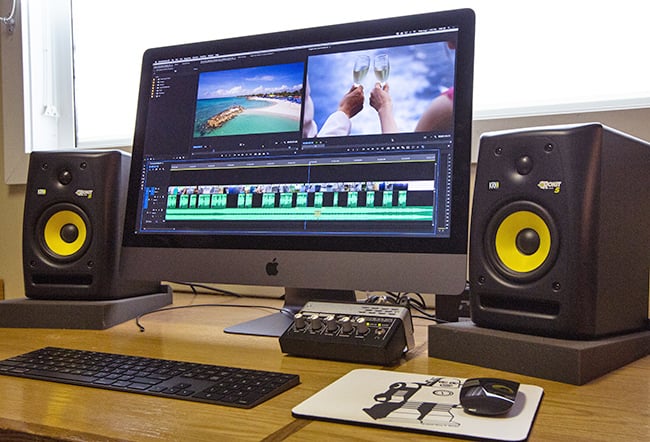 The 27” screens are the same resolution as the 27” Retina 5K iMacs. They have a raw pixel resolution of 5120x2880 pixels, but that’s not what you see in terms of image and user interface dimensions. To start with, the default display setting (middle scaled option) is 2560x1440 pixels. Retina is Apple’s marketing name for high pixel density. This is the equivalent of DPI (dots per inch) in print resolutions. According to a Macworld article, iMac screens are 218 ppi. Apple converts a device’s display to Retina by doubling the horizontal and vertical pixel count, resulting in smoother text and diagonal lines, finer detail, and so on. The iMac Pro screens are also brighter than before (up to 500 nits) and calibrated for P3 color space.

The value in your investment

Future-proofing and upgrades are the biggest negatives thrown at all-in-one computers, particularly the iMac Pros. While the user can upgrade RAM in the standard iMacs, that’s not the case with iMac Pros. Upgrading RAM in the future requires a trip to a service facility, such as the Apple Store’s Genius service. This means that in three years, when you may want the latest, greatest CPU, GPU, storage, etc., you won’t be able to swap out components. In reality, few users ever really do this. Part of the dichotomy is buying what you can afford now and upgrading later, versus stretching a bit up front and then not needing to upgrade later. Apple is pushing the latter approach and they probably have buyer data to back that up. 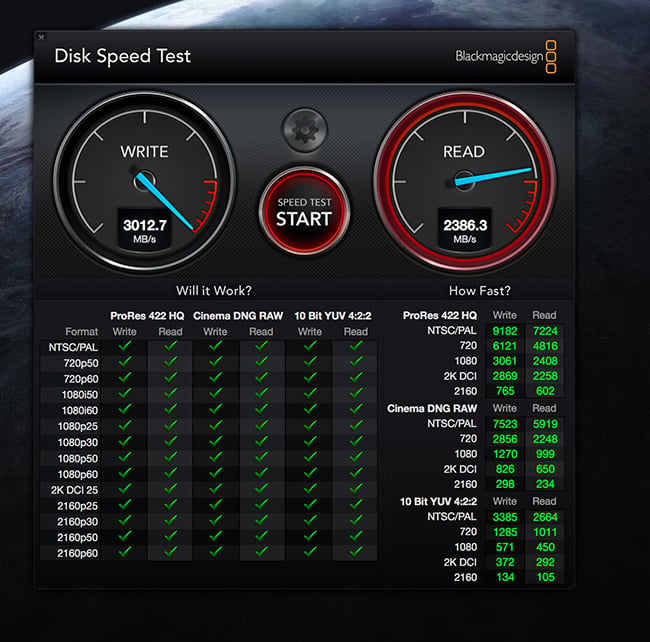 I ran a series of performance tests when we first installed the new iMac Pros. This let me compare the three Mac models in the shop - iMacs, iMac Pros, and a 2013 Mac Pro. These tests included playback and encoding using Final Cut Pro X, Premiere Pro, After Effects, Adobe Media Encoder, and Compressor. Source media included DJI MP4, RED RAW, and ARRI ALEXA ProRes files. Sequences were multilayered and included effects, like picture-in-picture, color correction, and blurs. In addition, I ran the BruceX test in FCPX. BruceX is a synthetic 5K benchmark test sequence, which uses only stock generators from within the application. While not “real-world”, it’s a pure test of the application and system, without needing to compensate for media types and storage devices.

The iMac Pro came out ahead in nearly every test I performed. The 2013 Mac Pro bested it in two tests, but not by much. Those were the exceptions. The most dramatic, was the BruceX test. The iMac Pro came it at :14 - half that of the other two Macs. When I compare the iMac Pro to the other iMac across all of these tests, the Pro averaged 48% faster. Compared to the 2013 Mac Pro, it was 85% faster. The iMac Pro’s performance against the combination of the slowest machines (either iMac or Mac Pro depending on the test), showed it being a whopping 113% faster. But it only bested the fastest set by 20%.

I will say that installing these three machines was the easiest I’ve ever done, including connecting them to the 10GigE storage network. The majority of our apps come from Adobe Creative Cloud, the Mac App Store, or FxFactory (for plug-ins). This made it a breeze and is certainly part of the attraction of the Mac ecosystem. Seven months later, the investment in the iMac Pros has proven to be a good one.